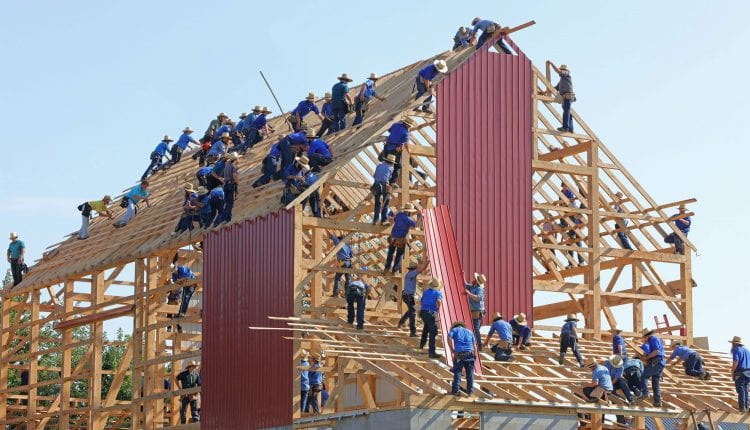 The government has announced that it is considering to tackle the housing crisis by allowing people to have a mortgage of up to 50 years that could pass between generations, allowing more people to build up equity rather than pay rent.

Mortgage experts say that the idea could bring some benefits, but point out potential problems including children being saddled with debt, and the fact it would not tackle the fundamental issue of housing supply.

The idea of multi-decade mortgages being transferred between generations is not new and has been pioneered in Japan, where 100-year family mortgages have been offered for some time.

Research by estate and lettings agent, Barrows and Forrester, has revealed the eye-watering sums of interest that homebuyers could be facing, should they buy into the government’s latest plans to ‘help homebuyers’ by offering them a 50 year mortgage.

Currently, the only mortgage product similar to the government’s 50-year proposal is a 40-year term offered by the likes of Habito.

Over a 50-year term, this means a homebuyer opting for a 50-year mortgage would pay a total of £472,984 in interest alone – over double what they initially borrowed.

This climbs to £683,855 when considering the total cost of the loan and when factoring in the 25% deposit, it would place the cost of homeownership at £754,145 – almost three times the original value of the property.

But could it be worth it in the long run?

Based on historic house price data and price forecasting, Barrows and Forrester estimates that the average UK property could be worth £541,555 in 2072. So at first glance, the answer would be no.

However, when factoring in historic inflation rates and also forecasting inflation going forward, this average property value could climb to almost £2.3m, meaning that even when paying through the years on a 50 year mortgage term, you could still see a healthy return on your investment when it is finally paid off.

By spreading the repayments over longer – the average for mortgages taken out this year is 29 years – buyers should be able to borrow up to eight times their income, rather than the current average of 3.2 times, say potential providers. The loans would be backed by borrowing from pension funds and insurance companies rather than against less stable consumer deposits, to satisfy the Bank of England’s prudential requirements.

“There’s certainly nothing creative about the government’s manipulation of the housing market. Their failure to build more homes while consistently introducing schemes to boost buyer demand has caused house prices to climb to record highs.

“Now they’re considering snaring buyers into 50 year mortgage terms, a move that plays on the desperation of many to own their own home, who simply can’t contend with the high price of buying in today’s market.

“In doing so, these buyers would essentially be stuck renting from the bank well into their golden years, paying exorbitant levels of interest for the pleasure of doing so.”

Graham Taylor, the managing director of the mortgage firm Hudson Rose, said the idea had complexities. “On the face of it, it seems like a great idea,” he said. “But the problem remains that the loan would need to be affordable for all the original applicants and also the children who inherit it. Otherwise, the children could risk inheriting a liability they are unable to manage, which, when secured against your home, has catastrophic consequences.”

Other potential complications include that when a property is passed on to children, inheritance tax could be liable, and the prospect of people having to maintain payments into retirement.

Perenna, a new firm awaiting its licence, plans to offer the long-term loans. Its co-founder, Colin Bell, said: “Long-term fixed-rate loans really appeal to first-time buyers. One of the reasons they can’t get on the ladder is they don’t meet affordability tests that rightly have to take into account interest rate rises. They can get a mortgage, but it’s a small one.”