The decision as to whether to rent or buy will become more clear in 2013, as outside factors make purchasing a property unlikely. 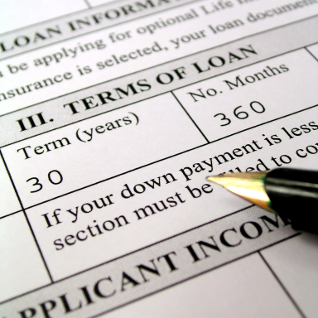 A cultural shift in favour of renting property rather than buying looks set to continue into 2013, predicts Dorian Gonsalves, CEO of Belvoir Lettings.

“An analysis of data confirms that there has been a change in cultural attitude towards renting property in the UK and that this change is likely to be permanent,” said Dorian.

Throughout 2012, there were several major economic influences on the rental market. These included:

“How the economy performs affects the rental market in two ways,” said Dorian. “Firstly, key factors such as inflation, wages and unemployment will impact on what tenants are able to afford. Secondly, the economy’s performance impacts on consumer confidence. The lower consumer confidence is, the less likely it is that people will buy property and the more likely it is that people will rent to enhance their mobility.

“This is a key factor, which affects rental income for both tenants and landlords. From a tenant perspective, if wage growth is higher than inflation, they can afford to pay more. If it is lower, their disposable income is restricted so it is tougher for tenants to afford rent increases.

“Unemployment rates fell in 2012 and, according to the Office for National Statistics (ONS), are currently at 7.8%. Despite the doom and gloom around the economy and debt, unemployment actually fell in 2012. For 2013, it is likely that unemployment will not rise so much that it will cause too many tenants or landlords a problem during the year; however it is unlikely to fall so much that it gives enough confidence to consumers to decide to buy.

Economic impact on rents for 2013

“In 2012, the economy went into a double dip recession and now there is talk of a ‘triple dip’ recession. From a rental perspective, talk of a further recession and at most slow growth in 2013, is likely to ensure that renting versus buying remains a popular choice in the New Year, so demand for rental property is unlikely to slow.

“Looking at the rental market from the perspective of tenant demand, it is likely that demand will continue to grow for the sector as economic uncertainty continues to reign. From an affordability perspective, economic indicators suggest that tenants will not be able to afford large increases in rents in 2013 and as we have seen rental growth subside this year, rents overall are unlikely to see any large hikes.

You can visit the Belvoir Lettings website at: http://www.belvoirlettings.com