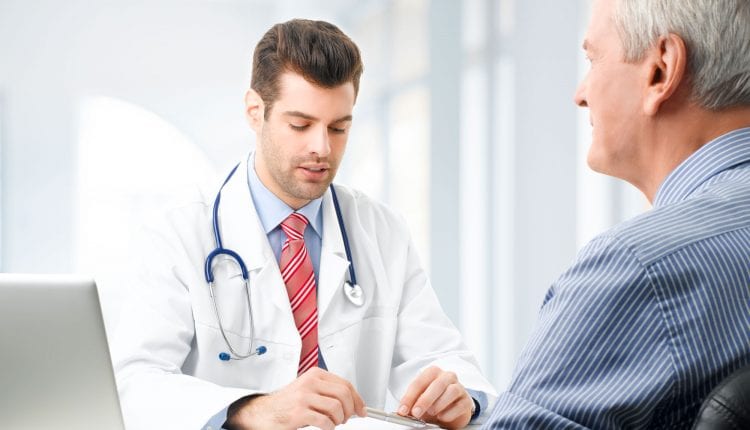 Chemotherapy has been, and still is, one of the most common treatment methods in cancer therapy. In systemically metastasised tumours, it is considered the treatment of choice because the primary lesions, as well as distant metastases, are expected to be reachable by the therapy.

However, the larger the targeted volume to be treated, the larger the quantity of cytotoxic drugs that have to be administered in order to achieve tumour-toxic drug levels at the target sites. This is often associated with intolerable side effects, which can even amount to life-threatening toxicity. Quality of life can be impaired by fatigue, tiredness, nausea, diarrhoea, neurological symptoms, increased bleeding tendency, haemorrhages and reduced immune defence.

Firstly, chances of response are substantially improved, due to delivery of higher amounts of drugs and drug exposure at the target site, without the systemic side effects of conventional therapies. Cancers that have advanced beyond surgical cure, resistant and non-responsive to systemic chemotherapy in many cases, become responsive again, shrink and become resectable.

In systemic diseases with distant metastases, non-responsive to conventional chemotherapy, good palliation or prolongation of life can be achieved by specifically treating the area that is most life threatening—for example, liver metastases.

In tumours responsive to elevated drug exposure, for example liver or lung metastases from breast cancer, regional chemotherapy can achieve rapid shrinkage of metastases within few treatments, and does prolong life.

The second goal, which is not less important, is the maintenance of quality of life. ‘If in cancer therapy, the patient suffers more than his tumour, something is wrong’. Regional chemotherapy by itself, since it is limited to an organ or an area of the body, does not cause major systemic toxicity.

Moreover, an additive procedure, which is chemofiltration in combination with regional chemotherapy, again reduces systemic toxicity by means of a haemofilter, eliminating chemotherapeutics in the venous return from the intraarterially treated tumour bearing area.

The overall risk of suicide among cancer survivors is 50 percent higher than in the general population. The highest suicide rate is reported in head and neck cancer survivors, because of severely impaired quality of life that is due to high dose cisplatin chemotherapy and irradiation. Therefore, the need for better integration of mental health care into medical survivorship care is claimed.

This problem might as well be addressed by administering regional chemotherapy, which generates good response rates at low toxicity and minimal-to-no discomfort to the patients, in a first step, as recently published in the World Journal of Surgical Oncology ([1]).

Generally, treatments of malignant diseases can be very stressful when augmented doses of chemotherapies are applied in order to treat a life threatening tumour as well as potential distant lesions, for example in breast cancer, which is considered a systemic disease.

If there are life threatening, extensive liver metastases with a patients life expectancy of a few months, or diffuse lung metastases with shortness of breath, RCT, in terms of segmental isolated perfusion, often induces tumour shrinkage at few or mostly-no side effects. Five-year survival rate of liver metastases after RCT is still 20 percent.

If a therapy is recognized as a guideline therapy, its toxicity is more or less noted as an inevitable result of it.

Of crucial importance in the assessments of side effects, is the question of who reports them. The comment—‘the therapy is well tolerated and toxicity was manageable’—is very common and easy to express. But, it also raises the question—is the patient saying this, or is it their therapist?

In a study on quality of life in palliative treatment, patients and doctors were each asked the same questions (EORTC QLQ –C30) to determine quality of life. Patients rated their quality of life worse than doctors did. If the assessment of toxicity is only based on clinical findings, there is a risk of trivializing toxicity ([2]).

If it is true, as published by the Quality of Life Department of the EORTC in Lancet Oncology ([3]), that quality of life is a prognostic parameter for survival time, then regional chemotherapy would have to have the effect of prolonging life, based merely on the improvement in quality of life.

This article was written by Medias Klinikum, oncology clinic.

E-Mail: .(JavaScript must be enabled to view this email address)

How Nature’s Own Superstars Feed and Nourish Skin