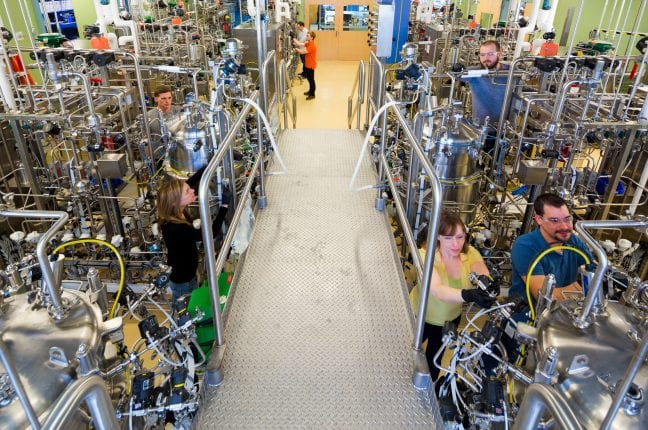 It might sound like something from a superhero comic, but Regeneron, a US pharmaceuticals company, has come up with Regen-Cov, a new monoclonal antibody treatment for patients with COVID-19 which looks like it may be a valuable weapon in reducing serious illness and death.

A combination of two antibodies casirivimab and imdevimab, Regen-Cov can apparently cut mortality by one-fifth among patients who did not mount an antibody response of their own. The results from the Recovery study run by Oxford University found that this is “The first time that any viral treatment has been shown to save lives in hospitalised Covid-19 patients,” in the words of Martin Landray, Recovery’s joint chief investigator.

The findings suggest that antiviral antibody treatments could present a different approach to the anti-inflammatory antibodies such as tocilizumab, which work by damp an overactive immune response that damages the patient’s own body. The Regen-Cov antibodies attach themselves to the viral materials and prevent them from multiplying and entering cells.

See also: Sleeping Safely and in Style with Sleepy Wilson

AstraZeneca has been experimenting with a similar technique, but it recently reposted that its antibody cocktail failed to achieve its main target of preventing symptomatic disease among people exposed to the Sars-Cov-2 virus in a clinical trial in the community.

The Recovery trial of Regen-Cov enrolled almost 10,000 patients in hospitals across the UK, whose blood was tested for antibodies against the virus. In the one-third ‘seronegative’ group showing no trace of making their own antibodies, the death rate was 30 per cent among those who received standard clinical care, but 24 per cent among those also given an intravenous infusion of Regen-Cov. In other words, according to the study for every 100 seronegative patients treated with the antibody combination, there would be six fewer deaths. The Regen-Cov treatment was also shown to shorten the average hospital stay by four days, but it had no effect on patients who had already generated their own antibodies.

Regen-Cov has emergency-use authorisation in the US, but has not yet been licensed in the UK. The cost is thought to be around £1,000-2,000 per infusion, to which would be added the cost of administering the antibody tests which would determine whether the treatment would be worthwhile.

See also: The Health Benefits of Coconut Water for Kids

The news comes as the UK government postpones the ending of lockdown measures, provisionally scheduled for June 21st, for at least a month. The concern is that the Delta or Indian variant of coronavirus, which is more transmissable than the Alpha or Kent variant, may cause a third wave of infection. So far, though infection rates are rising, this has not led to increased hospitalisations. But as of 14th June, the seven-day rolling average Covid case rate in the UK stood at 107.33 cases per million people, the highest rate in Europe. Cases grew by 45.02% in the seven days up to Tuesday compared with the previous seven days. Spain, Latvia, Belarus, Russia and Denmark follow the UK in the infection rates.

See also: Are We Closer to a Treatment for Alzheimer’s?

The UK still has one of the lowest daily death rates in Europe with just 0.14 deaths per million people, prompting hopes that the vaccination programme may have broken the chain between catching the virus and serious illness, hospitalisation and death, but with Delta variant cases still spreading, the government has decided to extend the remaining lockdown restrictions until at least 19th July.

Announcing this delay in unlocking on Monday, Prime Minister Boris Johnson said: “It’s unmistakably clear that vaccines are working and the sheer scale of the vaccine rollout has made our position incomparably better than in previous waves.

“But now is the time to ease off the accelerator, because by being cautious now we have the chance in the next four weeks to save many thousands of lives by vaccinating millions more people.”

Several European countries are starting to ease their own lockdown restrictions as infection numbers fall, but many countries including Austria, Belgium, Czech Republic, Denmark, Finland and France are banning or limiting visitors from the UK.

In other news, the government is expected to announce shortly that COVID-19 vaccinations will become compulsory for staff in care homes in England working with the elderly. It is expected that there will be a 16-week window for staff to have the vaccination, otherwise they will face being redeployed away from face-to-face care, or may lose their jobs.

Other health and care professionals including visiting care workers may also be affected, though care organisations have warned that making vaccinations compulsory may cause significant difficulties in a sector that already has recruitment problems.

The move comes as a response to disappointing levels of vaccination uptake by some care staff, though all had been offered the vaccine. Government sources say that there is a precedent for mandatory vaccination with the Hepatitis B vaccine guidance for doctors, though the British Medical Association said that it encouraged members and other colleagues to take up the vaccine but warned compulsion was “a blunt instrument that carries its own risks”.

It added: “While some healthcare workers are already required to be immunised against certain conditions to work in certain areas, any specific proposal for the compulsory requirement for all staff to be vaccinated against Covid-19 would raise new ethical and legal implications.”

Sleeping Safely and in Style with Sleepy Wilson