Raking the most hated garden task

Gardeners have given raking up leaves the thumbs down and voted it the most hated garden chore, according to a new poll. 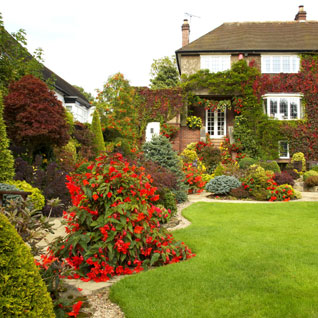 The survey by online garden centre GardeningExpress.co.uk asked 540 people to pick out the task they loathed from a list of ten common chores.

Among them were weeding, watering, trimming hedges, chopping down trees and cutting the grass.

Over a fifth (21%) of Brits admitted raking was the job they liked least finding it never ending.

Taking second spot was general tidying with 16% of those surveyed claiming they never looked forward to sweeping up and putting away their tools after spending time sprucing up the garden.

For 13% of respondents, trimming hedges was their least favourite task followed closely by digging with 12% saying they disliked this chore.

Pruning overgrown trees was seen as a laborious task by 11% taking fifth place in the poll.
Hot on its heels was weeding with ten per cent saying this was their most hated chore.

Pruning bushes and mowing the lawn took seventh and eighth place with eight and four per cent respectively.

Propping up the rear of the poll was planting with three per cent of the vote and watering the garden with two.

It’s Time to Organise Your Shed

Patio Design Styles That Will Enhance Your Outdoor Space

One keen gardener said: “I enjoy most tasks in the garden but raking leaves is a real bug bear. We have a couple of big trees to the back of our garden and I seem to spend endless autumn days raking. As soon as I think I’ve finished, more seem to fall.”

Another added: “Some people hate it but I love cutting the grass. I find it really rewarding especially if it’s grown fast and looks really scruffy. Nothing beats relaxing on a well-manicured lawn with a nice cold beer on a warm summers’ day.”

A third commented: “I dread cutting the hedges that border our garden. They’re well over six foot tall so it means getting out the ladder, constantly moving it around. Added to that I get arm ache from reaching up and across with the electric trimmers. Worst of all is the clearing up afterwards. It takes forever.”

A mum said: “Before I had children I found watering the garden tedious. Now, it has to be the best thing to finish off a hot day. The plants get a soak – as do my kids. Watering the garden usually turns into a big water fight.”

A spokesman from GardeningExpress.co.uk said: “Most gardeners will turn their hand to anything and don’t mind even the most menial jobs if their garden looks good. However, there are always some jobs we dislike more than others and raking is high on the list for many people.

“It’s no surprise to see some of the more strenuous task coming near the top. Trimming hedges, digging and chopping down trees all require a fair bit of energy and stamina and can easily be among the tasks you put off. Once complete though, you feel good and the garden looks great.”

What Could a Garden Room Add to Your Life?