Pubs in Central Scotland to Close – Will England Follow in Coronavirus Clampdown? 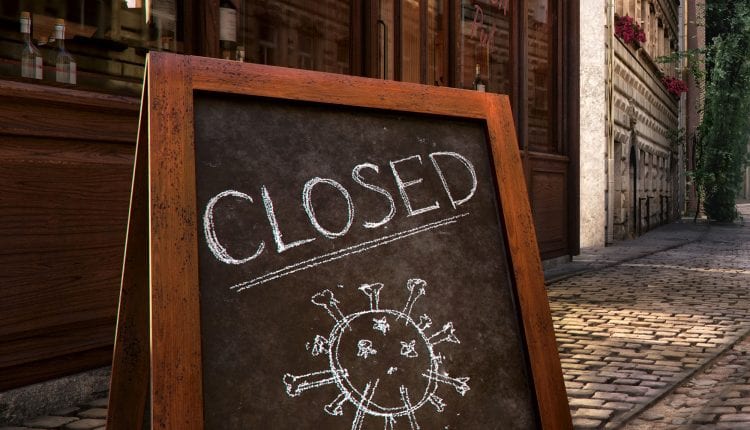 The devolved government in Scotland has announced that all pubs and restaurants in the central region will close completely under new measures aimed at stopping the exponential rise in cases of coronavirus infection.

The new rules will apply from 18:00 on Friday 9th October and will be in force until 25th October. The rules will apply to licensed premises across the central belt, including Glasgow and Edinburgh, taking in the Clyde, Lanarkshire, Forth Valley, Lothian and Ayrshire and Arran health board areas. About 3.4 million people will be affected.

In other parts of Scotland, pubs and restaurants will be able to open, but will only be allowed to serve alcohol outdoors.

The new regulations were announced by First Minister Nicola Sturgeon, who described them as “intended to be short, sharp action to arrest a worrying increase in infection”, saying that without it the country risks “returning to the peak level of infection by the end of the month”.

In detail the new rules for the five areas in the central belt are:

In other parts of Scotland, pubs, bars, restaurants and cafes will be able to open indoors until 18:00, but only to serve food and non-alcoholic drinks. They will be able to serve alcohol in outdoor settings such as beer gardens until 22:00, with the current rules on no more than six people from two households remaining in place.

Existing rules will continue to apply to weddings that have already been booked, and to funerals, in all parts of Scotland.

Regulations will also be introduced to extend the mandatory use of face coverings in indoor communal settings such as staff canteens and workplace corridors.

The news came as the number of UK coronavirus cases rose by 14,162 on Wednesday 7th.

Nicola Sturgeon admitted that the new rules would be disruptive to many businesses and would be unwelcome to many people, and opposition parties and business groups including the Scottish Hospitality Group and the Federation of Small Businesses claimed that the moves would “effectively sign a death sentence” for many businesses as well as having a knock-on effect on tourism in other parts of the country.

The measures are aimed at the areas of Scotland with the highest infection rates, though at the moment the rate in Scotland is roughly similar to that in England, with 85 cases per 100,00 head of population in Scotland compared to 109 per 100,000 in England.

However, in infection hotspots such as Liverpool, Manchester and Newcastle, rates have hit around 500 per 100,000 head of population, a situation Scotland, which has tended to adopt a more cautious approach throughout the pandemic, clearly wishes to avoid.

The action in Scotland makes it more likely that England will take a similar course, and there’s speculation that new measures may be announced on Monday 12th October.

The government though is acutely aware that any further lockdown such as the mandatory closure of pubs and restaurants will have dire economic consequences for the hospitality and entertainment industries. The government would then have to decide whether to increase the national debt by offering further economic support to affected businesses.

Meanwhile controversy has been caused by a group of 7,000 scientists and medics worldwide who have signed the ‘Great Barrington Declaration’, calling for a new strategy of allowing younger people to go about their lives as normal while offering “focused protection” to the elderly and those with underlying medical conditions who are most at risk from coronavirus. The Declaration warns of “grave concerns about the damaging physical and mental health impacts” caused by the restrictions imposed by governments around the world in an effort to bring Covid-19 under control.

The ‘herd immunity’ proposal has won the support of UK scientists including Professor Karol Sikora, and Tory backbencher Steve Baker has urged MPs to offer it their backing, in a direct challenge to the government’s strategy.

See also: Putting the Fun Into Teaching Kids About Recycling

But the World Health Organisation and many other scientists reject the argument of the Declaration, and Boris Johnson’s official spokesman made clear that the Prime Minister does not accept the fundamental arguments behind the demand, saying “it is not possible to rely on an unproven assumption that it is possible for people who are at lower risk, should they contract the virus, to avoid subsequently transmitting it to those who are at a higher risk and would face a higher risks of ending up in hospital, or worse in an intensive care unit.”