Prostate Problems? Uncover How to Keep Your Prostate In Check

It’s only the size of a walnut, and only men have one. So how can the prostate be such a pain? 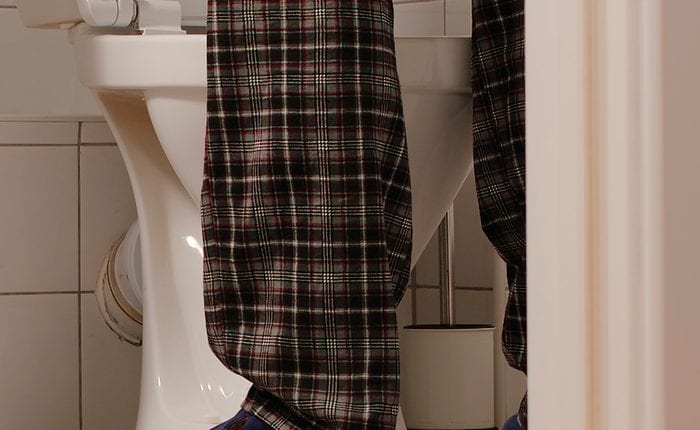 Prostate problems are common, particularly in men over the age of 50. A small gland found only in men, the prostate surrounds the tube that carries urine out of the body (the urethra), and produces a thick, white fluid that gets mixed with sperm to create semen.

The prostate gland is about the size and shape of a walnut but tends to become enlarged with age. It’s not entirely clear why, but it’s as if the prostate is trying to draw attention to itself because it’s not being used as much as it once was—certainly a Harvard Medical School report concluded “high ejaculation frequency seemed to protect against prostate cancer”.

Although the dangers of prostate cancer are widely discussed, most cases of prostate enlargement are actually relatively benign, just inconvenient. As the prostate enlarges, Benign Prostatic Hyperplasia (BPH) can restrict flow of urine through the urethra and cause symptoms such as:

BPH does not increase your risk of developing prostate cancer, will sometimes clear up by itself and may be treated in a number of ways. Simple measures such as reducing the amount you drink (especially tea, coffee and alcohol) before bed can sometimes help control the symptoms. Medication can help reduce the size of your prostate and relax the muscles of your bladder.

Treatments for BPH include medication such as alpha blockers or anticholinergics to relax the muscle in the prostate gland, 5-alpha reductase inhibitors to shrink the prostate, diuretics to speed up daytime urine production and desmopressins to slow down urine production.

In severe cases, surgery may be necessary. The conventional treatment is transurethral resection of the prostate (TURP), which is effective, but can lead to loss of sexual function, bleeding and incontinence.

TURP involves coring out the central part of the prostate using an electrical loop inserted into the urethra via an endoscope. The loop cuts tissue and seals blood vessels, removing parts of the prostate in slivers.

But great strides are being made with minimally invasive treatments such as Prostate Artery Embolisation (PAE), which restricts the blood supply to the prostate; and with green light

aser or steam ablation, which have less chance of causing side-effects than conventional surgery.

Less common than BPH is prostatitis, inflammation of the prostate gland, which can occur in men of any age. Symptoms include pain in the pelvis or when urinating, and difficulty in urinating or ejaculating. Prostatitis is treated using a combination of painkillers and alpha-blockers, which can help to relax the muscles of the prostate and bladder neck. Full recovery is usually possible within a few weeks or months.

By far the most serious prostate condition is prostate cancer, the most common type of cancer in men, with more than 40,000 new cases diagnosed every year. Chances of developing prostate cancer increase with age and are also raised in certain ethnic groups including Afro-Caribbeans.

But the outlook for prostate cancer is generally good because, unlike many other types of cancer, it usually progresses very slowly. Many men die with prostate cancer, rather than as a result of having it. Prostate cancer therefore does not always need to be treated immediately—sometimes, it may initially just be monitored, and only treated if it gets worse.

As with other cancers, if the condition does become critical, there are a range of treatments available including hormonal therapy, chemotherapy, radiotherapy or surgical prostatectomy to remove the entire prostate.

St Bartholemew’s Cancer Institute in London is experimenting with genetically modified flu virus to attack prostate cancer cells, holding out hopes of a cure rather than just prolonging life.

Though the symptoms of prostrate problems can be a pain, the outlook for most conditions is good. If you have any problems, check yourself in for an examination, and you’ll soon be on the pathway to prostate health.

An innovative treatment to help men suffering with enlarged prostates is set to be rolled out across the country after the treatment was initially trialled at Charing Cross and Basingstoke hospitals.

Rezūm does not require anaesthesia, shows symptom improvement within three to eight weeks and minimises side-effects.

What Causes An Enlarged Prostate?

What Should You Wear to Work Out?

Realise the Value of Your Home When It Comes Securing Finances

What Are The Causes Of An Enlarged Prostate?

Protecting Your Skin From Incontinence