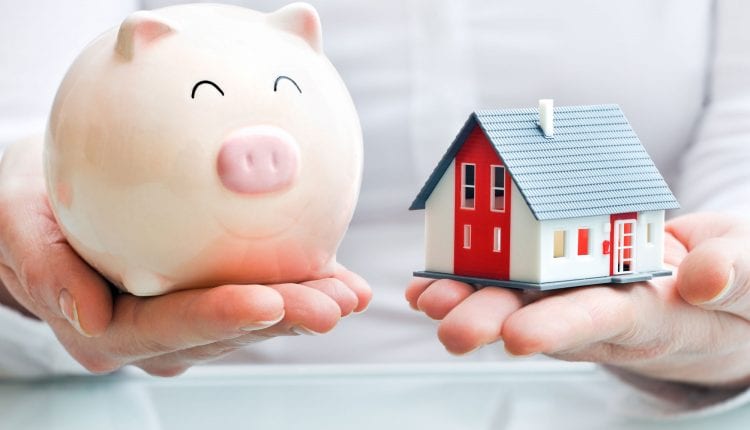 Against all expectations, the pandemic shutdown of the property market seems to have resulted in a growing market – but experts warn of a crash to come

Building society Nationwide released its monthly house price figures this week, and to the astonishment of many commentators, average prices have increased by 0.9 percent between August and September, making them five per cent higher than at the same time last year.

Robert Gardner, Nationwide’s chief economist, said: “The rebound reflects a number of factors. Pent-up demand is coming through, with decisions taken to move before lockdown now progressing. The stamp duty holiday is adding to momentum by bringing purchases forward. Behavioural shifts may also be boosting activity as people reassess their housing needs and preferences as a result of life in lockdown.”

Prices generally seem to have risen in line with a demand which was put on hold when lockdown hit in March. Since restrictions were eased in May, mortgage approvals for home purchases reached 84,700 in August, the highest level since 2007 and well above the 66,300 approved in July, according to Bank of England data published on Tuesday.

But the boom will not last according to the Halifax building society. Figures from Britain’s biggest mortgage lender show that the average property price increased by 5.2 per cent annually to reach a record £245,747 in the year to August, marking the biggest annual jump since late 2016. On a monthly basis, house prices leapt by almost £4,000, or 1.6 per cent, in August.

But Halifax issued a warning that the property boom is likely to be a short-term blip, and applying mainly to high-value areas of the market. Russell Galley, managing director at Halifax, said: “Notwithstanding the various positive factors supporting the market in the short-term, it remains highly unlikely that this level of price inflation will be sustained.”

Zoopla analysis suggested that there are parts of the country where trends remain weak, and that first-time buyers were being squeezed out of the market as they can’t access the high loan-to-value mortgages on which many buyers are relying. Some lenders have started reducing the amount of cash they will lend to borrowers, with Barclays limiting loans to 4.49x times the borrower’s income, down from 5.5x previously, and NatWest has also reduced the amount it will lend some customers.

Research from Nationwide suggested that younger people are in fact putting off plans to move, concerned by possible unemployment and fears over future price falls. Its analysis suggests that a growing proportion of the buying market is accounted for by existing buyers keen to change their lifestyles, for instance by moving out of city centres as they plan to work from home. More than a third of buyers surveyed by the Nationwide said they were planning to relocate and were looking form homes with more space, and said “behavioural shifts may also be boosting activity, as people reassess their housing needs and preferences as a result of life in lockdown.”

With the proposed end of the government’s furlough scheme and its replacement with the less generous job support scheme likely to lead to a rise in unemployment, local coronavirus lockdowns causing fears for the future of the economy, and the Stamp Duty holiday planned to end next March, the property boom may not last long. The most significant factor may be the end of the Stamp Duty holiday, introduced in July, which lifts the threshold at which the purchase tax kicks in from £125,000 to £500,000 in England and Northern Ireland, and saves buyers up to £15,000.

But it would be a brave man who put his money on the way the prperty market is likely to go next year. Estate agent Savills has revised its price forecasts upwards, and now predicts that prices will rise 4 percent this year, and will plateau in 2021. but this does assume that there is no second general lockdown of the market due to the coronavirus pandemic. Lucian Cook, head of residential research at Savills, said: “The pace of change in the UK housing market has taken us all by surprise over the past few months, suggesting normal rules simply don’t apply.”

And Guy Harrington, chief executive of residential lender Glenhawk, said: ‘The pent-up demand has clearly defied the seasonal slowdown that normally takes place this time of year. However, the housing market can’t remain immune from the economic downturn indefinitely.

“As the government’s furlough scheme comes to an end along with the mortgage and stamp duty holidays, as well as the prospects of a no-deal Brexit, we could very well see the impact become evident later in the year or in 2021.”

See also: Why Home Ventilation is A Health Essential

Why Good Sleep Habits Are Essential For Health