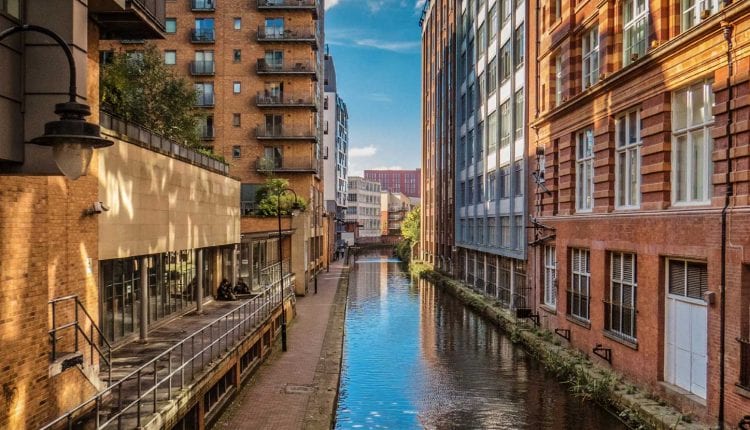 2016 was a relatively rocky year for the property market, with everything from the EU referendum to the changes in stamp duty for buy-to-let purchases blamed for a drop in property sales and house price growth slowing.

Yet despite fears of a Brexit-induced slowdown house prices are still set to rise in 2017—albeit slowly—with the Royal Institute of Chartered Surveyors predicting that prices will grow by three percent, with the North West, East Anglia and the West Midlands likely to record higher than average gains. They have also predicted that rents will rise by 25 percent over the next five years.

Whether you’re looking to take that first rung on the property ladder or are a buy-to-let investor, scoping out the most promising places to invest across the country is essential.

For first-time buyers the capital’s property market can be a challenging environment, with vast swathes of the city rapidly becoming unaffordable for many—the likes of Dalston and Shoreditch, for example, have experienced a huge 60 percent and 58 percent price increase respectively over the last five years. There are, however, still plenty of property hotspots where new buyers can make their first investment.

Keenly priced and with good transport links, Streatham and Peckham are tipped to experience significant house price growth in the next few years, while outer boroughs like Barnet and Bromley are also well connected and offer good value for money, with good schools and plenty of green space.

In terms of affordability Barking and Dagenham remains one of the most affordable places to purchase a home in London—the average house price last year was just £288,000. Even though prices have risen in recent years, the borough remains an attractive options for buyers.

The rest of the country

Close transport links to London made Luton the property hotspot of 2016, with property values nearly 20 percent higher than they were in 2015. What do experts think will be the next place ripe for investment in 2017?

Many are pointing to Manchester. The city is currently the recipient of huge amounts of investment that experts predict will—alongside rising salaries, good price growth and low housing supply—hugely boost demand in the city.

Another northern city with good investment potential is Leeds. Although it’s experiencing an increase in property prices it still represents good value for money, with average prices reaching just £150,000. Demand for rental properties is also high in a city served by a popular university, and various regeneration projects—such as phase two of the High Speed 2 rail projects and a £350 million development in the centre of the city—will further boost its appeal to investors.

See also: Getting Started as a Landlord

Just seven miles away from Manchester are several property hotspots, the commuter town of Stockport has direct rail links to Manchester, Liverpool, Birmingham and London. Properties in the area offer good yields and the town is fast establishing itself as a hub for business, with £1 billion being invested across Stockport over the next five years and a £42 million transport interchange under construction.

Lower than average property prices, strong investment in amenities and infrastructure—such as the HS2 project—makes Birmingham, the UK’s second city, an attractive prospect. Throw in huge regeneration projects such as the £900 million development around Curzon Street station and it’s no wonder that this ambitious city has been tipped as a property hotspot for 2017.

Elsewhere in the country, Liverpool’s low prices and high rental demand thanks to the city’s many students means that investors can expect to maximise their yields. The city, like many in the north, is also home to various high-octane regeneration schemes.

High rental demand and low prices in Sheffield mean that the rental market is buoyant in this busy university city, which is set to see its international student population grow hugely over the next five years.

If you have enoyed reading this article on property hotspots, click here to read more on Celebrity Angels about how to help plan your local neighbourhood.