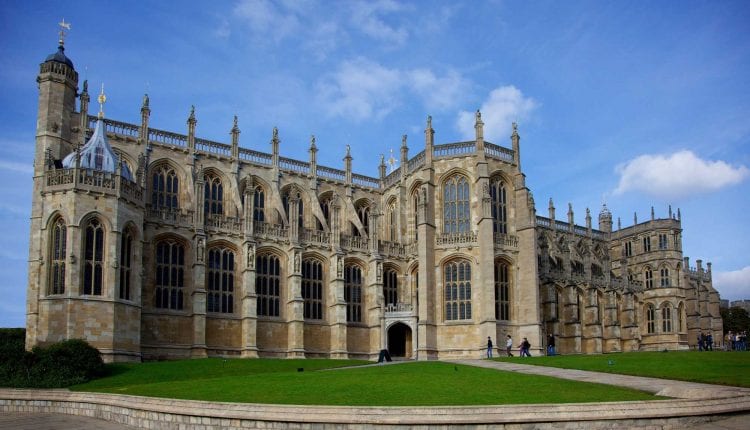 Following the death of HRH Prince Philip, the Duke of Edinburgh, plans for the funeral on April 17th have been announced. Due to coronavirus restrictions, the ceremonies will be nothing like the state occasion which might have been expected.

The funeral events,originally planned to include 800 attendees, will adhere to current coronavirus guidelines that no more than 30 mourners should be present at a funeral, and members of the public have been asked not to attempt to attend or to take part in any of the events.

The Duke’s final wishes included instructions that he should have a relatively low-key funeral, without a formal lying-in-state. Instead, there will be commemorations of his associations with the military and with charity.

See also: A Tribute to HRH Prince Philip the Duke of Edinburgh: Part 1 – The Early Years

The Duke was always said to dislike the “fuss” of state events, and his plans for a Royal ceremonial funeral rather than a State funeral would give him the same status as Queen Elizabeth, the Queen Mother.

The ceremony will take place at St George’s Chapel, Windsor Castle (seen above) on Saturday, April 17th. The chapel, which has hosted events including the union of the Prince of Wales and the Duchess of Cornwall, will be closed for the event.

There will be a small ceremonial procession in the morning as the Duke’s coffin is moved from the state entrance of the castle to the chapel on a modified Land Rover. The coffin will be decorated with the Duke’s personal standard, his naval cap and sword, and a wreath of flowers. The Prince of Wales and other members of the royal family will follow on foot.

The coffin will be carried into the chapel by members of the Royal Marines, of which the Duke was Captain General.

See also: A Tribute to HRH Prince Philip the Duke of Edinburgh: Part 2: The Royal Consort

A Palace spokesperson said: “In line with Government guidelines and public health measures, there will be no public processions and the duke’s funeral will take place entirely within the grounds of Windsor Castle. The plans have been given final approval by the Queen and reflect appropriately Government advice.”

The funeral service will begin with a national minute’s silence at 3pm as the coffin enters St. George’s Chapel accompanied by representative detachments from Prince Philip’s military units.

It’s been suggested that the Queen may have to sit on her own during the service, as other members of the Royal Family are not part of her coronavirus ‘support bubble’, and members of the Windsor Castle staff will not be present due to restrictions on numbers. However, also expected to attend is The Duke’s private secretary, Brigadier Archie Miller-Bakewell, who as a member of “HMS Bubble” at Windsor may be the only attendee eligible to sit with the Queen.

Prince Harry has made the journey from his new home in California to attend the funeral, and will be staying at Frogmore Cottage, his former home in Windsor, where he is following Covid protocols. However Meghan, the Duchess of Sussex, who is pregnant, has been advised by doctors not to travel after suffering a miscarriage in July 2020.

Other senior members of the royal family will be in attendance, along with the Bishop of London, who is expected to receive the coffin as a Royal salute is played by trumpeters from the St James’s Palace detachment of the Queen’s Guard. On arrival at the chapel, there is likely to be a brief, private vigil next to the coffin by the Duke’s four children – the Prince of Wales, the Princess Royal, the Duke of York, and the Earl of Wessex. The Prince of Wales is expected to deliver the eulogy.

See also: A Tribute to HRH Prince Philip the Duke of Edinburgh – Part 3: A Sporting Life

Due to restrictions on numbers the Prime Minister, Boris Johnson will not attend.

From now until the funeral, Royal flags will fly at half mast as part of a period of national mourning. The Royal Standard though will continue to be flown at full mast, though Royal mourning will be observed for a month.

Instead, people are being asked to make a donation to one of the Duke’s many charities or to a charity “close to their heart”.

“The family’s wish is very much that people continue to follow the guidelines to keep themselves and others safe,” the Palace spokesman said.

The funeral will be broadcast “to enable as many people as possible to be part of the occasion, to mourn with us and celebrate a truly extraordinary life” says a Palace spokesperson, but full details of television coverage have yet to be announced. The funeral will take place entirely on the grounds of the Palace, with no public elements.

Following the funeral, the Duke will be privately interred in the Royal Vault of St George’s Chapel, but when the Queen dies, Philip will be transferred to the gothic church’s King George VI memorial chapel to lie alongside his wife. The chapel also houses the remains of the Queen’s father George VI, her mother the Queen Mother and her sister Princess Margaret.

It’s thought that the title of Duke of Edinburgh will now pass to Prince Edward, the only son of The Queen and Prince Philip who does not yet have the title of duke or duchess.

See also: A Tribute to HRH Prince Philip the Duke of Edinburgh – Part 5: The Family Man