A Tribute to HRH Prince Philip the Duke of Edinburgh: Part 1 – The Early Years 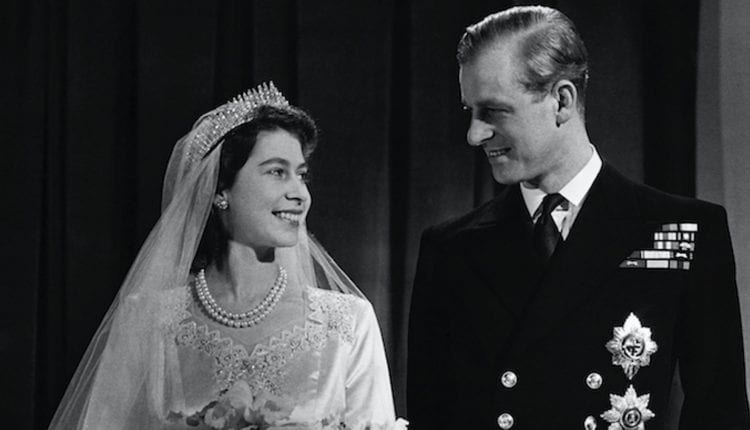 It may come as a surprise (well, it could have done, before we all watched The Crown) that Prince Philip was not born in Britain. In fact, he was born on the Greek island of Corfu on June 10, 1921 to Prince Andrew of Greece and Denmark and Princess Alice of Battenberg. He was sixth in line to the Greek throne.

So far as his Greek lineage goes, Philip’s father, Prince Andrew, was the son of King George I of Greece; when George was assassinated, Andrew’s brother Constantine became king. Philip’s grandmother, Olga Constantinovna, was of the Russian family Romanov. His great-grandfather was Christian IX of Denmark.

Far from growing up in a pampered environment, Philip’s early life was rather marked by consecutive tragedy. In 1922, Philip’s uncle, the king of Greece, was forced to abdicate after the debacle of the Greco-Turkish War. Philip’s father, who at that time was working in the army, was accused of treason and exiled. The family fled to Paris, where they would be based for the next decade, marking the start of a difficult period for them.

Nine years later, in 1931, when the young Prince was ten, his mother suffered from a nervous breakdown and was confined to a sanatorium in Switzerland. Later on, she would reportedly be diagnosed with schizophrenia. That day, the children had been taken on a trip, and on their return they found that their mother was no longer there.

His four older sisters married German aristocrats and settled in Germany, and his father moved to the South of France, leaving Philip alone at just 10 years old. There is a much repeated quote from Philip that begins with him being asked a question by a reporter for The Independent many years after his tenth birthday, asking what language he spoke at home, to which he answered, “What do you mean, ‘at home’?”

So, with no parents to care for him, his mother’s family – the Milford-Havens and the Mountbattens – stepped in. As is clear from the name Mountbatten, the family had ties to the British royal family and many of the royal houses of Europe. Alice was a great-granddaughter of Queen Victoria, and the oldest daughter of Louis Mountbatten, the first Marquess of Milford Haven.

Under the watchful eyes of his aunts and uncles, Philip went to school in England and was then briefly educated in Germany at a school owned by one of his sister’s husbands. Less than a year later, Philip returned to Britain and was sent to Gordonstoun, a boarding school in Scotland.

As if these events weren’t enough to mark his early life as one of tragedy, he experienced a further bout of personal sorrow. When he was 16, his sister Cecile, her husband, and their two children were killed in a plane crash. Just a few months later, his uncle and guardian, George Mountbatten, the second Marquess of Milford Haven, died suddenly of cancer at the age of 46. Gordonstoun’s German headmaster, Kurt Hahn, was the one to break the news. “His sorrow was that of a man,” his headmaster is said to have recalled.

When Philip left school, he joined the Royal Navy and enrolled at the Royal Naval College in Dartmouth, England, on the advice of his uncle, Lord Louis Mountbatten. He joined as a cadet in 1939, following in the footsteps of his grandfather, Prince Louis, who was Admiral of the Fleet and First Sea Lord.

After completing his initial training rated as best cadet of his entry, Prince Philip spent six months in the Indian Ocean as a Midshipman aboard the battleship HMS Ramillies in 1940.

Aged 17 Prince Philip joined the battleship HMS Valiant, which fought in the Battle of Cape Matapan. The Prince was in charge of the ship’s searchlight control, enabling Valiant to pinpoint enemy vessels in the dark. For this work, he was mentioned in despatches. After this, the Prince was then appointed First Lieutenant of the W-class destroyer, HMS Whelp, which was present in Tokyo Bay when the Japanese signed the surrender. As an 18-year-old cadet, he would meet his third cousin, 13-year-old Princess Elizabeth.

He was subsequently promoted to sub-lieutenant and appointed to the destroyer HMS Wallace. In 1942 he became the ship’s First Lieutenant at the unusually early age of 21. In 1952 he was promoted to Commander, but his naval career came to an end on the death of his father-in-law, King George VI.

The tale of Princess Elizabeth falling for Prince Philip of Greece and Denmark is one that goes back to the 30s, spanning over 70 years, making Philip the longest-serving royal consort in British history. But where did it all begin?

He first caught her eye in the summer of 1939 when Princess Elizabeth was just 13 years old. He was the Prince of Greece and five years her senior, about to embark on a career with the Royal Navy. Elizabeth and her sister Margaret were on a trip with their parents to Dartmouth’s Britannia Royal Naval College. It was here where their third cousin Philip entered the scene.

According to Marion Crawford, the princesses’ governess, it was Philip’s ‘viking’ good looks – fair hair and blue eyes, that attracted Elizabeth. Crawford explains in her memoir, The Little Princesses, that he came aboard the King’s yacht for meals, and caused Elizabeth to turn ‘pink-faced’. Apparently her affection for him was noted by Philip’s uncle and aide to the King, Lord Louis Mountbatten, who was also aboard and he wrote in his diary that their initial meeting was ‘a great success’.

Some of the Queen’s relatives spoke openly about Elizabeth’s fondness for Philip during those early days. Among them was Margaret Rhodes, Elizabeth’s cousin, who wrote in her autobiography that ‘Elizabeth was truly in love from the very beginning.’

The engagement didn’t come for a while – in fact eight years later, after the war, in 1947, with the marriage taking place at Westminster Abbey in November that same year. Little did Elizabeth know that in a matter of five years, she would ascend to the throne and take her vows as Queen Elizabeth II.

GO TO PART 2
A Tribute to HRH Prince Philip the Duke of Edinburgh: The Royal Consort
Share FacebookTwitterReddItWhatsAppPinterestEmail

A Tribute to HRH Prince Philip the Duke of Edinburgh: Part 2: The Royal Consort