A Tribute to HRH Prince Philip the Duke of Edinburgh – Part 5: The Family Man 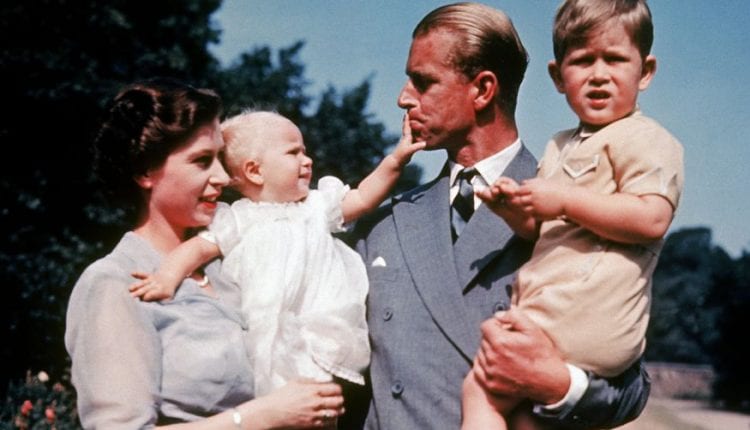 Prince Philip, Duke of Edinburgh, had a decorated career as a royal consort for many decades. He married Queen Elizabeth II on Nov. 20, 1947, and served in the British Royal Navy from 1939 until 1953 when he stepped aside to assist the Queen. The couple went on to have four children: Prince Charles, Prince Andrew, Prince Edward, and Princess Anne. Their lives and community work have become inextricably linked. Queen Elizabeth II has an estimated net worth of $600 million, and Prince Philip shares in a portion of that wealth.

The royal couple has lavish means, but they live more simply than many members of the public might presume. An opulent trip Prince Philip took was reported in the 1997 book The Royals, but it was out of the norm for Queen Elizabeth II’s husband to live so luxuriously. Author Kitty Kelly wrote that “although Philip was married to the world’s richest woman, and accustomed to the highest levels of royal service, he did not live sumptuously. His wife was frugal and accustomed to scratchy tweeds and sensible shoes.”

Finances were tight for the royal family in the ’60s, and as relayed in the book Queen Elizabeth II: Her Life In Our Times, Prince Philip revealed in a 1969 Meet The Press interview that they were dangerously close to going “into the red.”

But throughout his years, Prince Philip was able to amass a sizeable fortune. In fact, Celebrity Net Worth estimated his personal worth at around $30 million.

The Duke of Edinburgh, due to his marriage to the Queen, spent many years in the employ of the British Parliament, and the Sovereign Grant Act of 2011 saw his salary rise to nearly $500,000 a year. He continued to receive that amount until he stepped down from his duties in 2017 at 96 years old.

Prince Phillip also earned money from the private estate Duchy of Lancaster. The site also notes that he and Queen Elizabeth have a number of stocks, as well as an invaluable art collection full of Rembrandts and other old masters.

Besides Prince Philip’s work alongside Queen Elizabeth II for over 60 years, he is also known for his tireless charitable work. In England in the 1950s, young men finished school at 15 and entered the military at age 18, and in 1954, Prince Philip had the idea to start a program that would foster young people’s growth in those gap years. This led to the creation of the Duke of Edinburgh Award which officially launched in 1956. Millions of young people were helped through the award program, and eventually the program reached people in over 130 countries.

As part of his duties as consort the Duke supported The Queen in her role as Head of State by accompanying Her Majesty to events in the UK and abroad, as well as attending state and ceremonial occasions alongside other members of the Royal Family.

Since The Queen’s Accession, The Duke of Edinburgh played a prominent part in many aspects of national life. The Duke accompanied The Queen on all her Commonwealth tours and State Visits overseas, as well as on tours and visits to all parts of the United Kingdom. He also travelled abroad a great deal on his own account.

He was patron or president of some 780 organisations, including the British Heart Foundation, Charities Aid Foundation and Book Aid, with special interests in scientific and technological research and development, the encouragement of sport, the welfare of young people, and conservation and the environment. Prince Philip created The Duke of Edinburgh Award in 1956 and continues to be involved, particularly in recognising the achievements of Award participants.

With regards to his appreciation and love of his family, Town and Country reported that “he is by all accounts fiercely loyal and loving, and has endeavoured to teach his children and grandchildren about strength, dedication, confidence, and endurance.”

In the documentary Our Queen at 90, Princess Eugenie said that “I think Grandpa is incredible, he really is strong and consistent. He’s been there for all these years, and I think he’s the rock, you know, for all of us.”

In a statement shortly after midday, the palace said: “His Royal Highness passed away peacefully this morning at Windsor Castle.”

The Duke of Edinburgh, who was the longest-serving consort in British history, had returned to Windsor Castle on 16 March after a month in hospital.

Justin Welby, the Archbishop of Canterbury, said the duke “consistently put the interests of others ahead of his own and, in so doing, provided an outstanding example of Christian service”.

The palace added: “The Royal Family join with people around the world in mourning his loss.”

Speaking at Downing Street, the prime minister said he received the news of the duke’s death “with great sadness”.

“Prince Philip earned the affection of generations here in the United Kingdom, across the Commonwealth, and around the world,” he said.

The flag at Buckingham Palace was lowered to half-mast and a notice was posted on the gates following the announcement of the duke’s death.

People also placed flowers outside the palace, while crowds began to gather at Windsor Castle.

The BBC’s royal correspondent Nicholas Witchell said it was “a moment of real national sadness” and “a moment of sadness, most particularly of course, for the Queen losing her husband of 73 years – a bigger span of years than most of us can imagine”.

He said Prince Philip had made “a huge contribution to the success of the Queen’s reign”, describing the duke as “utterly loyal in his belief in the importance of the role that the Queen was fulfilling – and in his duty to support her”.

“It was the importance of the solidity of that relationship, of their marriage, that was so crucial to the success of her reign,” he added.

Take a Visit to the Real Locations of Line of Duty