A Tribute to HRH Prince Philip the Duke of Edinburgh: Part 2: The Royal Consort 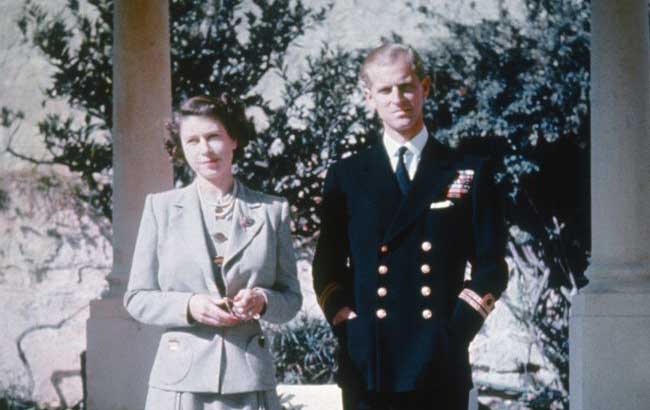 Her husband, said Queen Elizabeth II in her golden wedding speech, “has, quite simply, been my strength and stay all these years”. This was the longest royal marriage in recorded history. Her grandson, the Duke of Cambridge, says the support that Prince Philip has given the Queen is something of which she often speaks in private too.

This partnership has been one of the great achievements of the Queen’s reign. And it is all the more striking, because the choice of consort for a female monarch has sometimes been a vexed one – in Tudor days, it was sometimes argued that the monarch should not be female, in case she were to be unduly influenced by a foreign husband.

By the time Philip was invited to Balmoral in the summer of 1946, it was clear Elizabeth was in love. She accepted his proposal that August, though the king’s consent had still to be obtained. George VI had doubts about ‘Prince Philip of Greece’ – about the young man’s somewhat raffish reputation; about the fact Philip’s own father had been forcibly rejected by his country, leaving his family as penniless exiles; and about the role the ambitious Mountbatten hoped to play.

The princess’s parents asked her to wait some months and took her away on a long South Africa tour. But in July 1947 it was posted from Buckingham Palace that, “with the greatest pleasure”, king and queen announced the betrothal of their dearly beloved daughter to “Lieutenant Philip Mountbatten, RN”, who had renounced his nationality, his name and his Greek Orthodox religion to make this a possibility.

In fact the royal family had qualms about whether, so soon after the Second World War, and with rationing growing ever more stringent, a large public ceremony was really appropriate. But the majority opinion proved to be that of Winston Churchill, that it would be “a flash of colour on the hard road we have to travel”. It was less than 30 years since the royals had begun holding their weddings in public, after centuries of private ceremonies, but it was already apparent that this was one of the best weapons in their armoury.

The crowd on the day was 50 people thick, despite the November weather. But the archbishop of York, officiating alongside the archbishop of Canterbury, said that the wedding in Westminster Abbey was “in all essentials exactly the same as it would have been for any cottager who might be married this afternoon in some small country church”. The bride promised to obey, and the couple left the abbey to the strains of Mendelssohn’s ‘Wedding March’. The wedding breakfast was an ‘austerity’ event for a mere 150 guests, with the main course a casserole of unrationed partridges. As the couple set off to spend the first days of their honeymoon at Broadlands, Lord Mountbatten’s Hampshire home, they were accompanied by the princess’s favourite corgi.

This was the first time newsreel cameras had been allowed to follow a wedding party into the abbey itself – an omen, perhaps, of the modernising role Prince Philip would come to play within the royal family. Crowds around the world rushed to the cinemas to feel a part of what commentator after commentator described as a fairy story. Perhaps the only fly in the ointment was the tensions that meant that Philip’s three surviving sisters, married to German princes, were not invited to the ceremony.

The couple’s early years together were eased by the fact that Elizabeth (unlike Victoria) was still only a princess when she wed, hence the long spell in Malta the couple were able to enjoy, with Elizabeth living the comparatively private life of a naval wife. George VI’s failing health soon led to Philip’s giving up his naval career, but in 1952 news of the king’s early death, and Elizabeth’s precipitous accession, was arguably as great a shock for husband as for wife.

At Queen Elizabeth’s coronation in 1953, Prince Philip was the first to swear allegiance to her, that he would be her “liege man of life and limb”. But there had always been debate about his precise titles and place in the royal pecking order. The decision was taken that those directly in line for the throne should keep the name of Windsor, causing Philip to curse, reportedly that he was “just a bloody amoeba”, valued for his reproductive function and no more. There would be other issues, over what Prince Philip’s role was supposed to be. Before the Queen’s accession, Philip said, whatever they did was done together and “I suppose I naturally filled the principal position”.

The Role of the Consort

As his grandson William says, he “totally put his personal career aside to support her, and he never takes the limelight, never oversteps the mark”. He has often been a force for change, insisting on the reform of some of the more arcane practices of the royal household (like the powdering of footmen’s wigs).

He cheered and encouraged the Queen into undertakings she did not at first find easy – the social, crowd-pleasing, aspect of her duties. He should perhaps take some share of the credit for the recent resurgence in the popularity of the monarchy. But the bottom line is that he is “always on her side, and he’s an unwavering companion”, as Prince William put it appreciatively.

Of course, the Duke of Edinburgh has not always been viewed so warmly. His famous gaffes, his brusqueness with the press and his impatience were perhaps just the natural expressions of a man of his age and background; or they may have been an essential escape valve – a letting off of steam – for a man not temperamentally attuned to a life of courtly manners.

At the Queen’s diamond jubilee, after gallantly standing by his wife, tapping his foot to music as the royal barge steered up the Thames through drenching rain, Prince Philip had to be hospitalised suddenly. The Queen had to face the crux of the celebrations without him, and to some if felt like a symbol of what may be ahead. And indeed it has been – Philip has been in and out of hospital consistently over the last few years.

It might be only now after the Duke has gone that we are likely to appreciate him properly – to realise that this partnership, almost 70 years long, has been genuinely extraordinary.

A Tribute to HRH Prince Philip the Duke of Edinburgh – Part 3: A Sporting Life

A Tribute to HRH Prince Philip the Duke of Edinburgh: Part 1 – The Early Years