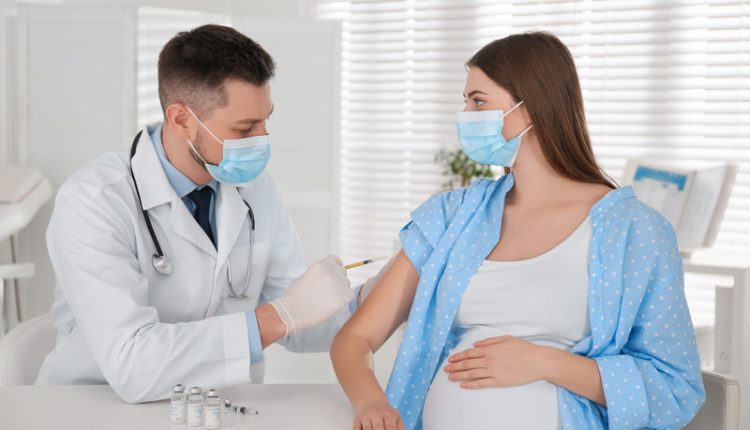 According to health officials, unvaccinated pregnant women make up of almost a fifth of the most severely ill COVID-19 patients in England in recent months.

Figures released by NHS England show that between 1st July and September 30th, 17% of coronavirus patients who required a special lung bypass machine while in intensive care were mothers-to-be who had not received their first dose of a COVID-19 vaccine.

The machine, known as a extracorporeal membrane oxygenation (ECMO) is administered on patients who have lungs so damaged due to the virus that a ventilator cannot be used to sustain oxygen levels.

The organisation also stated that data illustrated that pregnant women constituted for 32% of all females aged between 16 to 49 in intensive care on an ECMO. These figures have risen from 6% since the start of the pandemic in March 2020.

The National Childbirth Trust (NCT) declared their concern shown by these statistics calling them a “damning indictment of the lack of attention given to this vulnerable group as restrictions have eased”.

“We’ve been extremely disappointed to hear of so much misinformation and confusion about the vaccination programme and so little focus on what’s needed to keep vulnerable groups safe as restrictions have eased,” said Sarah McMullen, the NCT’s director of impact and engagement.

Jacqueline Dunkley-Bent, England’s Chief midwife, stated that the data released is “another stark reminder that the Covid-19 jab can keep you, your baby and your loved ones safe and out of hospital.

“You can receive vaccination at any time in pregnancy, but the risks that unvaccinated pregnant women face of becoming severely unwell if they catch Covid-19 show exactly why we advise you to do so as soon as possible.”

Dr Nikki Kanani, NHS England’s medical director of primary care, told BBC Breakfast pregnancy puts “quite a strain” on the lungs and the heart and stated that if pregnant women catch the virus then that “lays on pressure on an already pressurised system inside a pregnant woman, and that’s why almost 20% of people with coronavirus who are having extra support on critical care are pregnant women who are unvaccinated”.

“My advice is clear, the best thing that you can do is to take the vaccine if it is offered to you, and if you’re unsure because of all of the advice out there, speak to a medical professional who can talk about your concerns,” she continued.

NHS leaders, experts in women’s health and pregnancy, and ministers have all expressed concern at the number of mothers-to-be who have not been administered with a vaccine, with possible reason relating to the anti-vax campaigners, claiming that getting the jab while pregnant will have a serious effect on the mother, both or both.

President of the Royal College of Obstetricians and Gynaecologists, Dr Edward Morris, said medics understand women’s concerns but want to offer reassurance over the vaccine’s safety.

Morris stated the “disproportionate” number of pregnant women who are unvaccinated and are in intensive care shows there is a “significant risk of severe illness from Covid-19 in pregnancy”.

Dr Morris also backs the call made by NHS England to get all pregnant women vaccinated as a priority.

The association is “urgently calling for all pregnant women to come forward for their vaccinations.

“There is robust evidence showing that the vaccine is the most effective way to protect both mother and baby against the possibility of severe illness from COVID-19.

“The disproportionate number of unvaccinated pregnant women in intensive care demonstrates that there is a significant risk of severe illness from Covid-19 in pregnancy.

This comes after new evidence published in the Journal of Maternal-Fetal and Neonatal Medicine on Monday revealed that pregnant women with COVID-19 are more likely to suffer from gestational diabetes, lower white blood cell counts and heavier breathing during and after birth.

According to a study recorded by Dr Elior Eliasiof from the Mayanei Hayshua Medical Centre in Israel, the disease can also increase the risk of new-borns struggling to breath.

“Our findings support the importance of vaccinating all pregnant women at all stages of pregnancy,” he affirmed.

Latest figures from Public Health England show that in excess of 81,000 pregnant women have been administered with the first dose of the COVID-19 vaccine and approximately 65,000 have been given their second dose, according to NHS England.

SEE ALSO: How Can Aloe Vera Solve Your Skin Problems?

Paul McCartney Exposes Who “Instigated” The Breakup of The Beatles