Plenty more fish in the sea?

We need a “radical rethink” of how the UK produces and consumes its fishy friends warns Environment Secretary Hilary Benn, here’s how as consumers and restaurateurs we can ensure it stays on the menu for years to come 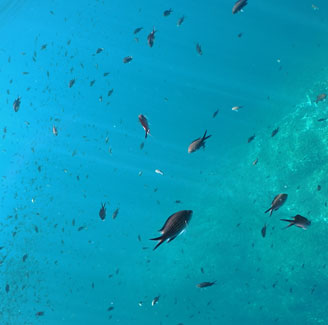 In July the Sustainable Development Commission warned the current food system was failing. The government’s environmental watchdog highlighted the undeniable fact that three quarters of the world’s fish stocks are fully, over or significantly exploited, including British favourite’s North Atlantic cod, plaice and haddock.
‘Over the last ten years things have reached quite a critical level,’ warns Rick Stein. ‘In my early days as a chef you used to get crayfish, cheap wild salmon, plentiful sea trout and even shark. Then I did the Seafood Lovers Guide To The UK and became very aware of the fragility of the fish supplies. One’s been forced to become much more conservation aware.’
A number of schemes, initiatives and public figures are working towards replenishing stocks, through education, law proposals and changes in practice. All with the aim of putting a stop to unethical methods of fishing such as trawling net catch, which causes a bycatch of unwanted species (150,000 marine turtles a year die this way and over 300,000 small whales, dolphins, and porpoises) and the practice of farming immature fish that have yet to spawn. Mitch Tonks, restaurateur, chef and fishmonger is headlining the concern, ‘I don’t want my children growing up in a world without fish – that’s why I do all I can to promote sustainable fish alternatives. There have been some great achievements in UK fishing, in moving our industry forward to become a sustainable fishing fleet. We will conquer this problem, but it will need global co-operation.’

A fishy tale
In the UK there is an increasing reliance on imports and farmed fish due to a declining fishing fleet and fish stocks. Aquaculture, the cultivation of aquatic populations under controlled conditions, is emerging as the only way to meet the increasing demands for seafood. Although the Marine Stewardship Council (MSC) is the recognised standard for sustainable and well-managed fish both in the UK and internationally, they can only illuminate the right fish to eat. It’s down to the consumer, or the restaurateur to choose it.
Some eateries are already dedicated to the sustainability cause, with the Responsible Fish Restaurants initiative working to help chefs make better choices, to create a buyer-driven pressure for change. Hélène Darroze from the Michelin-starred restaurant at the Connaught thinks that restaurants must lead the way, ‘It’s not the customers who should decide what’s going to happen. On the contrary, our role as chefs is to teach them. This is a question of survival.’
But Rick Stein recognises that it’s not necessarily that simple, ‘As a restaurateur you are now expected to know your fish sources and your sustainable species,’ he says, ‘but it’s difficult to always stick to the squeaky clean species if you’re trying to run a restaurant, restaurateurs can only do their best.’

Gone fishing
Retailers are reacting to customers’ demand, the Marks and Spencer website boasts, ‘Tell us the Best Before date on a packet of fish fingers and we can tell you the boats that caught the fish (and the fishermen who caught them)’. Their aim is to be in a position where all the fish they sell is MSC certified or equivalent, they are dedicated to the sustainability of their fish, launching quarterly campaigns to promote lesser-known fish.
Other chains are in the same boat, co-founder of Pret A Manger, Julian Metcalfe, changed the company policy on tuna after seeing The End of the Line, a powerful feature documentary film about overfishing. ‘Seeing the film has really galvanised us into action,’ he said. He eliminated usage of all of the exceptionally controversial yellowfin and bluefin tuna, and ensured all their tune was from then on sourced from sustainable rod-and-line fisheries. Sainsburys, Morrisons, Waitrose and Co-op have also reassesed their fish products in line with ethical policies.
Fish is a delicious, nutritious and wholesome food but if we want to continue enjoying it for years to come then it’s important that as consumers we think twice about what fish we’re buying, and how it got there.

Which fish?
The general rule is to avoid eating fish before they have spawned as this undermines future sustainability. Aim to eat fish caught by pole and line, it’s much less wasteful, means fewer fish die from bycatch and underage fish can be returned to the sea.

Fish to avoid
1.  Atlantic and North Sea Cod – stocks are heavily depleted. Longline fishing can result in seabird bycatch, make sure yours is “seabird-friendly”.

2.  Plaice – subject to high fishing pressure, many stocks are in decline. The Irish Sea stock is currently the only one classified as healthy and harvested sustainably.

4.  Sole – Western Channel and Biscay stocks are below the recommended minimum level and harvested unsustainably.

Fish to eat
1.  Black bream – the sweet, firm flesh is delicious and is increasingly popular, choose line-caught where available.

4.  Mackerel – stocks are healthy, except in the North Sea. Mackerel taken by handline is the best choice.

5.  Pollack – championed as the best substitute for cod and haddock, owing to its white, dense and firm flesh.