For years, psychologists have studied the impactful relationship between playtime and learning in both the social and academic sense. Leading psychologist Dr Elizabeth Kilbey from Channel 4’s ‘The Secret Life of…’ speaks with Kayley Loveridge, shedding crucial insights into the power of play and how it facilitates learning at its best. 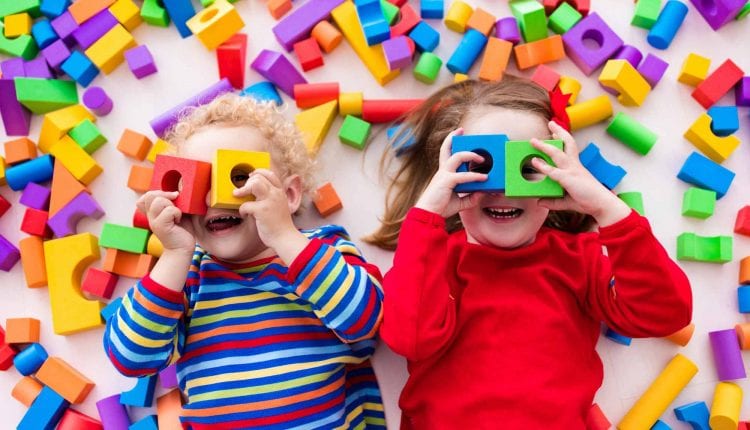 The benefits of playtime—especially unstructured play or ‘free play’—for young children are numerous, in both an educational and social sense. Play promotes the development of language, brain function, emotional intelligence and physical health.

As children use playtime to practice making decisions and take active leadership, this time helps their feelings of confidence and resilience grow exponentially.

An experimental study carried out by psychologists Pellegrini and Holmes in 2006 found that children tend to focus more on academic subjects following playtime between classes, emphasising that play is crucial in all aspects of learning.

Recent research led by toy giant Lego, however, has shown that parents are prioritising academic learning for their children and reducing time spent in free play in order to do so.

It seems that unstructured playtime during school is becoming considerably less important when compared with formal education, with parents and educational institutions feeling the pressure to achieve high quality and quantifiable exam results instead.

The power of play in social development

Alongside free play, time in the classroom (particularly in those crucial infant years) is key to developing the social skills that children will carry throughout their lifetime. ‘A lot of it is about self-regulation, about managing yourself and about getting along with other people and about learning, what we call, “good learning behaviour”; how to sit still, how to listen, how to focus on a task,’ says Dr Kilbey.

Why is Creativity and Imagination Important for Children?

Your Child’s First 1,000 Days and the Important Role…

What’s the Best Path to Good Nutrition for Kids?

Time spent in the classroom is much broader than simply learning literacy and mathematics, ‘It’s about the development of the learner. Their personality, their ability to manage in that setting,’ she explains.

When it comes to time away from a formal classroom environment, though, how vital is playtime in facilitating strong social development? ‘Completely vital,’ says Dr Kilbey. ‘Children are built to play, that’s what they’re designed to do. The reason they’re designed to do that is because that’s how their brains learn and that’s how they develop; that’s their default setting.’

Dr Kilbey explains that children often utilise this time to re-enact scenarios they witness in their day-to-day lives like family relationships or shopping—otherwise referred to as role play. ‘Play is the vehicle through which they [children] understand and make sense of their world,’ says Dr Kilbey.

‘Their play is a mirror of their internal world, of how they see everything that’s going on around them. So, anything they encounter, they will show us in their play.’

Interestingly, strong links have also been made between the effect that role play has on the development of language. A 1999 study by psychologist Edward Fisher found that sociodramatic play (characterised as role play where children pretend together) ‘results in improved performances in both cognitive linguistic and social affective domains’.

The role of play in resolving conflict

Dr Kilbey describes the playground as a ‘kind of social training ground’—and for good reason. For many young children, school, and indeed the playground, will be the first encounter they have with lots of peers their own age, and with that comes the inevitability of conflict arising.

‘Conflict is an inevitable part of being a child, because when you’re young, you are very—what we call—”egocentric”. You see the world from your point of view and you want things your way and the minute you encounter someone else who wants things their way, then you have conflict,’ she says.

But while on the surface conflict may feel problematic to your little one, it’s an essential component in the development of a child’s social and empathetic skills.

Dr Kilbey explains that managing conflict at this age ‘is formative in terms of how you’re going to grow up managing your adult life, because conflict is an inevitable part of the human experience. This is their first experience of “cutting their teeth”, if you like, in the playground of learning how to get along with   other people.’

Playtime—and in particular, elements of free play where children are left to their imaginations in a group setting—contributes greatly to the overall development of a child’s emotional maturity. The egocentric nature of children, particularly of those around the age of four or five, means that their sense of empathy is still in its infancy.

‘At four and five, they’re much more egocentric, much more self-referencing, they haven’t really mastered theory of mind which is taking into account the perspective of others or understanding that others have a mind that is separate from yours and therefore have different ideas or beliefs,’ says Dr Kilbey.

‘By the time they get towards five, six and seven, they really are developing theory of mind. They’re beginning to understand their own emotions better and be able to recognise them in others and then respond to them in other people.’

It is this sense of learning empathy that occurs, in part, as a result of playground socialisation. According to Dr Kilbey, children’s emotional response to their peers develops rapidly as they reach the age of six. During the school years three to six, children are ‘much more able to understand each other’s emotions.

By the end of primary school, they’re quite sophisticated and not only understanding, but also influencing other people’s emotions and they’re gearing up for pre-adolescence, which is a big emotional maelstrom.’

Perhaps one of the most prominent factors surrounding the benefits of playing, is its role in facilitating learning in the classroom and enhancing later academic achievement. All of the skills that children learn whilst on the playground including roleplay, developing a sense of patience, rule-making and problem-solving are all vital within a classroom setting.

The language skills that develop as a combination of these practices provide young children the know-how they need to begin to learn to read. Introducing books to children from an early age—particularly textured books with mirrors and things to touch that stimulate their senses—makes it more likely for children to learn to read by the time they reach infant school, says kidshealth.org.

Making the most of playtime

Mum and dad can play a key role in their child’s development by allowing them the space to be imaginative and create in an unstructured way. It is important that children have plenty of time to play; in fact, leading children’s organisation Healthy Children suggests that children have at least 30 minutes adult-led play and 60 minutes of unstructured free play each day.

Unstructured play on their own teaches children to self-occupy, perseverance and patience—crucial skills needed at school and beyond. Dr Kilbey recommends that children are able to ‘explore their own interests, that they can play with lots of different things like in outdoor play, indoor play, physical coordination, climbing, creative, imaginative [and] role play. It’s about giving the child the opportunity to explore a whole range of different things’.

The Sweet Health Benefits of Honey

Tackling the Problem of Dehydration

Taking the Worry Out of Choosing a Nursery

Why Honey is a Healthy Swap

How to Choose the Right Baby Bottle