Plastic Pollution and why bottled water is bad for the planet 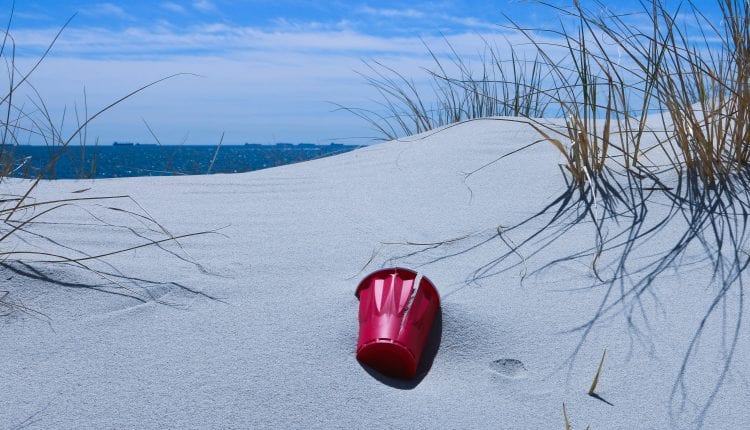 In recent years, awareness on how our actions can affect the environment and the health of our planet, and subjects such as plastic pollution has increased dramatically.

The BBC One documentary ‘Blue Planet 2’ aired in October 2017 and was instrumental in bringing plastic pollution to the forefront of public consciousness. Memorably narrated by Sir David Attenborough, the dramatic scenes showing the debilitating effects of ingesting large amounts of plastic on a variety of ocean creatures was hard to watch.

Over eight million tonnes of plastic pollution waste find their way into the world’s oceans each year, according to the American Association for the Advancement of Science (AAAS).

Many plastics are not bio-degradable, whilst single use plastic can degrade but will stay in our ecosystem for at least 450 years. According to National Geographic over 73% of all beach litter is single use plastic such as food wrappers, shopping bags and of course plastic water bottles.

Investigations have also shown how microplastics, small plastic pieces less than five millimeters long and often invisible to the human eye, are polluting both the seas and the creatures that inhabit them.

Marine scientists have recently discovered the devastating impact plastic pollution is having on coral reefs.

A new study based on four years of diving on 159 reefs in the Pacific shows that reefs in four countries — Australia, Thailand, Indonesia and Myanmar — are heavily contaminated with plastic pollution. It clings to the coral, especially branching coral. And where it clings, it sickens or kills.

According to senior author Drew Harvell at Cornell University “It’s certainly well known that plastics abrade corals, create new openings,” she says. “They basically tear open the skin of the coral and that can allow an infection from anywhere to start.”

How Can an Air Purifier Help Keep Your Home Healthy?

Why Indoor Air Pollution Is The Invisible Menace

Making A Noise About Hearing Protection

However not only are our oceans becoming affected by plastic pollution, but research by the World Wildlife Fund has now shown that the average person can ingest up to five grams of plastic each week…this is the equivalent to the amount of plastic found in a credit card.

Shellfish and fish have often been cited as the most common food sources that contain microplastics. A study by scientists from Brunel & Hull Universities found them to be contained within 100% of samples taken from eight sites around the UK.

Microplastics can also be ingested through the water we drink. An investigative report by Orb Media looked at 159 samples of non-filtered tap water across five continents. They found more than 80% of the samples contained microplastics from plastic pollution.

A further study by researchers at the State University of New York looked at the 11 most popular bottled water brands and found that more than 90% of the samples contained microplastic particles.

Researchers from the World Wildlife Fund have found that people who are drinking non-filtered water are annually consuming up to 102,000 tiny pieces of plastic. This equates to 250 grams of plastic pollution swallowed each year!

A social revolution regarding the use of plastics has begun. Further restrictions on single use plastics, including bans on plastics straws, plastic drinks stirrers and plastic cotton buds will come into force in England from April 2020.

“By taking the small and simple step to go ‘Back to Tap’, we can all reduce our carbon footprint and contribute to putting a stop to this environmental madness.” (Tony Juniper, Friends of the Earth).

Initially launched over 10 years ago, Triflow Concepts Back to Tap Campaign aims to encourage consumers to forego costly and environmentally harmful bottled water and return to drinking filtered tap water.

Triflow Concepts are specialists in filtered drinking water for the home. Our Original Systems were the world’s first taps to deliver hot and cold water as well as filtered water through a dedicated waterway in the same spout, to stop any cross-contamination.

In 2020, we are proud to launch our new Triflow Quadro range. This provides all the same features as existing systems but with the added benefit of instant boiling water, creating a 4-in-1 system.

This feature was brought to you by Triflow Concepts

COVID-19: Everything You Need to Know About Coronavirus