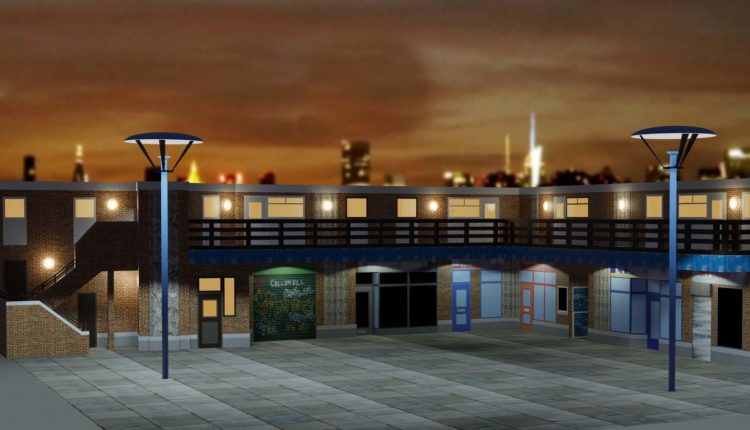 The producers of popular TV soap Coronation Street have announced plans to build a new set to provide a “grittier vibe” for its storylines. The Weatherfield Precinct set will feature maisonette flats, shops and a piazza.

Building work o the news set will begin this week, expanding the existing set in Trafford, Greater Manchester. It’s thought that the work will take around six months to complete.

Production designer Rosie Mullins-Hoyle said an “incredible amount of research” had been carried out, focusing on 1960s local architecture.

“We are striving to create an authentic area of Weatherfield with a grittier vibe to the existing street that we know and love,” she said.

“I cannot wait to meet the characters that may call it home and see the businesses that will be created and the storytelling potential of an old but new part of Weatherfield.”

The announcement comes as the show, which is the world’s longest running TV soap opera, moves to an 8pm time-slot with hour-long episodes

Series producer Iain MacLeod said: “The fabled Weatherfield Precinct has been much discussed, but little seen on the show in our 61 years, and I am really excited to be expanding the Coronation Street universe.”

June Brown, Known for Her Role as Dot Cotton in EastEnders,…

Coronation Street – The Soap Opera That Set a World…

He added that “plans for the shopping area are drawn directly from the real-world Salford environs that inspired the show’s creator Tony Warren”.

The rather modest plans stand in contrast to the BBC’s recent completion of a new set for rival soap Eastenders. The £87m project at Elstree studios includes all of Albert Square’s familiar landmarks, including the Queen Victoria pub, the Arches and Walford East station, and was originally intended for completion in August 2018. Filming at the new set began in January, but viewers will finally get to see the actors on screen at the new location for the first time this week. The old set, also at Elstree Borehamwood studios, was deemed ‘not fit for purpose’ in 2016, but redevelopment plans were hit by the Covid pandemic, cost over-runs and management problems.

Monday’s episode of Eastenders began with a sweeping crane shot of the new set, followed by an in-joke about long-term Sharon Watts’ coat, which character Martin Fowler said “looks just like the old one”.

The Ideal Home Show Returns for 2022