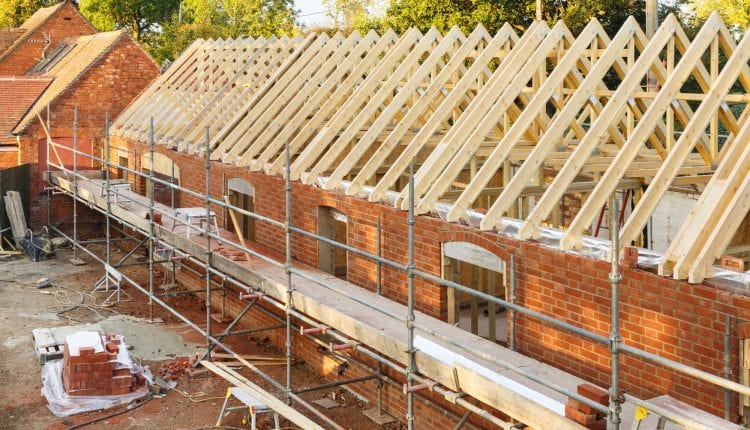 Planning reforms included in the Queen’s speech due on May 13th have been denounced as a “complete disaster in the making” by London Councils. The housing and planning body said that government’s proposed planning bill, intended to create a “simpler, faster and more modern planning system”, that can ensure “homes and infrastructure can be delivered more quickly across England”, will actually lead to “more slum housing built to maximise profits”.

The statement from London Councils’ executive member for housing and planning Darren Rodwell (Labour) called the planning overhaul “a complete disaster in the making”. He said: “We’re desperate for more affordable housing in the capital – but these reforms risk making the situation worse.”

The government plans to replace the existing ways developers fund affordable housing and infrastructure, such as the community infrastructure levy, with a new, more predictable and more transparent levy. But the London Councils statement warns that this would leave councils with “very few mechanisms for ensuring affordable housing targets are met”.

Last year’s planning white paper proposed the creation of three different zones, each with its own purpose and degree of development: growth, renewal and protection. However, The Times today reported that while there will be zones marked for growth or protection, ministers are “undecided on adding a third category for regeneration”.

The London Councils statement argues that moving to a zonal planning system would mean “fewer opportunities for local accountability and oversight”, making it “harder for councils to make sure the right sort of homes are built to the right standard in the right places”.

The housing body also says that boroughs will not be given “the ability to force developers to build out the planning permissions they have been granted”, creating a climate where house-building may stall. It says that there are more than 300,000 new homes in the capital’s development pipeline, but that under the proposed new system these may not proceed.

“Our concern is that ripping up planning regulations will only lead to more slum housing built to maximise profits rather than address Londoners’ needs. There’s so much more the government should be doing to invest in affordable housing and to support local councils’ housebuilding ambitions.”

See also: How to Create Your Perfect Garden: Part One – A Perfect Lawn

The planning proposals were also questioned by Dr. Jonathan Carr-West, chief executive of the Local Government Information Unit. He said: “Everyone agrees that we need to build many, many more houses in this country. It’s less clear that planning is what is preventing us from doing so. These proposals leave local government with the political liability on planning whilst depriving them, and by extension the communities they represent, of the powers to manage it effectively.

The concern is that the new regulations, which would be the biggest shake–up to planning rules in a generation, while reducing the impact of ‘nimbyism’ by which local councils resist development in their areas, may also lead to a loss of involvement of the local democratic process.

The proposals have also drawn criticisms from countryside groups. Fears are that the plans will boost home ownership in areas of increasing Conservative support in northern England and the Midlands, using post-Brexit freedoms to simplify environmental assessments for developments, but will lead to the “suburbanisation” of the countryside and “rural sprawl” without delivering much-needed affordable housing.

Fiona Howie, the chief executive of the Town and Country Planning Association, was quoted in The Guardian saying: “It is disappointing that the government’s narrative has focused, once again, solely on housing numbers. If we are truly committed to building back better, we need the built environment to support communities to thrive.”

She added that he bill must “ensure planning radically reduces our carbon emissions”, describing the legislation as the “last chance”.

The proposals were also criticised on environmental grounds by the countryside charity CPRE, which described them as an “utter disaster.”

“We will see a lot more houses on greenfield land and in areas of outstanding natural beauty,” said Debra McConnell, a local CPRE chair. “The people in the north of England need these green spaces for their wellbeing.”

The CPRE also warned that the bill, which will largely apply only in England, runs counter to the proposed Environmental Bill, and would “take us back to a deregulated dark age of development”. It fears that the new homes built are unlikely to be low-cost or affordable.

Also announced in the Queen’s Speech will be plans to reform regulations on leaseholds, so leaseholders of new, long residential leases cannot be charged a financial ground rent for no tangible service.

The End of the Show for Ellen Degeneres