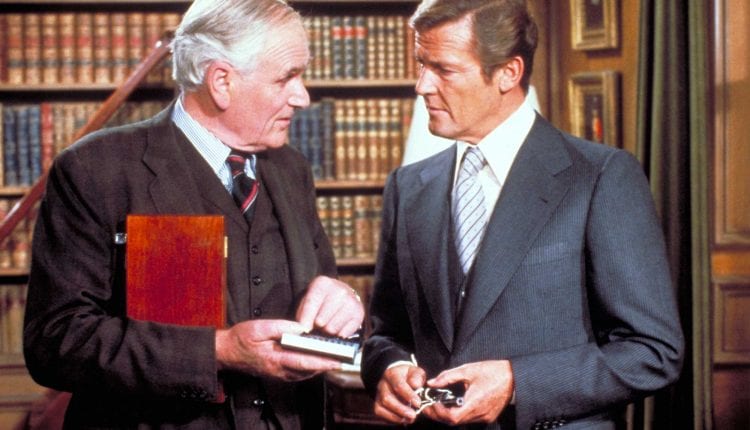 Online retailer Amazon has made an offer to buy Hollywood studio MGM for $8.45bn (around £6b). The deal would include the James Bond movie franchise and thousands of hours of classic TV programming, which will allow Amazon to compete with entertainment rivals such as Netflix.

MGM, or Metro Goldwyn Mayer, is one of the most famous studios in Hollywood, founded in 1924 by the merger of three studios and recognisable by its Leo the Lion mascot. It produced classics like Singin’ in the Rain and Some Like it Hot, but has run into financial difficulties recently and has been exploring a sale since 2020.

Amazon’s Prime subscription service will now be able to offer customers access to around 4,000 MGM classic movies, and 17,000 TV shows including recent ones like The Handmaid’s Tale.

Some of MGM’s back catalogue includes:

and upcoming titles include

The sale comes as Netflix shares crashed with the end of the ‘pandemic boom’ of new subscribers, WarnerMedia and Discovery merged to create a new entertainment giant, and Disney+ reported being on track to achieve its goal of 230 to 260m subscribers by 2024.

Certainly the entertainment market is changing for good, with the classic Hollywood studios and their intellectual properties like James Bond becoming just more content for the appetites of online consumers.

Amazon said in a statement that the deal would allow MGM “to continue to do what they do best: great storytelling”, and Kevin Ulrich, Chairman of the Board of Directors of MGM, said: “I am very proud that MGM’s Lion, which has long evoked the Golden Age of Hollywood, will continue its storied history. The opportunity to align MGM’s storied history with Amazon is an inspiring combination.”

The deal, which is Amazon’s second biggest after it paid $13.7b for retailer Whole Foods Market, has yet to be approved by regulators.

Amazon has been making and buying its own TV shows and movies since 2013, the same year Netflix started streaming its own productions such as House of Cards. But Amazon’s own productions have been less than memorable, apart from the odd one such as Transparent. It has had some success with the recent Oscar-winning Sound of Metal, and is spending half a billion dollars on the Lord of the Rings series, but this just goes to show that however much money you have to spend, it’s easier to license successful existing properties rather than developing your own.

Could this mean that in future, blockbusters such as the Bond films could premiere online rather than in cinemas? After a disastrous year in which cinema chains have struggled to survive lockdown, this could be the final nail in the coffin for traditional movie venues.

Depending on if and when the sale goes through, Amazon may benefit from the much delayed release of the 25th James Bond movie, No Time to Die.

No Time to Die was originally scheduled for release in November 2019, but was postponed to February 2020, and then to April 2020 after the departure of original director Danny Boyle. The premiere in China and a countrywide publicity tour, planned for April 2020, were cancelled due to the early outbreak of COVID-19 in the country, and by March 2020 the decision was made to postpone the release until 12th November 2020 in the United Kingdom and 25th November 2020 in the United States. As of now, the release has been rescheduled again, to 8th October 2021. In February 2021, an earlier release date of 30th September 2021 was announced for the UK.

But there’s another intriguing theory as to why Amazon owner Jeff Bezos, sometimes the world’s richest man (it changes between him, Elon Musk and French fashion tycoon Bernard Arnault) might have wanted to buy MGM – wanted it so much, in fact, that he was willing to pay twice what the company had been valued at.

Talk show host Stephen Colbert jokes that the purchase of one of Hollywood’s golden-age studios is “such a billionaire move – next [Jeff Bezos] is going to buy Kellogg’s just so he can make the MGM lion fight Tony the Tiger.”

But, Colbert went on, “Why would one of the world’s richest men pay almost twice the value for a struggling movie studio that recently went bankrupt? – Well, it could be that Jeff Bezos has an ongoing feud with the former president” (Donald Trump) – and MGM owns all the outtakes of The Apprentice, Trump’s 2000s reality show that aired on NBC.

“Holy mother of DVD extras!” Colbert exclaimed. “The private footage of a TV billionaire is going to belong to an actual billionaire!

“You see, for years, there have been allegations of outtakes from The Apprentice where ‘the slobfather’ uses racist language,” Colbert continued. Or, to quote Tom Arnold, who claimed in 2016 to have seen the outtakes personally, Trump said “every dirty, every offensive, racist thing ever”.

“So, on brand,” Colbert said. “And if this is true, someday soon Bezos may release the most racist thing in the MGM catalog – other than Gone With the Wind.”

Choosing the Perfect Stroller For Your New Arrival