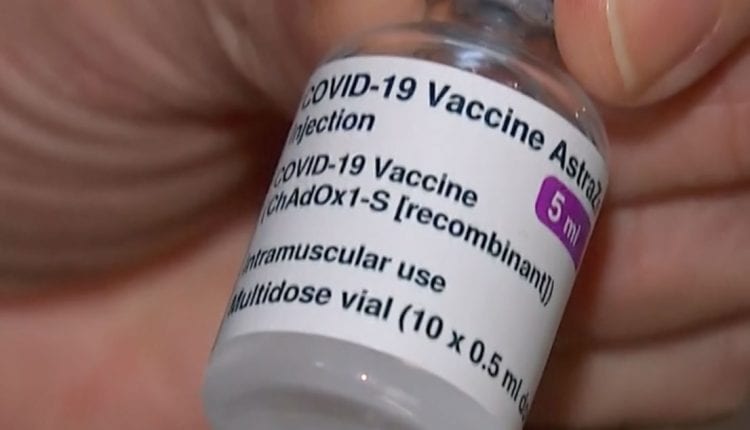 An 82-year-old dialysis patient in Oxford has become the first person to receive the Oxford-AstraZeneca Covid-19 vaccine.

More than half a million doses of the vaccine are available from today, Monday January 4th, initially going to care homes and through over 700 GP-led services. The number of vaccination services is planned to be in the thousands within a few weeks.

The Oxford vaccine can be stored in ordinary refrigerators rather than the ultra-low temperature units required by the Pfizer/BioNTech vaccine, and so is easier to distribute. Nevertheless the manufacture and distribution of enough vaccine for the entire population will be a major logistical project which will take many months.

See also: Naturally Healthy for Life – All You Need to Know About Phytoceuticals

See also: Back to National Lockdown as Coronavirus Cases Increase

Health Secretary Matt Hancock said that the roll-out of the Oxford vaccine was a “pivotal moment” in the UK’s fight against the virus, as it will help curb infections and then allow restrictions to be lifted; however, it’s still not entirely clear whether the vaccine prevents people who have been immunised from passing on the infection.

The news comes as the faster-spreading variant of the virus has led to a new high in infections. There were more than 50,000 new COVID-19 cases recorded in the UK on Sunday January 3rd, a level which has held for six days running.

Prime Minister Boris Johnson has warned that tougher measures have to be taken to control the spread of the virus. It’s been suggested that this could include a period of national lockdown comparable to that of March, though suggestions that there could be curfews have been denied. The whole of Wales is now under lockdown, Northern Ireland began a new six-week lockdown on Boxing Day, and Scotland moved to its highest Level Four restrictions the same day.

The situation regarding the reopening of schools is still unclear as many which were supposed to be open have been forced to remain closed due to shortage of staff. Some teachers’ unions have been advising staff not to go to work if they feel that arrangements are unsafe.

Though it’s not thought that children are any more likely to contract the new variant coronavirus than they were the original, and no more likely to suffer ill effects if they do, it’s not clear whether they may be more prone to spreading it.

Volunteers are being recruited to help with the roll-out of the Oxford vaccine, though there are some concerns that bureaucracy may be putting off some volunteers, with reports that some are being asked to complete as many as 21 forms, including ones on fire training and terrorism prevention. Matt Hancock has said that he will aim to “reduce the amount of bureaucracy”, though he didn’t believe that it was delaying roll-out of the vaccine.

England’s chief medical officer Chris Whitty has warned that while the availability of vaccines gives us “a route out in the medium term”, the NHS is still under “considerable and rising pressure in the short term”.

Cases are rising most quickly in Wales where about one in 60 people have the virus, according to the Office for National Statistics (ONS). Cases in Northern Ireland are also up, while London, the South East and East have the highest estimated rate of coronavirus in England.

The average number of daily deaths began to rise again in September, following the first peak in Spring, with the government announcing a further 454 deaths on Sunday 3rd January. Of these, 392 were in England, 56 in Wales and six in Northern Ireland. There were no deaths reported in Scotland, but this was due to the holiday period.

The battle to roll out the vaccinations in time to prevent disastrous levels of coronavirus has been described as ‘a race between infection and injection’.

The NHS is aiming to provide 2 million injections a week, but that may be a challenge considering the logistics involved in manufacturing, packing, certifying and administering the injections.

A total of 140 million doses of both vaccines have been pre-ordered, and more than a million people have received their first dose. GPs will be contacting registered patients as they become eligible for the vaccination.

Naturally Healthy for Life – All You Need to Know About Phytoceuticals