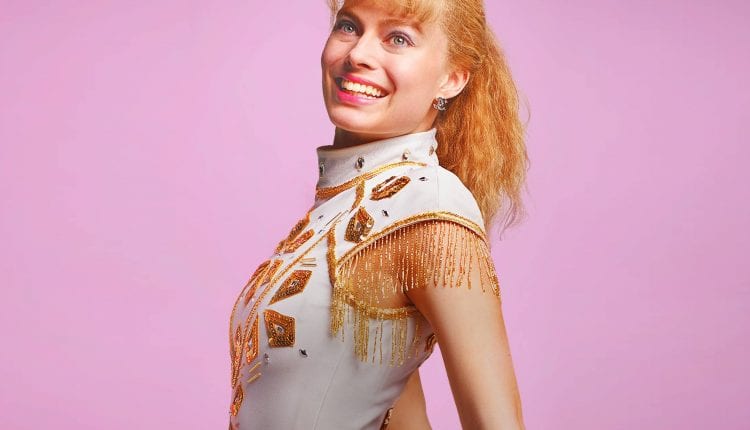 When you watch a celebrity biopic, do you want it warts-and-all, or just the glossy image? We choose some movies from either side of the fence

In the 2019 biographical musical film of the life of musician Elton John, director Dexter Fletcher (yes, from Press Gang), didn’t pull any punches when it came to the booze, debauchery and tantrums in the life of the star, played by Taron Egerton. But this was all cut out in Russia, and indeed on Delta Airlines. Otherwise, one critic described it as a “formulaic, paint-by-numbers biopic.”

Though it was a box-office bomb, Michael Mann’s 2001 biopic starring Will Smith did a good job of covering the years 1964 to 1974 in the life of the boxer Muhammad Ali, featuring his capture of the heavyweight title from Sonny Liston, conversion to Islam, criticism of the Vietnam War, banishment from boxing, return to fight Joe Frazier in 1971, and the Rumble in the Jungle in 1974, while touching on the great social and political upheaval in the United States following the assassinations of Malcolm X and Martin Luther King Jr.

From Tom Jones to the Rolling Stones, Who Are the Oldest…

8. My Week With Marilyn

Despite criticisms for a shallow script and clumsy direction, Simon Curtis’ 2011 drama made the best of slim material, the diaries of Colin Clark’s flirtation with stellar actress Marilyn Monroe as she shot The Prince and the Showgirl in 1957. Michelle Williams certainly shone – she was awarded the Golden Globe for Best Actress in a Motion Picture, Comedy or Musical, and earned Best Actress nominations from the Academy Awards and British Academy Film Awards. But the feeling was that we learned little more about Marilyn than we knew from previous biopics such as Marilyn and Me (1991), Marilyn: The Untold Story (1980) or TV mini-series The Secret Life of Marilyn Monroe (2015).

This 2005 biopic of troubled country singer Johnny Cash was the all-time highest grossing music biopic until Straight Outta Compton surpassed it in 2015. Directed by James Mangold and featuring Joaquin Phoenix as Cash and Reese Witherspoon as June Carter, the biopic “burrows deep into painful territory that Mr. Cash barely explored” in the source biographies, 1975’s Man in Black: His Own Story in His Own Words and 1997’s Cash: The Autobiography.

This 2002 biopic directed by Julie Taymor depicts the professional and private life of the surrealist Mexican artist Frida Kahlo, but it’s really the passion project of actress Salma Hayek, who was nominated for an Academy Award for her performance.

The movie doesn’t shy away from depicting Frida Kahlo’s bisexuality, alcoholism or tempestuous relationship with her husband Diego Rivera (played by Alfred Molina), and though Frida’s name and work were coming back into fashion when the movie has made, arguably it did more than anything else to cement the artist’s reputation as a seminal feminist icon.

5. The Theory of Everything

Dealingwith the romantic relationship between theoretical physicist Stephen Hawking and his wife Jane, this 2014 biopic directed by James Marsh was adapted from her memoir Travelling to Infinity: My Life with Stephen. It doesn’t avoid discussion of their subsequent divorce, but according to one critic, “the screenwriters rearranged the facts to suit certain dramatic conventions. And while that always happens in these based-on-a-true-story films, the scale of the departure in The Theory of Everything is unusually wide. The film becomes almost dishonest, in a way that feels unfair to both parties, and oddly, particularly Jane Hawking herself.” So, approach with caution.

Damien Chazelle’s 2018 biopic of astronaut Neil Armstrong, the first man on the moon, follows the years leading up to the Apollo 11 mission in 1969. It cheesed everyone off by avoiding depicting the planting of the American flag on the moon. Though critically well received and a box-office success, one critic called the film dour and unromantic, while another said it “captures the grandeur and otherness of the Apollo saga, but not the Midwestern modesty of its hero, Neil Armstrong,” adding: “Skillful and compelling this film may be, but, if Neil Armstrong had been the sort of fellow who was likely to cry on the moon, he wouldn’t have been the first man chosen to go there. He would have been the last.”

Perhaps most notable for the remarkable physical transformation of star Renée Zelwegger into screen icon Judy Garland, this 2019 biopic directed by Rupert Goold is an adaptation of the Olivier- and Tony-nominated West End and Broadway play End of the Rainbow by Peter Quilter.

It follows Judy Garland’s declining career when she relocated her stage career to Britain, coupled with flashbacks to her teenage years, most prominently the filming of her part as Dorothy Gale in The Wizard of Oz, and is pretty relentless in depicting her addictions, abusive childhood, health breakdown and psychological issues. Zellwegger justifiably won the Golden Globe Award, SAG Award, BAFTA Award, and the Academy Award for Best Actress.

With the surviving members of the band Queen as consultants and a PG rating in mind, it was never likely that this 2018 biopic of lead singer Freddie Mercury was going to be too warts-and-all. In fact, between losing director Bryan Singer half-way and glossing over some of Freddie’s excesses, the movie turned out to be an estimated 79 percent historically accurate. Guardian pop critic Alexis Petridis described the portrayal of Mercury as “sanitized”, writing: “Bohemian Rhapsody is a film that plays so fast and loose with the truth, it ends up seeming faintly ridiculous: you start out nitpicking about minor chronological errors… and end up with your jaw on the floor.”

A biography mired in contradictory allegations, half-truths and unlikely drama made idea material for 2017’s I, Tonya, Craig Gillespie’s blackly comic account of the life of the ice skater Tonya Harding, played with manic intensity by Margot Robbie. The movie omits nothing in its account of Tonya’s unlikely rise to fame, relationship with her crazed husband, and inevitable downfall. Described as ‘loosely based on actual events’, it’s probably truer than most of the biopics we see, though one critic said: “The movie certainly doesn’t worry about letting facts get in the way of a good story or bother to tell you that the only person Tonya has to blame…is herself.”

So the next time you are watching a celebrity biopic, ask yourself whether you really want a warts-and-all account, or whether you would rather see a glossed-over version – after all, our heroes aren’t always the people we imagine them to be!