Safe and Independent at Home With Ornamin 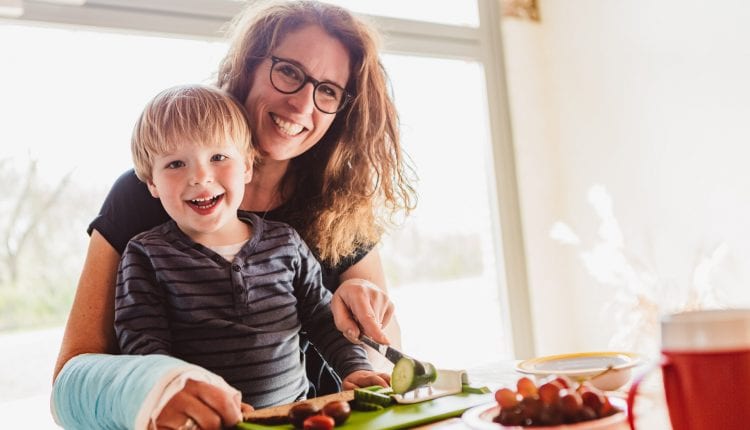 When you need help eating and drinking, where do you look for aid? We asked the experts from Ornamin

The need for care – in today’s world, the topic is more than present: you often hear it from people around you when someone unexpectedly becomes in need of care. For example, after an accident or a stroke. What happens when it becomes very real for yourself and your own mother or grandfather has to be cared for? Or what happens when it hits you? Wouldn’t it be wonderful to remain as independent as possible?

To make everyday life easier, ORNAMIN has invented many eating and drinking aids to be safe and independent. The ORNAMIN tableware has been developed together with people in need of care, occupational and speed therapists as well as professional carers. These are tailored to the special needs of patients, carers in retirement homes, nursing homes and hospital staff. The eating and drinking aids can be used intuitively, are not stigmatising, relieve caregivers and increase the quality of life of those affected.

They are suitable for any illness, e.g. dementia, stroke, multiple sclerosis or Parkinson’s disease and of course also for people with disabilities after an accident – they provide support where the body reaches its limits.

ORNAMIN tries to give back a piece of routine to those affected. Isn’t that what one longs for most after a hard blow of fate? Normality and independence?

SMART DESIGN BRINGS EVERYONE TO THE TABLE

Eating together is an important social event and one of life’s simple daily pleasures – provided everyone can participate and enjoy their food. The award-winning tableware by ORNAMIN has been designed with style as well as function, removing any stigma or embarrassment about using adaptive crockery because its supportive features are hidden in its design.

See also: Are We Closer to a Treatment for Alzheimer’s?

Shaky hands, limited movement in the neck or the lack of a functional second hand make it nearly impossible for people with these disabilities to eat and drink on their own. Being fed or spilling on the table or yourself can have a negative impact on self-esteem and even lead to refusal to eat or drink. The supportive features in the ORNAMIN tableware compensate for just these types of disabilities and facilitate independent and carefree eating and drinking.

These aids hold the tableware securely in place on the table, prevent them from slipping out of hands and, like an invisible second hand, allow people with just one hand to eat on their own with ease. And ‘invisible’ is just the right word, as all these features are incorporated into the design in such a way that they are hardly noticeable at first glance.

Today, care with the help of spouted lids, plate guards and nose cut-out cups is very common. One big disadvantage of these classic care products, however, is that their special features clearly make them stand out as tableware for people with disabilities. In order to avoid this stigmatisation, ORNAMIN integrated supportive features cleverly hidden in its design.

With the ORNAMIN mugs with a specially designed inner cup, you can drink independently even if you cannot move your neck.

The ORNAMIN special plates are 3 products in 1 and replace plate guards, anti-slip mats and the plate itself. You only need one hand to use the eating aid.

The serious consequences of malnutrition are for example increasing physical weakness or chewing and swallowing disorders. The aim of the CQC inspection is to determine, improve and back up the quality of care. ORNAMIN supports you in meeting and increasing the quality inspection guidelines of the CQC (KLOES) as tableware for care institutions is subject to special requirements.

ORNAMIN Kunststoffwerke GmbH & Co. KG is an independent medium-sized company which was founded in 1955 in Germany. The parent company is located in Germany in Minden (Westphalia) and concentrates mainly on the development, production, marketing and sales of its own assortment – the tableware. All products are produced here, so everything is 100% made in Germany.

The company’s own research and development department is also located in Minden – all new products are invented here.

The sister company called ORNAMIN Ltd. has been based in Birmingham since 2016. From there, ORNAMIN has set its sights on the promising British market. British customers can now be supplied directly, including an English customer service.

For more information, please use the following link: https://www.ornamin.co.uk/shop/

Escape To The Country – The Benefits Of Countryside Living with Calor