Notes from the Doctor

It’s 25 years since Dr Chris Steele first appeared on ‘This Morning’ as resident GP. Since then he’s helped raise awareness of countless health issues concerning the nation – there’s not much this TV doctor hasn’t dealt with! Now, revealing his most memorable experiences, he tells us what drives him on after so many years in the profession. 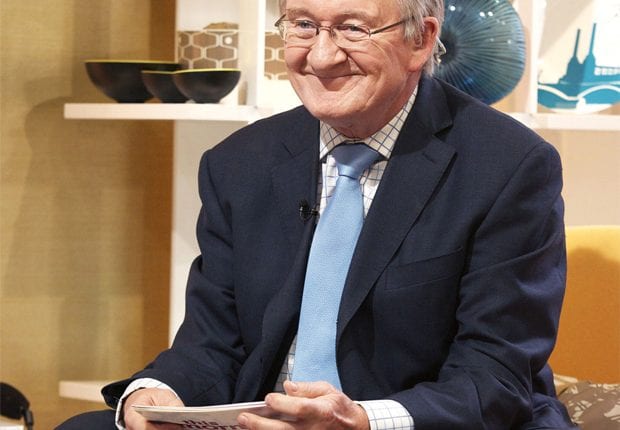 What prompted you to become a TV doctor?

25 years ago back when This Morning was created, the show’s producers had signed up several experts to talk on various topics. They were looking for an health expert, or doctor, but couldn’t find the right person. As you know, the two presenters were to be Richard Madeley and Judy Finnegan, and one day, quite casually, they said: “Have you tried our GP?” Well, the only TV work I’d done in the past were a few interviews about stopping smoking that I’d been involved in and that was about it! But nevertheless, ITV came and interviewed me and low and behold offered me the job!

Did it take you a while to feel comfortable on camera?

Oh yes, definitely! We used to do live phone-ins, and I was terrified of those because you really had to think on the spot and give an answer to people’s question – I was petrified of making a mistake! If you’re talking about cookery, or fashion, it’s not going to cause too much harm if you get a fact wrong, but when you’re advising someone on his or her personal health, well, that’s not something you can afford to make a mistake on!

25 years in the business is a long time – what keeps you so dedicated?

I feel that I can do more good being on television ten minutes a week than being a GP full-time; it’s because I can reach so many more people. If you’re a GP you usually have a schedule to see one patient every ten minutes – that’s six patients an hour, and perhaps 40 to 50 in a day; but I can go on This Morning and give advice to almost a million people in one sitting! It’s things like that which keep me in the business.

Do you think This Morning is good at reacting to current health issues?

Yes, very much so. Take the recent news, for example, of Billy Connelly having prostate cancer (which was caught early and is being treated) and also diagnosed with Parkinson’s disease. This Morning reacted to this story straight away, with information on the show about prostate cancer and Parkinson’s disease, describing the symptoms. The show is very news reactive these days.

Which health stories tend to cause the biggest reactions amongst viewers?

What really has the biggest impact on viewers are the ‘big’ issues, the diseases that can kill people – heart disease, cancer, cholesterol, blood pressure. Having said that, one of the most popular phone-ins we did back in the day was on the subject of acne during school half-term holidays.

You’ve been quite open on the show about your own health issues, haven’t you?

Oh yes, I’m very open about my health to the viewers because it does make them pay attention. I’ve had bad depression and I’ve talked about it on the show a few times; people are so grateful. My advice was: see your doctor, see your specialist, take your tablets – and the response was so positive. It’s important to show viewers that doctors are as human as the next person, we’re not immune from disease, and I like that in sharing my own personal experiences of illness I can help so many people.

What exciting projects are coming up on This Morning?

I think the most exciting thing coming up is our 25th birthday celebrations – 25 years of national television, it’s remarkable. When we started the programme, the aim was to try it out for a year, and when we did get to the first year anniversary I remember it was a huge success for us! So then we tried for a second year, and of course it’s gone from strength to strength – I think the secret behind the success is down to the variety we have on the show, it was the first ‘magazine’ programme to exist on national television.

What do you like most about being part of the This Morning Team?

The atmosphere, it’s so relaxed – it’s like one big ‘family’. I know it sounds really corny, but it’s true! It’s always been like that.

Which presenter duo has been your favourite?

It’s hard to say, they’ve all been so different. Holly and Phillip are a tremendous pair, they’ve got that great onscreen chemistry – a bit like Richard and Judy had, but then they were husband and wife. Fern and Phillip were great together, too. When Holly first started, I remember she was incredibly nervous as she had to step into the shoes of iconic  past presenters like Judy and Fern, but she was a natural!

You’ve worked on some interesting projects this year – what have been the most memorable for you?

Well the big one that stands out is the work I’ve done with the e-cigarette, but it’s still pretty new as a product.

Any projects which stand out for you over your carrer as a whole?

Well that’s got to be the variety of live clinics we’ve done over the years – one that stands out in particular is a clinic we filmed on the South Bank, just outside the studio, talking about the issue of how to look after your skin in the sun. It’s interesting that people will be so careful to use sun cream when they go abroad but they don’t use it when they’re back home in the UK, as though the sun over here is safe! We’ve also done mole check clinics, diabetes checks, gastro check clinics – all of them have been so useful for viewers.

Is there anyone you’ve really enjoyed working with?

We recently filmed in a hospital in Portsmouth; Peter Andre presented the feature alongside me – I tell you what, he’s a gorgeous man, he really is! Very natural, no celebrity airs and graces, a pleasure to work with.

What was the feature about?

It was meant to be a sort of ‘day in the life of a hospital’ feature, so we filmed for a whole day in various different departments, such as Accident & Emergency, Paediatrics and so on – it was tremendous and really interesting for viewers to see.

That sounds fascinating – will there be more features like that on the show?

Yes, we did a very similar piece in October for a week, filming in Manchester and focusing on cancer in men. Peter Andre joined me again to present it, and we even teamed up with Hollywood actor Samuel L. Jackson – look out for that, it was a good’un!

What do you think about other health-related TV shows such as Embarrassing Bodies?

In all honesty, I’m a bit disappointed  in shows like that – I think it’s sensationalism and ‘sexy’ television; but that’s the way television has gone, it’s the way things are and you have  to accept it.

So you’re not in favour of those sorts of shows?

Not entirely – I think any programme that informs people about their health, and uses trained UK doctors to provide the information, is good. It’s important for advice to be given out by professionals; it’s better  than people using the internet to search for answers, as on there  they just don’t know where the information has come from. So it’s great that these programmes can provide information you can trust – it’s just the subjects they tend to cover can be quite distasteful, it’s often just titillation.

Catch up with what the nation’s new sweetheart, Alex Jones, had to say in our exclusive Good Living magazine interview!

Tips that help to build healthy bones and prevent osteoporosis