Women in the north of England are more likely to be smokers when they give birth than women in the south, a new NHS survey has revealed 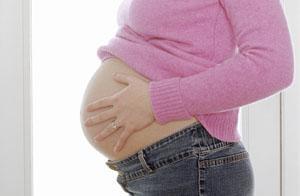 The NHS Information Centre has published results of a survey of 167,300 pregnancies in the last three months of 2011, showing a significant gap in statistics of mothers to be in the north and south of the country. An estimated 20 per cent of women were shown to be smokers at the time they gave birth in the north-east of the country compared to a much lower 6 per cent in London.

The range in the percentage of smokers varied hugely across the country with the lowest rate appearing in Brent, London at 2.8 per cent and ranging up to a staggering 30.3 per cent in Blackpool.

The number of mothers to be who smoke has dropped significantly in the last four years and the government aims to reduce the figure to 11 per cent of women who smoke at the time they give birth, by 2015.