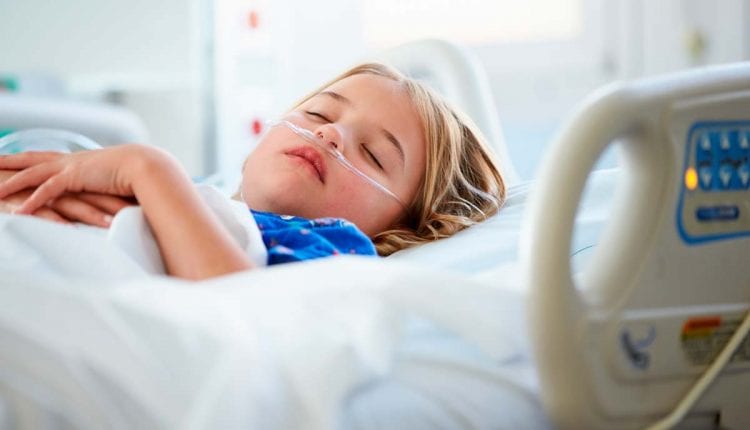 The NHS has sent out an alert to child health specialists warning of increasing numbers of cases of a “serious coronavirus-related syndrome” emerging in children in the UK.

An alert sent to GPs and child health specialists says that in the “last three weeks, there has been an apparent rise in the number of children of all ages presenting with a multi-system inflammatory state requiring intensive care across London and also in other regions of the UK”.

See also: Coronavirus – When Will We Have the Vaccine?

It adds: “There is a growing concern that a [COVID-19] related inflammatory syndrome is emerging in children in the UK, or that there may be another, as yet unidentified, infectious pathogen associated with these cases.”

Although the absolute number of children affected is thought to be small, there’s little known about the issue so far, except that the syndrome has the characteristics of serious COVID-19. Up until now, there have been relatively few cases of serious effects or deaths from coronavirus in children.

In the case of the new multi-system inflammatory syndrome, some of the children have tested positive for COVID-19, and some appear to have had the virus in the past, but some have not.

The alert was initially issued to GPs in North London by their clinical commissioning group, and has now has been sent to doctors more widely and confirmed in a separate “urgent alert” issued by the Paediatric Intensive Care Society.

The alert to GPs, marked “significant alert” states: “Please refer children presenting with these symptoms as a matter of urgency.”

Both messages said: “The cases have in common overlapping features of toxic shock syndrome and atypical Kawasaki Disease with blood parameters consistent with severe COVID-19 in children.

A rare but serious illness, Kawasaki disease (KD), or mucocutaneous lymph node syndrome, is an illness that causes inflammation in arteries, veins, and capillaries. It also affects the lymph nodes and causes symptoms in the nose, mouth, and throat. It’s the most common cause of heart disease in children.

See also: What Are the Five Groups of Coronavirus Cases?

The children being seen with this condition are commonly suffering from stomach pain and ‘gastrointestinal symptoms’ – which could include vomiting and diarrhoea. Yet only nine people under the age of 19 have died in England with COVID-19, out of a total of 18,420 reported by April 26 – representing 0.05 per cent of the total.

The reasons for this are unclear, but researchers suggest that lower rates of other serious illnesses and a lack of age-related lung damage may be a protective factor. The new syndrome seems to contradict this, and doctors in other countries have apparently reported the same sort of cases.

A paediatrician at St Mary’s Hospital in London, Dr Elizabeth Whittaker, said on Twitter that “Our Italian and Spanish colleagues also report it. Numbers are small but significant. We want primary care /A&E to be vigilant so those affected are in the right place to get appropriate supportive care if needed.”

We’ll keep you up to date on news on this worrying development.

Expert Warns of Dangers of Too Much Exercise in Lockdown