New independent research commissioned by property developer, St James, shows that the nation’s males and females are no longer disparate, but united in their requirements from their home. 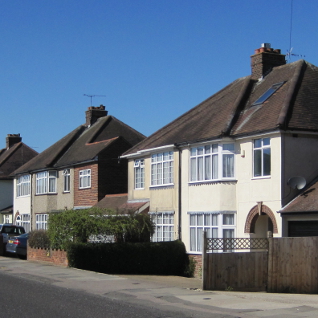 When asked what their top three ‘must haves’ are when choosing a prospective property, the genders were in agreement with almost three quarters of those surveyed short listing a garden or private outdoor space as their top priority. This indicates that in an age where property prices are continuing to rise, a garden is seen as a valuable extension of the internal living accommodation – making every square foot count.

Equally, space to expand and grow into a home avoiding the need to upsize in the short term was a priority amongst both genders, with over half of both men and women short listing a spare bedroom as the second most important feature that they would require when purchasing. And to reinforce that as a nation we are determined to maintain our right to use private transport, 38 per cent of those surveyed also prioritised car parking as the third essential characteristic.

One third of all parties surveyed highlighted open plan living as another important feature, reinforcing the idea that a home’s value is defined by more than just its location and number of reception rooms. Instead, buyers now realise that with space at a premium, flexible square footage is also key. Open plan space is far more adaptable and lends itself to the changing demands of its occupants.

A nation of male master chefs?

Most interestingly, it was the male respondents who prioritised an open plan kitchen far higher up their wish list than their females counterparts, suggesting that today’s modern man has a greater desire  to combine cooking, home entertaining and socialising in their home. This is supported by recent research from Hotpoint which flagged that British men are now picking up their pots and pans and cooking, on average, four meals a week.

When given the option to choose what a bonus room in the home would be used for – a hobbies room came out as the top favourite for both sexes, with a home office coming a close second for men, and a utility room a second favourite for the ladies, showing that gender stereotyping does carry some truth.

For the majority of UK house hunters – location remains key – with over 50% of both genders prioritising the location of their home over the size. As a nation, we are still prepared to compromise on square footage in favour of a sought-after postcode or an area close to amenities such as restaurants, bars and shops and transport links.

Both sexes are keen to maintain a clear division between their home and work life, with nearly half of the men polled and one third of women stating they enjoy going to work in an office. And if given the choice, only 20% of the both sexes would choose to work from home if they could.

Michelle Harris, Sales & Marketing Director for St James comments: “We already know from previous customer feedback that open plan living is a key feature for many house buyers. But it was surprising to discover that an open plan kitchen was a far higher priority for men than for women. This indicates that as men entered the kitchen and took on the cooking, they simultaneously demolished the kitchen wall that previously defined the boundary of a woman’s traditional domain in the home.”

“However it was encouraging to see that the need for private outside space, flexible accommodation and plentiful storage are still must haves for many house hunters as we recognise that these continue to be key selling points for the majority of our properties.

“In terms of work/life balance, with technology extending the possibilities for working from home to a far wider audience, it was interesting to note that only 20% of both men and women would choose to work from home if they could. Thus ensuring they maintain a clear definition between their work and home life,” Harris concluded.