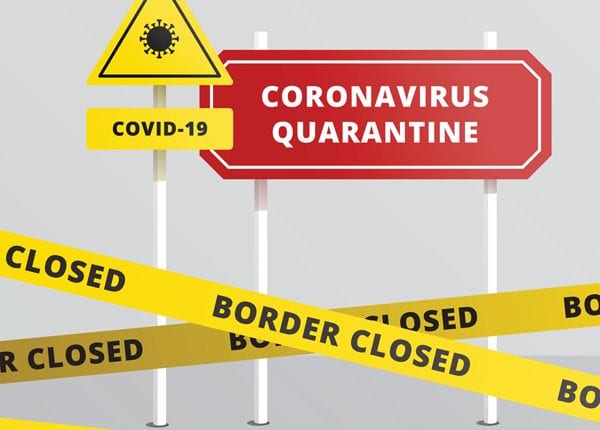 Coronavirus cases in the UK are on the rise again, as a new and more infectious mutant strain of the disease has become common. There have been more than two million confirmed cases of coronavirus in the UK and more than 69,000 people have died according to government figures – however this may be an underestimate.

A further 39,237 confirmed cases were announced by the government on Wednesday 23rd December, a daily record since mass testing began in the summer.

But that news was soon overtaken by the announcement that large parts of the London and the South-East were moving into Tier 4, a new measure comparable to the original national lockdown, with everyone advised to stay at home, and all hospitality and non-essential retail shut.

The decision followed a rapid rise in infections attributed to the spread of a new variant of COVID-19.

Based on preliminary modelling data, the New and Emerging Respiratory Virus Threats Advisory Group (NERVTAG) considers that the new strain can spread significantly more quickly and could increase R, the rate of spread of infection, by a factor of 0.4 or more.

As a result, the following areas were moved from Tier 3 to Tier 4:

In Tier 4 the ‘Stay At Home’ message will be put in law, though as previously, there are exemptions such as travelling for work or education, for childcare purposes, and for exercise.

People should not enter or leave Tier 4 areas, and Tier 4 residents must not stay overnight away from home.

Non-essential retail, indoor leisure [such as swimming pools and gyms], indoor entertainment [such as cinemas, bowling alleys and casinos], and personal care sectors [such as nail bars, barbers and hairdressers] must all close.

Tighter social contact restrictions are also introduced, meaning one person can meet with one other person in an outside public space. Rules on support bubbles and childcare bubbles remain as before, and communal worship can continue to take place.

For the clinically extremely vulnerable, the same advice as in November applies in Tier 4 areas. This says that those who are clinically extremely vulnerable, which includes people with certain types of cancer, people on immunosuppression therapy, and people with severe respiratory conditions, shouldn’t go to work and should limit time outside the home, and take exercise outside at less busy times.

The Prime Minister, Chief Medical Officer, Chief Scientific Advisor and Cabinet agreed that while no-one wants to impose these tougher measures, the new variant of the virus has significantly changed the current landscape and urgent action is needed to protect the NHS and save lives.

Throughout the pandemic, the evidence has shown that rising rates will lead to increased hospital admissions, risking intolerable pressure on the NHS in the toughest winter months.

There is no current evidence to suggest the new variant causes a higher mortality rate, that it affects vaccines and treatments, or that testing will not detect cases.

The Prime Minister also said that given the risk the new variant poses, the ‘Christmas bubble’ policy will no longer apply in Tier 4.

For Tiers 1, 2 and 3, Christmas bubbles can continue with up to three households able to meet, but for one day only on Christmas Day.

The government is also issuing new travel advice. Although the new variant is concentrated in Tier 4 areas, it is present at lower levels around the country.

People under Tier 1, 2, and 3 restrictions should stay local. People should not travel into or out of Tier 4 areas and those in Tier 4 areas will not be permitted to travel abroad, apart from limited exceptions including work and education.

Tier 4 rules will be reviewed on 30 December, as part of the wider review of all restrictions.

130,000 people have been vaccinated in the first week of the programme, including actor Sir Ian McKellen, 81, who said he felt “euphoric” as he received the vaccine, adding “Anyone who has lived as long as I have is alive because they have had previous vaccinations.”

In Scotland, from Boxing Day, level four lockdown measures will be in place across the mainland for three weeks. Orkney, Shetland, the Western Isles and other island communities will be in level three.

Christmas bubbles are only allowed on Christmas Day – with a maximum of eight people from three households.

Non-essential travel between Scotland and England is not allowed over Christmas.

See here for more details of the Tier 4 regulations.

Should You Renovate Your Home, or Move House?

Naturally Healthy for Life – All You Need to Know About Phytoceuticals