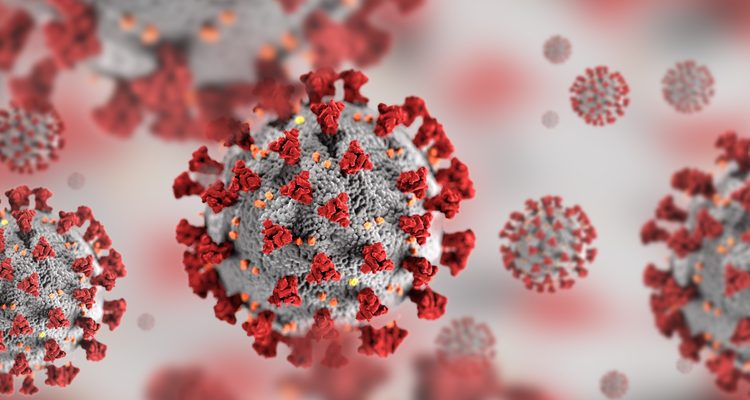 During the past weeks, a new coronavirus variant has emerged and been classified as a “variant of concern” by the World Health Organisation. This variant, named Omicron, has raised the concerns of numerous scientists and political figures from across the world. However, due to the recent emergence of the variant, there is not a lot of data and therefore there is not a clear idea on the severity of the variant.

What Do We Know About Omicron?

Omicron was first identified in South Africa in November. South African scientists released information about the new variant and raised concern about it possibly being the reason for the rise in cases in some regions. The variant has been found to have 30 different gene mutations, significantly more than the Alpha and Delta variants.

The director of the Centre for Epidemic Response and Innovation in South Africa, Prof Tulio de Oliveira, affirmed that there were an “unusual constellation of mutations” and that it was “very different” to the variants that have been circulating across the world for months.

These mutations potentially mean that the virus could be more transmissible and could make the vaccines that have been distributed to millions around the world, less effective.

Health Secretary, Sajid Javid stated to MPs that early signs indicate that the variant “may be more transmissible than the Delta variant, and current vaccines may be less effective against it”.

See also: Is Omicron More Likely to Cause Coronavirus Re-Infection?

Has the Omicron Variant Entered the UK?

Yes. At the moment, 22 cases of the Omicron variant have been confirmed within the UK, with 13 of those cases in England.

Children are Stressed and Suicidal Due to Cost of Living…

Nine cases of the Omicron variant of Covid in Scotland are linked to a single event, First Minister Nicola Sturgeon has said. She told MSPs that those affected had been tested on or around 23rd November and had been self-isolating since then, and added that all traced back to a “single private event” on 20th November. She went on to say: “We fully expect that there will be more cases identified over the coming days that are also linked to this event.”

“However, the fact that all known cases are so far linked to a single event suggests that this may still be limited,” she said. “Indeed, there is so far nothing in the wider look-back exercise that Public Health Scotland has undertaken to suggest that community transmission of the new variant is either sustained or widespread.” Ms Sturgeon said that, rather than introducing new restrictions, the Scottish government was asking people to “significantly step up and increase compliance” with existing protections.

The new Covid-19 variant, Omicron, was present in the Netherlands earlier than previously thought, officials say.

It was identified in two test samples taken in the country between 19th and 23rd November, which is before the variant was first reported by South Africa.

It is not clear whether those who took the tests had visited southern Africa.

Have Measures Been Put in Place by the UK Government?

Yes. From today, Tuesday November 20th, rules have been strengthened as a way of curbing the spread of the new variant.

Listed below are the new measures in England:

The World Health Organisation said it had skipped some Greek letters when naming the new variation because Nu was too easily confused with “new,” while Xi is a common surname. The body cited best practices for naming diseases that seek to avoid causing offence to any cultural, social, national, regional, professional or ethnic groups.

Early evidence suggests that the Omicron variant has a higher re-infection risk, but scientists say it will take about three weeks before it is known how the heavily mutated variant impacts on the effectiveness of vaccines. However, Dr Angelique Coetzee, the doctor who first spotted Omicron, described “extremely mild” symptoms in patients, and suggested that South Africa was being penalised for having advanced gene sequencing facilities.

The UK now has a target of offering coronavirus booster vaccinations to all adults by the end of January, and is confident it has enough supplies of the Pfizer and Moderna vaccines to do this. However, the NHS is not currently vaccinating at the rate it needs to if it is going to hit that target. Currently it is supplying about 2.5m boosters a week, so it would take until the end of February to reach all adults in England. The Prim Minister has acknowledged that the rate must be increased back up to the levels seen in the spring, when more than 4m doses a week were being given, but this may be a challenge given other winter pressures on the NHS.

Why Has Josephine Baker Been Honoured in France?