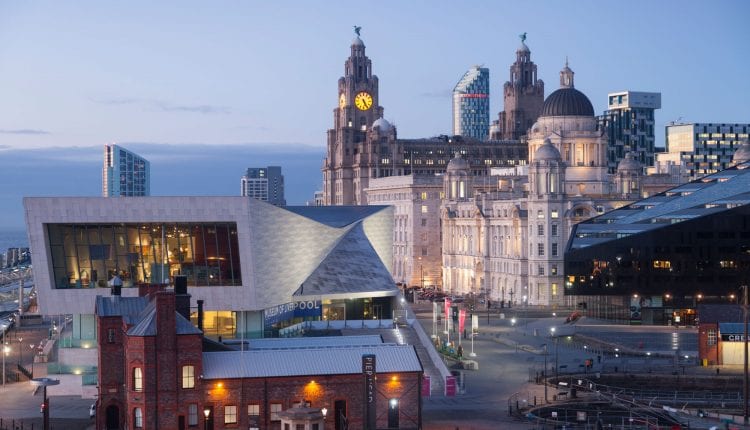 There is a new ‘three-tier’ warning system with classifications of ‘medium’ , ‘high’ or ‘very high’ alerts.

A postcode checker on GOV.UK shows which alert level applies in each area and the NHS COVID-19 app will also direct people to this information.

Regions such as Liverpool which has seen a spike in infections are in the ‘very high’ alert category, with the closure of pubs, bars, betting shops, gyms, leisure centres and casinos. Household mixing will be banned anywhere indoors and outdoors, including in private gardens. Restaurants can continue to trade but people will be advised against travelling to and from this and other high risk zones. The city had 600 recorded cases per 100,000 people in the week ending 6th October, while the average for England was 74 cases per 100,000.

The city region’s mayor Steve Rotheram said that negotiations for the terms of the new lockdown were being negotiated. It’s expected that they will include closure of pubs, restaurants, and other hospitality venues, with the restrictions being reviewed after a month.

Nottinghamshire, East and West Cheshire and a small area of High Peak come into this category, as well as Greater Manchester, parts of South Yorkshire, and north east England. Around 4.4 million people will be in high alert areas.

In other parts of the country where the ‘medium’ level was in place, current restrictions continue, including the 10pm hospitality curfew, but there will be no closures of retail outlets, schools or universities.

The new regulations were decided at a meeting of the government’s emergency COBRA committee during the day, with details announced in a speech this evening.

Speaking in the House of Commons, Prime Minister Boris Johnson said: “This is not how we want to live our lives but this is the narrow path we have to tread between the social and economic trauma of a full lockdown and the massive human, and indeed, economic cost of an uncontained epidemic.”

The Prime Minister said that around £1bn of “new financial support” will be provided to local authorities in England, and added: “For very high areas, we will give further financial support for local test and trace and local enforcement – and assistance from the armed forces, not for enforcement but rather to support local services if desired in the local area.”

The announcement follows the introduction of tougher regulations in Scotland last week, including the closure of pubs and restaurants across a central belt. In 17 parts of Wales, people cannot leave the area without a good reason such as going to work, and local government says it is determining whether new national measures should be implemented in the next few days. In Northern Ireland meetings are expected to take place today to discuss the situation.

See also: Putting the Fun Into Teaching Kids About Recycling

But Professor Calum Semple, an infectious disease expert and adviser to the government, told BBC Radio 4’s PM programme that the new restrictions had come too late, and that he thought a short national lockdown could be needed in weeks.

Culture Secretary Oliver Dowden told the BBC’s Today programme that the government was “not panicking” but taking “reasonable and proportionate measures”, adding that “we know there are challenges around hospitality”.

Some experts have cast doubt over whether restrictions on the hospitality sector will have an impact on infection rates, when most cases seem to be happening in the home. They also fear that driving people out of pubs and clubs will only make them socialise more in their homes, which are less ‘COVID-secure’.

In Greater Manchester, night-time economy adviser Sacha Lord has started legal proceedings to challenge any restrictions on hospitality and entertainment venues in the North of England.

He said there was “currently no tangible scientific evidence to merit a full closure” of the sectors and that local leaders’ requests for evidence had been “ignored”.

On Sunday 11th October, 12,872 people in the UK were reported to have tested positive for coronavirus, down by 2,294 from Saturday, and a further 65 deaths were reported, down from 81 on Saturday.

Meanwhile the Government’s vaccines advisory panel last week set out a priority list of who should be first in line for the COVID-19 vaccine.

This sets 11 categories, with top priority given to care home residents and staff. Those under 50 without known health problems come last. The guidance makes clear the ‘pecking order’ “could change if the first available vaccines were not considered suitable for, or effective in, older adults”.

It’s not assumed that the vaccination would be effective in all cases, so it’s unlikely that there are any plans to immunize the entire population. Dr Nuria Martinez-Alier, a consultant in children’s infectious disease and immunology at Guy’s and St Thomas’ NHS Trust, says that the efficacy of any vaccine should be at least 50 per cent before it is made available.

Anyone under 50 will note that they come bottom of the list, and in fact there’s no guarantee that they will be immunised at all – ‘priority to be determined’ being a delightfully vague term. So if you’re expecting to be queuing up in a car park to get your jab some time before Christmas – don’t hold your breath waiting.

It’s worth noting that the the government’s immunisation service says “Available data is insufficient to conclude on whether infection with SARS-CoV-2 generates immunity against re-infection, and the durability of any such immunity” – in other words, just because you have caught the virus once, doesn’t mean you can’t catch it again.

But, speaking on the BBC’s Today programme, Dr Sarah Jarvis played down this possibility, pointing out that out of the millions of recorded cases of COVID-19 infection, there were only a handful of reported cases of secondary infection.

There will be a new ‘three-tier’ warning system with classifications of ‘medium’ , ‘high’ or ‘very high’ alerts. See details here.