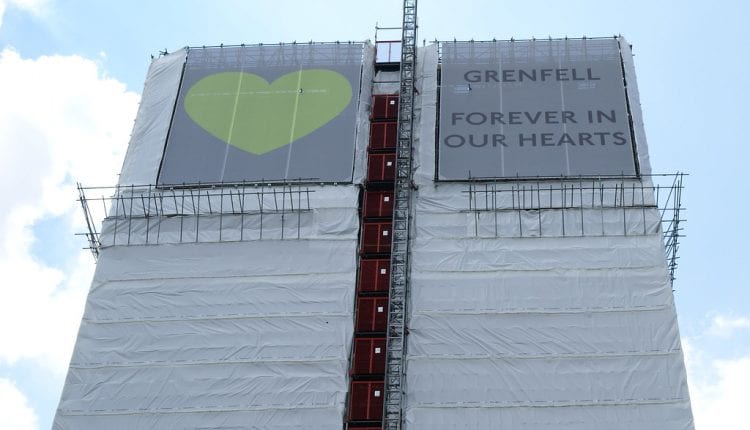 The government has announced new funding to help leaseholders trapped in properties with Grenfell Tower-style cladding which needs to be replaced. But the funding announcement leaves out leaseholders living in blocks under four storeys, meaning they may still be liable for the costs of safety work.

Housing secretary Robert Jenrick made an announcement on February 12th pledging an extra £3.5bn to the Building Safety Fund to remove dangerous cladding on blocks taller than 18m, and to provide loans for buildings with cladding issues between 11m and 18m or four and six storeys tall.Leaseholders will pay back the loans through their service charge but these will be capped at £50 per week.

In an “exceptional intervention”, Housing Secretary Robert Jenrick said the government was taking a “safety- led approach” and aimed to “end the cladding scandal in a way that is fair and generous to leaseholders”.

However, the amount announced doesn’t come near the estimated £15b cost of making safety improvements to all affected buildings.

Robert Jenrick said that the move would “help leaseholders to move forward with greater certainty and confidence about the future”, but many have responded to action group UKCAG that they don’t believe the funds are sufficient, are don’t address related problems such as ineffective firebreaks and cavity barriers, timber balconies and insulation in buildings.

See also: What is the Smart Home and How Will You Get Connected?

An survey by industry magazine Inside Housing suggested that two-thirds of leaseholders had issues with fire-stopping, while more than half had timber balconies. One respondent said of the announcements: “We feel it has provided no clarity for people living in blocks under four storeys.

“We are both in our 50s and were looking forward to retirement, but now we are both scared that all we can look forward to is more stress, uncertainty and expense.”

Housing law epxert Giles Peaker commented on NearlyLegal.co.uk: “There are a lot of reasons why this wizard wheeze won’t work – as in it won’t get works done, it won’t get buildings made safe, and it won’t stop affected leaseholders being furious…

“There are very few buildings, whether over or under 18m height, where the problems that have emerged are solely the wrong cladding. Anecdotally, nearly every affected building also suffers from other fire safety defects to the structure – missing fire breaks, inadequate cavities, dangerous insulation material, and compartmentalisation failures are common and not the only problems…. The costs of remedying these other defects are running into multiples of tens of thousand pounds per leaseholder. These costs are not covered by the ‘extraordinary intervention’ at all…

“We don’t know in any detailed way how many leaseholders of 18m plus buildings are facing cladding costs only…. That is even before we take into account the additional service charges for waking watches and increased insurance premiums that these leaseholders are highly likely to have already faced.

“For those in below 18m buildings, the ‘loan’ proposal is worrying. Not only is it for cladding costs only, exposing the leaseholders to all the other costs of remedying fire safety build defects as above, but it will apparently be a loan/cost levied on the lease. It is not at all clear how this will work, but my guess would be a loan to the freeholder, with legislation enabling recovery of the loan through the leases at a rate of up to £50 per month…

“And of course, the waking watch, additional alarms and increased insurance premium costs all fall on leaseholders for four-six storey buildings too.

“For those in building of under four storeys, well, tough. Pay up.”

The enquiry into the Grenfell Tower disaster and the subsequent examination of the suitability of construction and fire safety regulations has focussed maninly on buildings taller than 18m, though the government’s Consolidated Advice Note published in January 2020 said that all buildings with flammable materials in their external walls should be remediated, regardless of height. This made many additional leasehold properties unsellable until expensive remedial work was done, and put leaseholders in the position of being responsible for repairs. Pressure groups such as UKCAG have campaigned to absolve leaseholders of any responsibility for these expenses.

See also: How You Can Build Fire Safety Into Your Home

Confusion in Robert Jenrick’s statements between building height and the number of stories seems to have left many leaseholders uncertain about how to proceed. They face at least the probability of a loss of value to their properties, and which could put them into negative equity.

Royston Smith MP, one of the movers of the McPartland-Smith amendment to the Fire Safety Bill stating that leaseholders should not be responsible for repair costs, commented: “The Secretary of State says that beyond Covid the government wants to build back better – better homes, better infrastructure, and better communities. To do so, the government must regain the trust of leaseholders who find themselves entangled in the cladding crisis.”

Meanwhile some MPs including Nick Fletcher, Conservative MP for Don Valley, are removing their names from the McPartland-Smith Amendment as in their opinion Robert Jenrick’s proposals have addressed the problem.

In a comment on Nick Fletcher’s Twitter page, one campaigner wrote: “These measures fail to address a countrywide decades long failure of building oversight and regulation. Forcing unwanted and immoral loans on leaseholders who don’t own their building nor signed it off as safe looks not only corrupt but like you do not even understand the problem.”

Other proposals in the Housing Secretary’s statement included reducing the number of buildings that require an EWS (External Wall System) check, which could help half a million leaseholders. It’s unclear what would happen when leaseholders had already has their EWS check completed.

If you want to back the McPartland-Smith amendment to the Fire Safety Bill, you can write to your MP using a template letter found on the UK Cladding Action Group Facebook page here.

You can find your MP and their contact details here: https://members.parliament.uk/FindYourMP

UKCAG’s templates can be downloaded here – just copy and paste it into an email, change the bits in red and click send.

The Top Ten Girl Bands Of All Time

Tackling the Household Dangers of VOCs In Paint