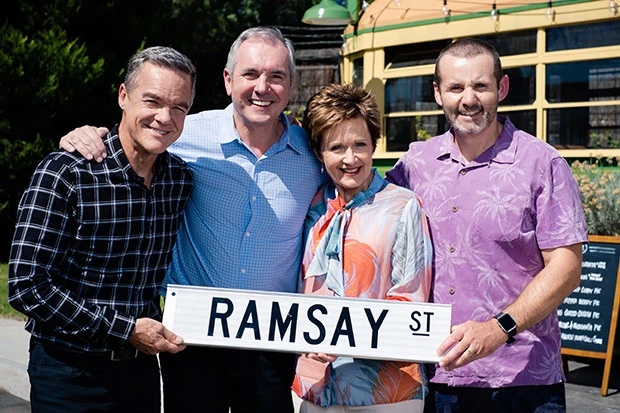 Popular Australian TV soap, Neighbours, which has been running for 37 years, will be brought to an end this summer.

The announcement comes after news broke that UK broadcaster Channel 5 would be dropping the show from its schedules after more than 10 years on the channel, and Fremantle, producers of the soap, failing to find a new broadcasting partner. Neighbours was also previously broadcast on the BBC.

“We are so sorry to say that after nearly 37 years and almost 9,000 episodes broadcast we have to confirm that Neighbours will cease production in the summer,” a Fremantle spokesperson said.

“Following the loss of our key broadcast partner in the UK and despite an extensive search for alternative funding, we simply have no option but to rest the show.

“To our amazing, loyal fans, we know this is a huge disappointment, as it is to all of us on the team. We thank you for all your messages and support and promise to end the show on an incredible high.”

The show set in Ramsay Street, Erinsborough situated in Melbourne, first launched in Australia in 1985 and was broadcast in the UK only a year later, on the BBC. Since then, it has been one of the most watched soaps in the UK in the past few decades alongside Eastenders, Coronation Street and Emmerdale and still attracts around 1.5 million viewers a day in the UK.

Known for being the longest-running soap on Australian television, Neighbours has made stars of Kylie Minogue, Jason Donovan and Guy Pearce, and featured guest appearances from the likes of Margot Robbie, Russell Crowe, Liam Hemsworth and the Pet Shop Boys.

The show had been moved to a secondary channel from Ten network approximately a decade ago after it was not hitting the ratings it had previously achieved, but has become a key part of the network and the future of Australian television.

A Ten spokesperson stated that the show “has been a staple of Australian cultural exports.”

“Ramsay Street, Erinsborough, is a cul-de-sac recognised all over the world and has been home to Scott and Charlene, Des and Daphne, Dr Karl and Susan, Dee and Toadie, Aaron and David and many, many more neighbours.

“Network 10 thanks the cast, crew, all the production team and Fremantle for bringing the perfect blend of soap and sunshine to audiences in Australia and around the world.

“We thank the Australian fans and audiences for their continued support of the series. Their encouragement particularly in the past few weeks has been incredible. It shows that our audience still want Australian scripted drama. We have listened to them and there are exciting new local projects in the pipeline, which is great for our audience and for the local industry.

“We are confident that the cast, crew and writers will bring their distinctive warmth, style and humour to the Neighbours set as they embark on filming the final episodes over the coming months.”

Make Your Own Gnocchi At Home with Big Mamma

Why is Creativity and Imagination Important for Children?