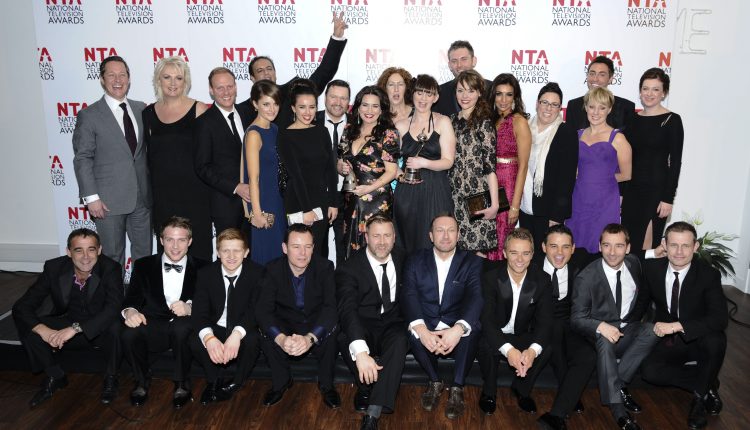 One of television’s biggest nights is making its long-awaited return after 20 months as this year’s National Television Awards announce the nominees for 2021 with the likes of Line of Duty stars Vicky McClure, Martin Compston and Adrian Dunbar going head-to-head with each other for one of the top awards.

The AC-12 detectives’ popularity has grown significantly with the three vying to be awarded best drama performance. They will be going up against TV hero and ex-Doctor Who star, David Tennant for his unsettling role as a serial killer in ITV crime drama Des and breakout star Olly Alexander in his role in the Channel 4 drama, It’s a Sin.

The crime drama also tops the nominations for returning drama, competing with popular shows The Crown, Unforgotten and Call The Midwife all aiming to take the prize off the well-loved BBC Drama.

In the other categories, Piers Morgan has been nominated for best TV presenter despite leaving ITV breakfast show, Good Morning Britain, earlier this year. He has since continued on his show Pier’s Morgan’s Life Stories, interviewing the likes of Labour leader, Sir Kier Starmer. However, he will face strong competition with serial winners of this category Ant & Dec looking to win this award for the 20th year in a row, as well as This Morning icon Holly Willoughby, first-time nominee Allison Hammond and The Chase’s Bradley Walsh.

The big four soaps, Eastenders, Coronation Street, Emmerdale and Hollyoaks, will unsurprisingly continue to face off against each other as they are all nominated for best serial drama.

As for the award for factual documentary award, the documentary about the late Caroline Flack heads the shortlisting. Caroline Flack: Her Life And Death spotlights the problems the presenter had behind the scenes, with appearances from her family and friends as well as her colleagues including fellow presenter and singer, Olly Murs.

Sticking with documentaries, a new category will be introduced to this year’s award show, for the award of best authored documentary. Nominations for this award include the touching ITV documentary, Kate Garraway: Finding Derek. The journalist documents how COVID-19 has affected her husband and how that has affected her personal life.

Another category which has been brought into the award show is best quiz game show. Vying for the title of this award are ITV’s Beat the Chasers, presented by Bradley Walsh, Celebrity Catchphrase and In For A Penny, presented by Stephen Mulhern along with the BBC show, Michael McIntryre’s The Wheel.

All the National Television Award Nominations in full:

The show will be broadcast live on ITV on the 9th September from 7:30pm and will presented by Joel Dommett.

SEE ALSO: Which of Your TV Favourites Has a 2021 Emmy Nomination?