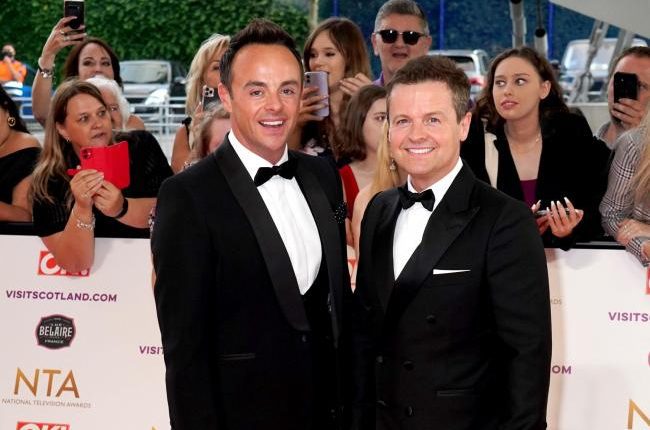 The National Television Awards returned with a bang, with Ant & Dec bagging their 20th presenting award in a show that lived up to the expectation of being filled with all the glitz and glam of showbiz.

The popular pair conquered the best TV presenter category at the NTAs yet again, having won the award every year since 2001. In this year’s ceremony, they fended off competition from former Good Morning Britain presenter Piers Morgan, The Chase’s Bradley Walsh and This Morning’s Holly Willoughby and Alison Hammond.

The pair were overwhelmed when accepting their victory dedicating it to their family, friends and fans, with Ant McPartlin affirming: “This one means the most. Twenty years. This is really, really special. You have no idea how special this is.”

Declan Donnelley continued, saying: “When you get to 20, you can’t help but stop and look back at the first time we won in 2001, and so much has changed in both our lives since then but one thing that hasn’t changed is how unbelievably grateful, we are that you take time year after year to watch both of us.”

The was not the only award the pair managed to win, with their show I’m A Celebrity…Get Me Out Of Here victorious in the entertainment category.

The other winners from the National Television Awards show included Line Of Duty, Gogglebox and After Life.

Line Of Duty achieved two awards, picking up the trophy for best returning drama as well as receiving a special recognition award.

“This means so much,” he said. “We started as a wee show on Wednesday night on BBC Two, and now we’re the biggest drama on TV. And it’s all because of the fans, we owe everything to you,”

The actor also hinted at a possible return saying: “We genuinely don’t take this for granted, thank you and who knows – maybe we’ll be back again.”

Channel 4’s Gogglebox won the prize for best factual programme, with star Julie Malone dedicating the award to all the stars who have passed away since the last awards ceremony.

“I’d like to dedicate this award to all the people we’ve lost sadly over the past 18 months,” Malone said. “Andy, Pete, Mary and everybody’s favourite grandma, June, who’s now reunited with Leon.”

The only award picked up by a show not on BBC, ITV or Channel 4 was Ricky Gervais’s After Life, which won best comedy. The Netflix show fought off competition from The Vicar Of Dibley, Friday Night Dinner and Sex Education.

Gervais thanked the fans and the rest of the shows crew saying: “The amazing crew and cast, and the people at home who voted for it. Thank you so much. You are the reason I do this. The money is… You are the second… I do it for the money and thank you…”

One of the more emotional moments of the whole ceremony came about when presenter Kate Garraway secured the award for best documentary with her program Find Derek, a documentary which focused on her husband’s journey while suffering from COVID-19, being hospitalised for a year.

She collected the award to a standing ovation from the rest of the stars and fans in the audience saying: “Thank you so much for voting. I wonder if the reason why you did is because our story is your story.”

“I think we have all been touched by the pandemic” she added. “whether it is livelihoods, mental health – all the other extraordinary documentaries that have been highlighted and nominated tonight, they have also been affected by the pandemic and I just want to say to all the Darceys and Billys and Dereks and Derek’s family – whatever you are going through and however you are affected, you are not forgotten.”

Here is the full list of winners from the 2021 National Television Awards:

The Essentials of Foot Care