Last year, mums spent a huge amount of unnecessary time in the kitchen because families have become very fussy over what they eat 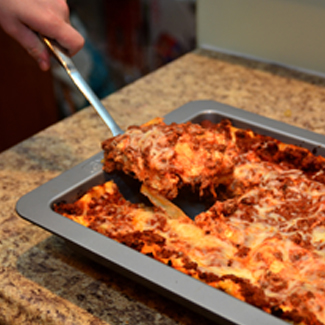 A study, conducted by Sizzling Pubs, revealed that mums are cooking up to three different meals a night for fussy family members.

The study shows that 35 per cent of people think daughters are the most demanding, with rising body image concerns to blame. The other major culprits are partners who work late. In this time of economic uncertainty, many people are putting in the extra hours at work and getting home later, resulting in them having to eat separately from the rest of the family.

The survey also revealed that two-thirds of people are more inclined to eat out as often the price and variety of food on a restaurant’s menu, actually makes the process cheaper and easier.

The technique behind the perfect pancake toss