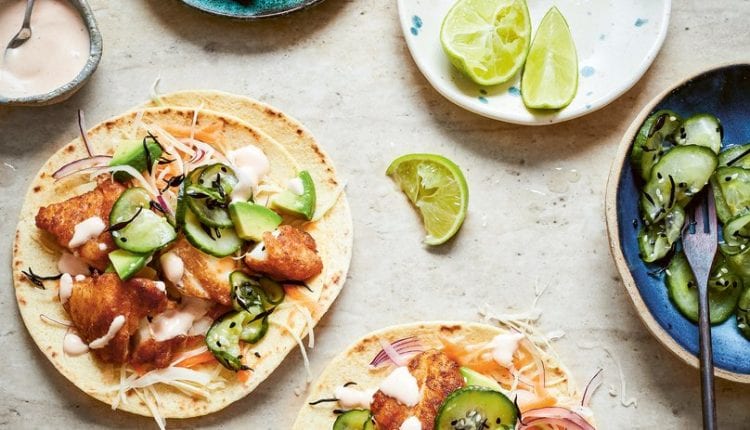 A great fish taco depends on the freshness of the fish, the quality of the tortilla, and the punchiness of the salsas, contrasted against the creaminess of the crema and the crunchiness of the slaw. Use white fish fillets such as pollock, hake, or snapper and coat in a spicy mix of cumin, coriander, and paprika. This recipe is from Mortar & Pestle from Ryland Peters & Small – 65 delicious recipes for sauces, rubs, marinades and more.