Early-to-rise women have nearly half the risk of developing breast cancer, a UK study has said. 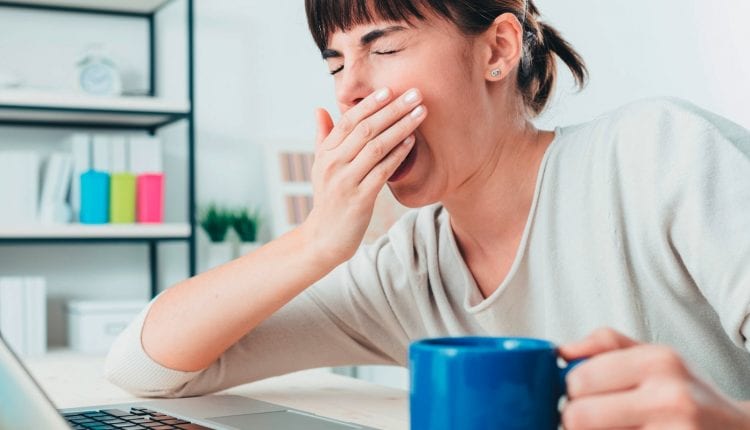 There may be more reason for us nocturnal creatures to be jealous of ‘morning people’, besides their endless enthusiasm at unspeakable hours of the day.

Scientists at the University of Bristol have found that women who prefer to wake up early in the mornings are 40 to 48 percent less likely to develop breast cancer. Roughly, this equates to one fewer cancer cases among every 100 women who have a partiality for the morning.

The study, which compared hundreds of thousands of women, also found evidence of a causal link between sleeping longer and the disease. Women who slept longer than the recommended seven to eight hours per night increased their risk of being diagnosed by 20 percent per every additional hour they were asleep.

Researchers outlined the genetic predisposition of ‘larks’ and ‘owls’—‘larks’ tend to get up and go to bed early, and ‘owls’ have a body clock that makes them feel drowsy in the morning and energetic in the evening.

Using the genetic markers associated with people’s preference for morning or evening, as well as sleep duration and risk of insomnia, the study investigated whether they contributed to breast cancer developing. By using a technique called Mendelian randomisation, scientists were able to consider cancer risk independently of confounding factors.

The analysis of 341 snippets of DNA—instructions for the human body set at birth and so uninfluenced by other known causes of cancer—showed that those genetically programmed to be ‘larks’ were less likely to have breast cancer than those programmed to be ‘owls’.

Lead scientist, Dr Rebecca Richmond from the University of Bristol, said: ‘We would like to do further work to investigate the mechanisms underpinning these results, as the estimates obtained are based on questions related to morning or evening preference rather than actually whether people get up earlier or later in the day.

‘In other words, it may not be the case that changing your habits changes your risk of breast cancer; it may be more complex than that.

‘However, the findings of a protective effect of morning preference on breast cancer risk in our study are consistent with previous research highlighting a role for night shift work and exposure to “light-at-night” as risk factors for breast cancer.’

While these genetic markers are closely linked with sleep preferences, they only explain a portion of real-world behaviour. For example, work and family dictate when we are required to wake up and this can disrupt our body clock—or our circadian rhythms—and lead to significant affects on our health. Trying to keep up with society’s waking times can also drastically alter our day-to-day functioning.

The trial used information from nearly 400,000 women, analysing the results of 180,000 in the UK Biobank project and 229,000 participants in an international genetic study carried out by the Breast Cancer Association Consortium. Its findings were presented at the 2018 NCRI (National Cancer Research Institute) conference in Glasgow. However, it is worth noting that the research only considered a small, eight-year timeframe in the women’s’ lives.

When talking with the BBC, Dr Richmond said it was too soon to give clear advice to women.

‘We still need to get at what makes an evening person more at risk than a morning person…we need to unpick the relationship,’ she said.

‘The findings are potentially very important because sleep is ubiquitous and easily modified.

‘Previous research has looked at the impact of shift work, but this is showing there may be a risk factor for all women.’

‘This study provides further evidence to suggest disrupted sleep patterns may have a role in cancer development,’ said Cliona Kirwan, an NHS surgical oncology consultant, not involved with the study.

According to Cancer Research UK, around a quarter of breast cancer cases might be preventable.