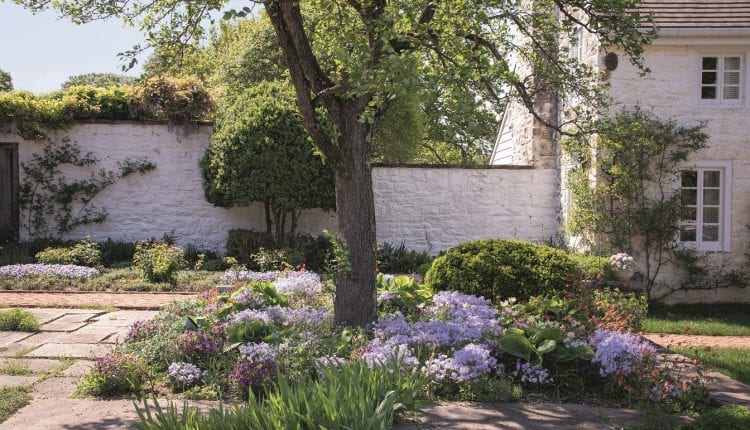 For years, Britain’s much-loved gardener Monty Don has been leading us down all kinds of garden paths to show us why green spaces are vital to our wellbeing and culture. Now, he travels across America with celebrated photographer Derry Moore to trace the fascinating histories of outdoor spaces which epitomise or redefine the American garden.

In this book, which complements a BBC television series, the pair look at a variety of gardens and outdoor spaces at the centre of American history including the slave garden at Thomas Jefferson’s Monticello estate, Longwood Gardens in Delaware, and Middleton Place in South Carolina.

See also: How to Make Your Garden Wildlife Friendly

Together Monty and Derry Moore visit verdant oases designed by modernist architects such as Richard Neutra, they delve into urban outdoor spaces, looking at New York City’s Central Park, Lurie Garden at the southern end of Millennium Park in Chicago, and the Seattle Spheres.

Derry Moore gives his unique perspective on gardens across the United States, including several not featured in the TV series. These include unpublished photographs of Bob Hope’s Palm Springs home and garden of renowned architect Frank Lloyd Wright.

Featuring luscious photography and Monty Don’s engaging commentary, this book will leave you with a richer understanding of how America’s most important gardens came to be designed.

See also: Brighten Up Your Garden With a SunCatcher

MONTY DON OBE is the UK’s leading garden writer and broadcaster. He has been making television programmes for over twenty years on a range of topics, spanning travel, craft, outdoor living and, principally, gardening. He has been lead presenter of the BBC’s Gardener’s World since 2003 and since 2011 the programme has come from his own garden, Longmeadow, in Herefordshire.

See also: The Art and Science of Saving the Bees

DERRY MOORE’s photographs have been reproduced in numerous magazines including Architectural Digest, Vogue, Town and Country, Men’s Vogue and Nest. He has published over 12 books including An English Room, Great English Interiors, and London’s Great Theatres (all by Prestel).

His work is included in the collections of the Metropolitan Museum of Art, New York and The National Portrait Gallery, London, which has 38 of his portraits in their collection. In 2005, Derry Moore’s portraiture was the focus of a small retrospective at the National Portrait Gallery, which featured his photographs of Helena Bonham Carter, John Gielgud, Rudolf Nureyev, Alan Bennett, David Bowie and the late Princess of Wales, amongst others.

He attended Oscar Kokoschka’s School of Seeing in Salzburg, (Die Schule des Sehens), which he says “opened his eyes”. Later, when living in New York, he came became a pupil of Bill Brandt. He has worked in Europe, America, Australia and India, a country that he first visited as a photographer in 1976 and where he photographed some of the palaces and people that seemed to him to have retained the atmosphere of another era and were in danger of disappearing.

See also: The Right Tool for Every Garden Job

Made for Living – the Appeal of Artificial Grass

Could Your Handgrip Strength Detect Diabetes?