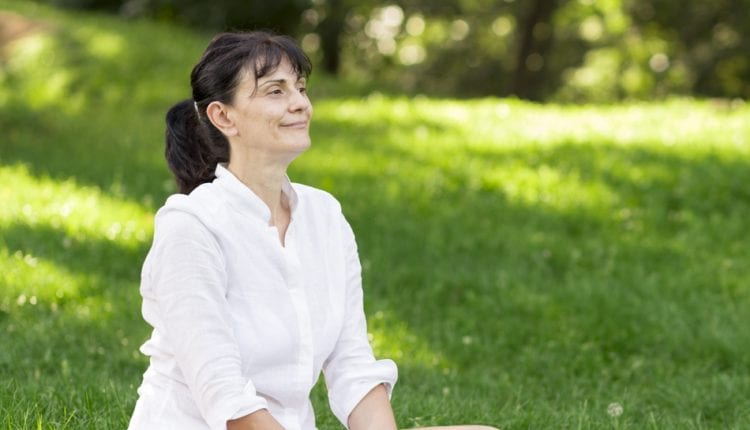 The body’s response to stress is a natural occurrence that, in evolutionary terms, helped our ancestors survive in the wild. Research has shown that moderate levels of stress can help us become more alert and perform better in typically difficult situations such as extreme sports or a job interview. When met with stress, our brain releases a hormone called cortisol into the bloodstream; this process is what is commonly referred to as the ‘fight or flight’ response to an immediate threat. Once released, cortisol increases our blood sugar levels and heart rate. When the ‘threat’ has passed, our hormones reduce to a normal level. However, chronic stress can prove to be detrimental to our health. High levels of cortisol in the system for extended periods of time have been proven to increase blood pressure, the risk of heart disease and diabetes, weaken the immune system and decrease neurons, which can impede essential cognitive functions like memory.

Excess stress can also deplete the levels of ‘happy’ hormones serotonin and dopamine which can result in other more severe mental health problems including anxiety and depression. These psychological disorders can sometimes manifest physically, causing heart palpitations, headaches and stomach complaints to name a few.

A Labour Force Survey in 2016 found that work-related stress was mostly attributed to workload pressures such as tight deadlines and too much responsibility. According to the Mental Health Foundation, stress is also caused by financial problems, relationship issues and bereavement.

A study by the National Science Foundation in the United States found that the average person produces around 12,000 to 50,000 thoughts each day with an estimated 95 percent of those repeated daily. It also found that the majority of those thoughts are negative. An assessment by the Comenius University in Slovakia that studied the role of the amygdala—the part of the brain responsible for our emotions—indicated that negative speech can damage otherwise healthy neural structures in the brain that regulate memory and emotions. This damage can increase our propensity to act irrationally and can also disrupt our sleep and appetite.

Because of our ‘fight or flight’ response to threats, our brain reacts quickly to negative language, propagating feelings of stress, anxiety and depression. Unfortunately, the brain does not react in the same way to positive language. For this reason, we must consciously and consistently use positive language to forge a new neural pattern within our brains. According to the founder of Positive Psychology, Barbara Fredrickson, we should generate three positive thoughts for every one negative thought we have. Positive language helps to propel the motivation centres in the brain and can help us build emotional resilience to stress in the future.

Positive affirmations can be a powerful tool in ‘rewiring’ our brains to help improve a sense of self-esteem, confidence and control. Try repeating positive affirmations daily such as ‘Today, I am brimming with energy and joy’, ‘I forgive those who have harmed me’ and ‘My body is healthy and my mind is brilliant’.

Simple steps to a positive outlook

Get outside. A study by Zhejiang Hospital and Zhejiang Provincial Key Lab of Geriatrics in China found that a group of students sent to a forest for a two-night trip had lower levels of cortisol in their systems than those who had spent two nights in a city.

Socialise. Mappiness app analysed three million submissions from over 50,000 volunteers. They found that, on average, people experienced an eight percent increase in happiness when they were with friends compared to just 0.7 percent when with their children.

Change your posture. There is a powerful link between posture and mood. A philosophy known as ‘embodied cognition’ stipulates that the mind influences our body and vice versa. Changing your posture from a closed-in position to an open position with hands on hips—for example—can dramatically decrease levels of cortisol and increase feelings of confidence.

Deep breathing exercises can help you to focus on the present and relieve symptoms of stress and anxiety. Mindful, slow breathing works on a physiological level by lowering your heart rate, decreasing blood pressure and relaxing your muscles. Set aside some time each day to practice this technique anywhere, anytime, to bring about a renewed sense of calm:

Sit or lay down somewhere comfortable—either in a chair that supports your back with feet flat on the ground and hip-width apart, or on a bed, arms slightly away from your sides.

Breathe in through your nose slowly and deliberately and as deeply into your belly as you can, counting from one to five.

Hold your breath for one count before breathing out deeply through your mouth, counting from one to five.

Breathe rhythmically in and out in this way for around three to five minutes.

A Guide to Free Sugars

Looking After Your Heart