Belgium’s reputation for fine food and beautiful buildings is matched by its appeal as a destination for affordable, high-quality medical treatment 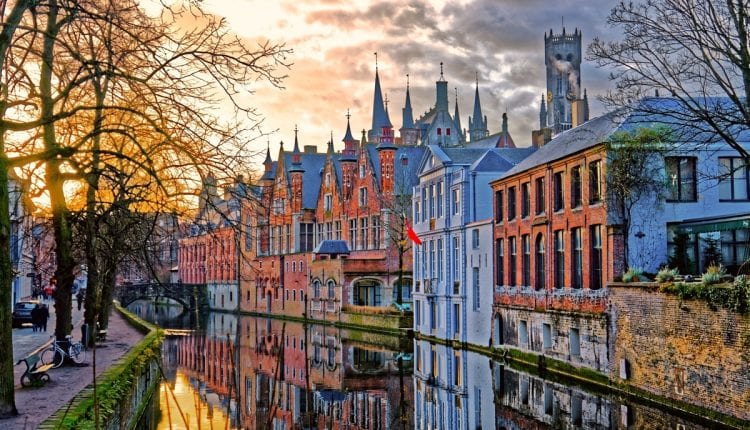 Belgium, known for its medieval towns, Renaissance architecture, and as the site of the European Union headquarters, is an affordable and historic tourist destination nestled between Germany and France.

While the small country, population around 10m, might not often feature on the bucket list of thrill seekers, the picturesque canals of Bruges, the belfries, castles and carnivals are anything but boring—and for lovers of decadent chocolate and Trappist beers, there’s no better place to visit.

Belgium has enjoyed a growing reputation for being historic yet hip, and the cheap transportation from London including the option of Eurostar makes it accessible and an increasingly popular weekend trip for friends looking to feed their souls with ales, mussels and French fries (which the Belgians proudly boast they actually invented).

What is perhaps little known about Belgium is that it’s also rapidly becoming an emerging medical tourism destination from the UK. The Dutch have been medical tourists to Belgium since the 1970’s, and now it seems the enthusiasm has spread to Britain.

Belgium boasts impeccable clinical standards and specialises in treatments that can have a seriously positive effect on our quality of life. In fact the nation topped the World Markets Research Centre health survey in 2002, which declared Belgians the healthiest people in the world.

A huge downside to the UK health system is the long waiting time experienced in not just emergency facilities, but also routine appointments at the doctor’s surgery. Belgium offers a huge reduction in waiting times due to flexibility built into its healthcare service.

Costs are considerably lower than in the UK and US too, often by a factor of 40 to 50 percent, and standards are of the highest, with an extremely low secondary infection rate of just 0.5 percent.

Belgian residents are brought up as bi-lingual, and many Flemish- and French-speaking people will speak at least three languages, one of them always being English. Medical training usually uses English language text books, and many Belgian doctors study in the UK or US.

Medical training in Belgium is extensive, with some specialisms such as cosmetic surgery requiring 12 years of study.

Many medical tourists choose Belgium for their excellence in orthopaedic treatment of hips and knees.

In the UK, although orthopaedic treatment is normally free on the NHS, waiting times can sometimes be as much as 18 weeks if the case is considered ‘non-urgent’. This is because of high demand, meaning that the NHS has to put a system in place to assess who are the urgent cases and who are not.

Additionally, some patients who need knee replacement surgery don’t get referred, as they don’t match the criteria. This can result in a seriously damaged quality of life, negatively impacting physical wellbeing as well as mental health, as the pain can be crippling and debilitating, often stopping them from doing everyday chores and activities.

However, in a private practice ‘kliniek’ in Belgium, there are rarely waiting times for such procedures, and Belgium has particular expertise in the area of orthopaedic treatment, including access to medical technologies such as the Mako hip and knee replacement surgery robot. Belgium is one if the cheapest countries where patients can seek this type of surgery.

The robot works with a scan of the patient’s anatomy, help the surgeon to remove only the unwanted tissue and spare good tissue, resulting in minimal pain and surgical trauma, and improved recovery times.

The UZ Brussel (Brussels University Hospital) is one of Belgium’s premier Centres of Excellence in healthcare, biomedical research and medical education—its Centre of Reproductive Medicine has pioneered techniques including Intracytoplasmic Sperm Injection, its Oncology Centre offers high-end medical services including an innovative tumour vaccination programme, and its Diabetes Centre Brussels has built up solid and worldwide renowned expertise in insulin treatment systems.

Belgium also specialises in heart surgery, with some of the best practising heart surgeons. In 2017, a Belgian surgeon delivered the first ever heart surgery that involved replacing a heart valve using simple keyhole surgery. The ground-breaking technique went on to set an example for surgeons all over the world.

From the Belfry of Mons to the Town Hall of Leuven, and the Cathedral of Tournai to the Castle of Gravensteen, Belgium has lots to see and is small enough that tourists can get to any point within a few hours; so whether you visit just for fun or as part of a medical trip, there’s plenty to see and do, and you’ll return home feeling all the better for it.

This feature was originally published in the winter edition of Live to 100 with Dr Hilary Jones, which you can read here

The Causes and Treatments of Chronic Wounds