Data from the World Health Organisation shows that measles cases in Europe tripled to 82,594 between 2017 and 2018—the highest recorded number this decade. 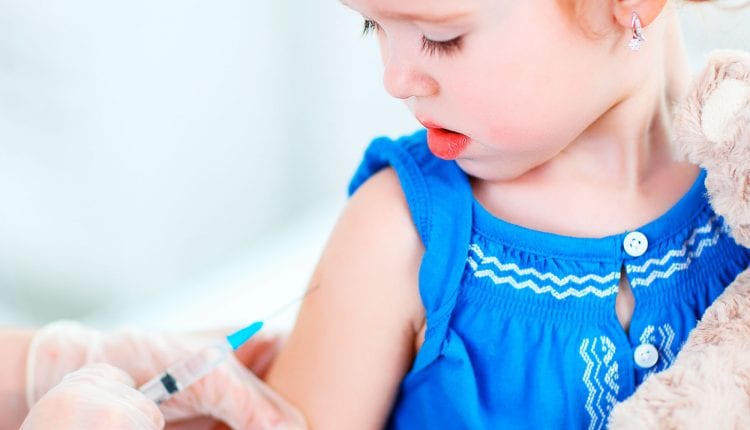 Measles is a highly infectious viral illness that can lead to serious complications, including pneumonia and brain infections. It is considered uncommon in the UK due to the effectiveness of vaccination.

Despite more children in the WHO European region being vaccinated against the disease than ever before, coverage is not enough to prevent circulation of the virus in many countries, said WHO.

The illnesses were reported in 47 of the 53 countries that make up the region, but over 90 percent of the cases were in 10 countries, including France, Italy and Greece.

The data saw Ukraine report the highest number of measles cases last year—10 times the county’s rate in 2017 and more than 10 times the amount of the next highest country, Serbia.

The European countries with the highest number of measles cases in 2018 were:

What Causes My Cold Sores – and What Can I Do About…

These figures also reveal 72 deaths from measles in Europe in 2018, compared to 42 in 2017. Sixty-one percent of those infected were hospitalized, according to the report.

In the UK, there were 953 cases of measles during this period.

In Ukraine, vaccination rates for measles, mumps and rubella fell sharply over a number of years, during the country’s conflict with Russia. Vaccinations were at 31 percent in 2016—among the lowest in the world.

While the percent of children in Ukraine who had been vaccinated had significantly improved by the end of 2017, by about 90 percent, this will need to be sustained to protect the population from further outbreaks of measles, said the WHO.

The US is also currently experiencing outbreaks of measles in New York state, New York City and Washington state, of which the US Centers for Disease Control and Prevention said began when travelers returned infected from Israel and Ukraine.

Dr Zsuzsanna Jakab, WHO regional director for Europe, said: ‘The picture for 2018 makes it clear that the current pace of progress in raising immunisation rates will be insufficient to stop measles circulation.

‘While data indicate exceptionally high immunisation coverage at regional level, they also reflect a record number affected and killed by the disease.

‘This means that gaps at local level still offer an open door to the virus.’

The measles, mumps and rubella (MMR) vaccine is given on the NHS as a single injection to babies as part of their routine vaccination schedule, usually within a month of their first birthday and again before starting school.

Haemochromatosis Is More Dangerous Than We Thought

Young People in the UK ‘More Likely to Die’ From Asthma

Group B Strep: What All Expectant and New Parents Need to Know