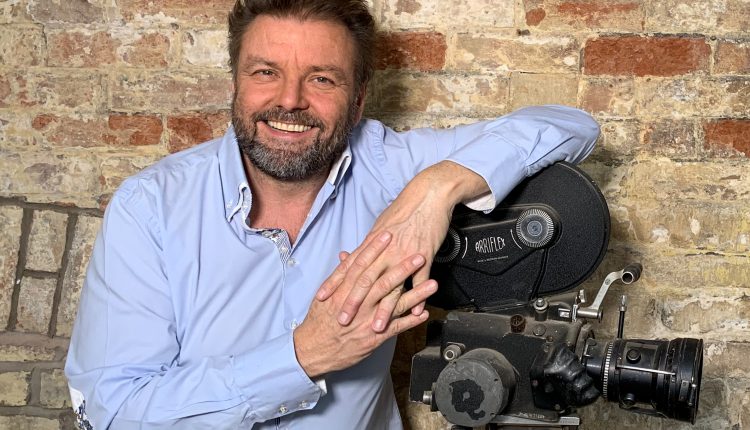 Homes Under The Hammer presenter and celebrity guest editor of Celebrity Angels magazine Property & Home, Martin Roberts, was on the verge of tears in an emotional message after he returned to work following his emergency heart surgery.

The 58-year-old was rushed to hospital last month with “hours to live” after experiencing chest pains and revealed that he would be facing an extended stay in hospital. He was told that there was “a massive amount of fluid” surrounding his heart and that an emergency operation needed to be conducted in order to save his life. He was discharged a week after the operation but has since been resting and recovering.

However, he has now returned to work and the presenter took to Instagram and Twitter to reveal the news of his comeback to his fans.

“So I’ve got some news and it’s actually pretty amazing news,” he told his 20.7k followers.

“Today is a very special day, it’s quite an emotional one to be honest because I’ve spoken to the doctors and they’ve said as long as I take it easy I’m ok to start work.

“So I am back today filming Homes Under The Hammer.“

Overwhelmed with emotion, he continued, saying: “I’m in the valleys of Wales, I never thought I’d be so happy.”

The news delighted a number of his fans as they wished him well and welcomed him back to work.

One user on Twitter said: “So pleased to hear that you are on the road to recovery and out on the road again Martin. Looking forward to seeing your show.”

While another said: “Martin that’s really good news it’s made my day the programs not the same without you wishing you all the best thank you please take care Mark.”

Speaking to The Sun, Roberts said: “I like being on the go, I’ve been presenting Homes Under The Hammer for 19 years and I’m determined to make it to 20, next May.

“There are still so many things I want to achieve, but I know I have to take things slowly from now on.”

Why is it Important to Think About the Fragrance in my Home?