Make Room for Veg: A Healthy Diet For Your Child

With 50.4 percent of all household foods in the UK classed as ‘ultra-processed’, it’s no wonder the nation’s children are being swept up in the current obesity epidemic. Swap the junk for veg in a bid to raise healthier, happier children. 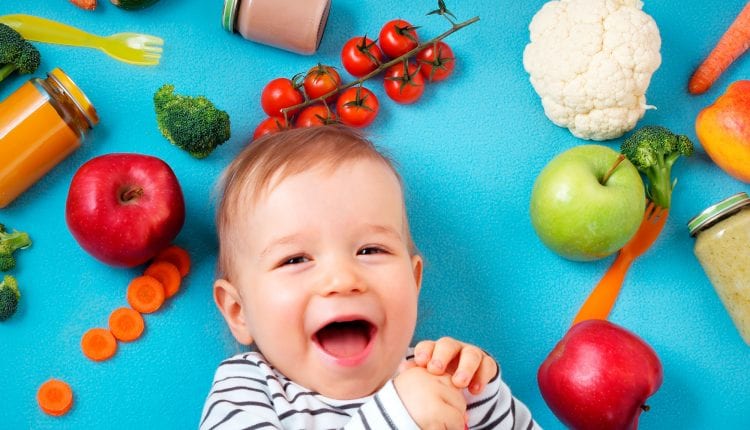 It’s true; glaring evidence suggests that our generation of children are suffering from the highest rates of obesity-related illnesses—like cardiovascular disease and Type 2 diabetes—than ever before.

According to the NHS report Statistics on Obesity, Physical Activity and Diet, one in five pupils in year six are classified as obese and just a tiny 16 percent of children in the UK consume the recommended five or more portions of fruit and veg each day.

With ‘ultra-processed’ foods (that’s everything from sugar-laden cereals to long shelf-life products with ingredients usually unknown to the domestic kitchen) dominating the average household shopping basket, it’s clear that there are more factors contributing to this epidemic than we might think.

The World Health Organisation (WHO) has reported a strong link between sugary drinks and obesity in children and stated that children should be drinking more water as part of a balanced, healthy diet. Dehydration can cause fatigue, headaches and lack of concentration. Experts advise that children drink around six to eight glasses of fluid—preferably water—each day.

The role of advertising

As modern life gets busier, convenience food is becoming a more attractive option for time-poor families. This has a knock-on effect on advertising, which now heavily influences contemporary food culture. ‘Kids and parents are exposed to a huge amount of junk food advertising making it difficult for them to navigate their way through the food environment,’ says Jo Ralling, head of communications at the Food Foundation.

‘Cartoon characters are often used on cereal packets and unhealthy products being sold at checkouts make it very hard for parents to avoid these products. More worrying is that only 1.2 percent of the food and drink advertising budget gets spent promoting healthy ingredients like veg,’ she adds.

Why Silver is the Natural First Aid Kit for Families

Should Our Kids Be On A Gluten Free Diet?

With such a large percentage of annual advertising budgets spent on junk food promotion it’s easy to see how many preventable health problems begin life on a billboard, so to speak, and levels of childhood obesity have soared.

Ralling advises that ‘avoiding shopping with the kids when they are hungry or tired can help as it often leads to frayed tempers and when parents are most likely to succumb to kids “pestering” for treats’.

A recent study by The Nutrition Society also found that these ultra-processed convenience foods are linked to some forms of cancer which may, if not tackled imminently, cause a spike in cancer cases decades from now.

The Food Foundation and several campaigning celebrities say that children are left increasingly vulnerable to excessive junk food advertising on television. Vital steps are being taken by some key organisations including the Food Foundation, whose Veg Power Fund campaign is working to build advertising funds to market vegetables to children.

Celebrity chef Jamie Oliver has even called on the government to introduce a 9pm watershed on junk food advertising in his #AdEnough campaign.

It starts at home

While systemic changes in the food industry are slow-arriving, parents can make small changes at home to fight against the threat of childhood obesity. ‘A huge amount of the confusion can be avoided if parents try and cook from scratch,’ says Ralling.

By buying raw vegetables and cooking with ingredients at home, parents can be in control of the content going into their child’s meals. Introducing babies as young as six months old to vegetables is also important. Instilling these early eating habits help to develop children’s palates for the range of interesting textures and flavours vegetables provide.

Ralling adds that ‘eating with your children and always leading by example is proven to have a great impact on kid’s habits as well.’ While recent guidelines have recommended that we should be eating up to 10 portions of fruit and veg a day, experts maintain that five portions are a good starting point for children.

BBC Good Food suggests that the amount of fruit or veg that can sit in the palm of their hand is adequate.

There’s a solid reason nutritionists advise we ‘eat the rainbow’: colourful fruits and vegetables provide the key nutrients and vitamins we need to thrive and are especially important for developing babies and children.

Red. Find vitamins A, B and C in red-coloured foods like red peppers and strawberries. Tomatoes contain a vital antioxidant called lycopene, which has been linked to reducing the risk of heart disease and cancer.

Orange. Packed with nutrients, orange foods like (you guessed it) oranges and carrots are filled with beta-carotene which the body converts into vitamin A—essential for healthy skin, a strong immune system and good eye health.

Green. The powerhouse colour of the food rainbow, greens like spinach, kale and broccoli are rich in calcium, magnesium and potassium and are a great source of vitamins B, C, E and K.

How to Navigate Fussy Eaters

Our Top Food Picks to Support Your Growing Child