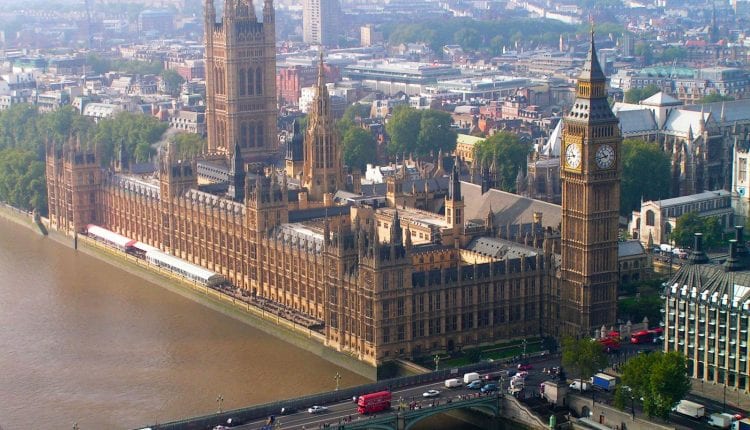 From Saturday October 17th, London will move into the Tier 2 coronavirus alert classification, meaning that millions of Londoners will face tougher measures including a ban on households mixing indoors. The Essex area is expected to follow.

Local MPS have been warned of the moves which will be officially announced this week.

Talks continue between the government and local leaders over the expansion of the strictest coronavirus restrictions to more parts of England, with Manchester expected to follow Liverpool into Tier 3, the highest level, by the weekend.

London Mayor Sadiq Khan said that there was “simply no other option” than to move to a higher level in light o the rise in coronavirus cases in the capital.

“Nobody wants to see more restrictions but this is deemed to be necessary in order to protect Londoners,” Mr Khan said. He added; “We’ve got a difficult winter ahead.”

MPs in Greater Manchester and London were both invited to join ministerial calls on Thursday morning, and Health Secretary Matt Hancock is due to update MPs on the latest measures in a Commons statement later today, October 15th.

Meanwhile in France, President Emmanuel Macron has announced a night-time curfew in Paris and eight other major cities to try to curb the rapid spread of coronavirus.

The curfew from 21:00 to 06:00 will come into effect from Saturday, and will last for at least four weeks, possibly up to six, Mr Macron said in a televised interview. It will apply to Paris and its suburbs as well as Marseille, Lyon, Lille, Saint-Etienne, Rouen, Toulouse, Grenoble and Montpellier. Around 22 million people will be affected. A general public health emergency has also been declared.

France became the ninth in the world to surpass 33,000 deaths from the disease, and a further 22,951 cases of Covid-19 were confirmed on Wednesday October 14th. “We have to act. We need to put a brake on the spread of the virus,” said Mr Macron. Now was not the time for “conviviality”, he explained, saying that the virus is spreading at parties and “festive evenings”.

In Germany, bars and restaurants in higher-risk areas will be forced to close early, as the country recorded more than 6,000 new infections in a day. Private gatherings will be limited to 10 people from two households.

A partial lockdown has come into force in the Netherlands, with cafes and restaurants closing, and in Spain’s the north-eastern region of Catalonia said that bars and restaurants would close for 15 days from Thursday.

The Czech Republic, which has the highest rate of infection in Europe over the past two weeks, at 581.3 cases per 100,000 people, has shut schools and bars, and Poland has reported 116 deaths in the past 24 hours – its highest number since the start of the pandemic – and a record 6,526 new cases.

In Belgium, officials have warned that if current rates of infection continue, all the country’s 2,000 intensive care beds could be filled by mid-November.

In Ireland, there is a ban on household visits from Thursday night, though childcare and visits on compassionate grounds will be allowed.

The news comes as researchers suggested that “Long Covid”, the long-lasting symptoms following coronavirus infection, may consist of four different syndromes which subject people to a “rollercoaster of symptoms”.

The summary by the National Institute of Health Research of existing studies suggested that the four syndromes are:

The NIHS research also suggested that ‘long COVID’ could have a psychological impact.

Report author Dr Elaine Maxwell said she had assumed that those who had been most seriously ill with Covid-19 would be affected the most, and that those at low risk of death were also at low risk of living with its long-term effects. But the results of the study suggest that ‘Long COVID’ doesn’t seem to discriminate between people who have been seriously ill and have had hospital treatment, and those who have had a minor infection and may not even have been diagnosed or treated.

See also: ThinK Before you DrinK

“It is becoming clear that, for some people, Covid-19 infection is a long-term illness,” the report says. “For some, this is related to their rehabilitation following a hospital admission – but others are reporting life-changing experiences that follow an initial infection that they managed at home, with symptoms becoming more severe over time.”

The review says that these debilitating effects on some people could put a “significant burden on the NHS”, and that coming up with a “working diagnosis for ongoing Covid-19” would help people access support.

Read more here about how from Saturday October 17th, London will move into the Tier 2 coronavirus alert classification, meaning that millions of Londoners will face tougher measures including a ban on households mixing indoors, and the Essex area is expected to follow.