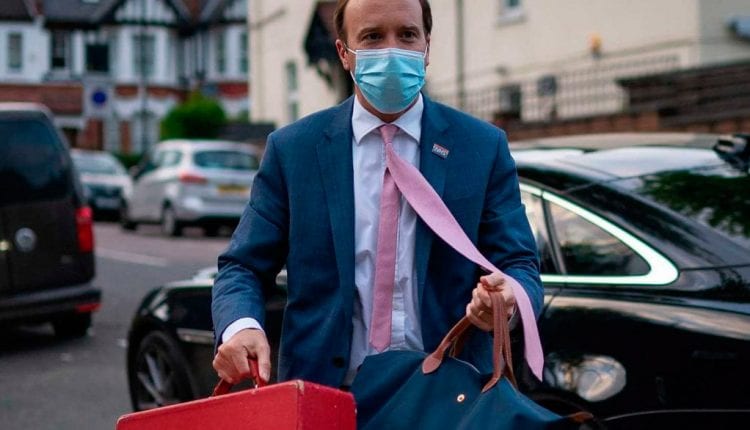 Prof Neil Ferguson, the expert on the spread of infectious diseases, has spoken out on the spread of the Indian variant of coronavirus in the Uk, saying that it puts the plans to ease lockdown on June 21st at risk.

“So it’s now in well over the majority of local authority areas in the country and is now the dominant strain,” he told BBC Radio 4’s Today programme.

“That’s obviously concerning. We’re still working on trying to assess exactly how much more transmissible it is.

“On top of that, we know that it partially evades the immunity generated by vaccines. Thankfully, if people have had two doses then there is still a large amount of immunity, protection, remaining but it’s not quite as good as it was before.”

He added that the next step of lockdown easing, planed to happen on 21t June in England – “is rather in the balance”.

“The data collected in the next two to three weeks will be critical,” Prof Ferguson said.

“On the positive side, we do have very low infection levels still.

“The key issue as to whether we can go forward is: will the surge caused by the Indian variant – and we do think there will be a surge – be more than has been already planned in the relaxation measures?”

Early indications are that existing vaccines are protecting the elderly against the Indian variant. Most of the people hospitalised with COVID-19 after contracting it have not been vaccinated, said Health Minister Matt Hancock on Monday.

There were 2,323 confirmed cases of the B.1.617.2 variant, and in the north-west town of Bolton, the majority of the 19 who had been hospitalised had not been vaccinated even though they were eligible.

“This shows the new variant is not tending to penetrate into older vaccinated, groups, and it underlines again the importance of getting the jab,” Matt Hancock told parliament.

The government has backtracked over travel advice for the eight areas worst hit by the Indian virus variant, after an unannounced change in guidance led to widespread confusion.

But after admitting that this had caused confusion, and following complaints from local councils who had not been informed of the guidance, it was amended to advice to minimise travel into and out of the areas.

A spokesman said: “We’ve updated the guidance online to make it clearer that these are not local restrictions and we do acknowledge the confusion this caused [on Tuesday].”

Many people in those areas cancelled plans at short notice after it emerged on Monday that advice specifically for those eight areas had been published the previous week without any government announcement. The new advice, published on Tuesday evening, advises people in the affected areas to meet outdoors and to stay two metres apart from anyone in other households when possible.

The advice refers people to their local authorities’ Covid guidance, and says that anyone travelling to counties on the red or amber travel lists should arrange “a testing or managed quarantine package”.

See also: How Do You Choose the Right Shoes for Your Growing Children’s Feet?

But shadow Foreign Secretary and MP for Wigan, Lisa Nandy, said that people in many areas had “stopped listening” to official advice, and that confused messaging had undermined public trust.

“We woke up on Monday morning to find apparently that guidance had been in force on the government’s website since Friday, telling us not to move in and out of affected areas but nobody had bothered to tell us… to treat us as an afterthought on a government website is to treat people’s lives with absolute contempt” she said.

On Tuesday afternoon, local councils for the eight areas, together representing more than two million people, met with government officials and insisted that there were no restrictions on travel in their areas and “no local lockdowns”.

They said they were working to increase local vaccination and testing, with Kirklees the latest area to announce door-to-door testing, as well as to support people self-isolating. Greater Manchester Labour mayor Andy Burnham said that confusion over the advice was a “major communications error” which had a “major effect on people’s lives”, and Norma Redfearn, Labour mayor of North Tyneside, said “after a day of confusion” it had been confirmed the area was “at the same stage of the road map as the rest of the country”.

Speaking on the Today programme, Dr Bharat Pankhania, an infectious disease expert who advises local authorities on health plans, said that confused government messaging was leading to a fall in cooperation from the public. He said: “When people like us in local authorities start changing the game plan or do things without really explaining our actions, they stop eventually listening to us.”

Overall cases of coronavirus are at their highest rate for six months in Bolton, at 452.1 cases per 100,000 people. People aged 30 and 31 in England are now being invited to book an appointment to receive their first dose of Covid vaccine, and the NHS is urging these million or so to take up the offer of a vaccination at one of the 1,600 available locations, including mosques, museums, rugby grounds and pharmacies.

Nearly three-quarters of adults in the UK have already had one vaccination, and more than two-fifths have had their second.

On Tuesday 25th May, there were 15 new deaths reported in the UK within 28 days of a positive test, and 2,493 new confirmed cases.

See also: Should Kids Get the Jab for Indian Covid?

For Decorating Success, Reach for FrogTape®