Liven Up Your Diet with these Unlikely Nutritious Foods

Some foods, which have a reputation for being unhealthy and fattening, are surprisingly healthy—Dear Doctor investigates. 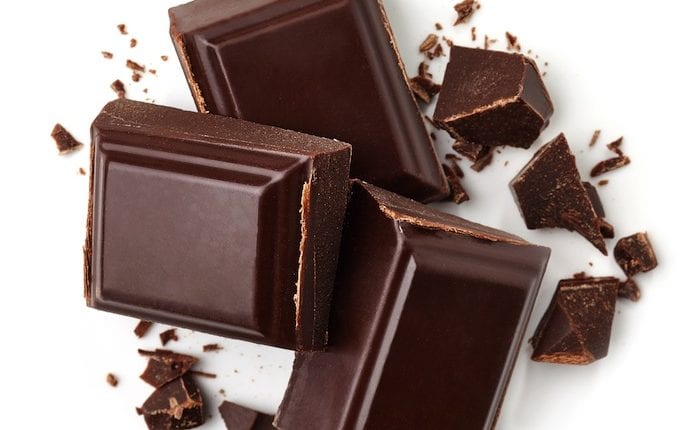 Tea, coffee, red wine and chocolate may seem like dieting disasters. Most people associate them with gaining weight or treating themselves. But these seeming indulgences—alongside fatty fish and mushrooms—can have properties that facilitate our body’s fight against disease and infection.
It’s true. Some of these ‘superfoods’ are rich in antioxidants, which are believed to combat cancer-causing ‘free radicals’ (unstable molecules that damage cells). Others promote heart health with their rich omega 3 content, and may even be able to cheer you up when you are feeling down.

Dear Doctor has compiled a list of the top five most unlikely nutritious foods.

Taking the crown of unlikely nutritious foods is tea—any variety that derives from the leaves of the Camellia sinensis, including black, green, white and oolong. While the jury is still out on some of the potential health benefits of tea, there appears to be compelling evidence for its ability to reduce the risk of heart disease and lower cholesterol.

Tea’s ‘magic’ ingredient is catechins—a type of flavonoid from the family of disease-fighting antioxidant phytochemicals (biologically active compounds) also found in fruits, vegetables and red wine. But not every cup of tea is bursting with antioxidant goodness. The longer you brew your tea, the more of those coveted health extracts your beverage will contain.

Interestingly, tea with caffeine boasts more phytochemicals. And iced tea, which is typically diluted, is not as good a health source as hot tea. If you add milk or sugar to your tea, do so sparingly—these additions can turn a naturally noncaloric tea into a high-calorie beverage.

A study of 40,530 Japanese adults found those who drank more than five cups of green tea a day had a 26% lower risk of death from heart attack or stroke, and a 16% lower risk of death from all causes than people who drank less than one cup of green tea a day. And a 2011 meta-analysis of 14 randomized, placebo-controlled clinical trials found that green tea significantly lowered LDL cholesterol and triglyceride levels

Does Your Body Need A Summer Detox?

We have some good news for chocolate lovers. According to a study published in Hypertension, small portions of dark chocolate may help reduce blood pressure, LDL—the ‘bad’ cholesterol—and the risk of diabetes by boosting insulin sensitivity. These health benefits arise due to the flavonoids found in dark chocolate—similar to those found in tea, red wine, fruits and vegetables.

In another study, reported in the Journal of the American Medical Association, researchers found the flavonoids in dark chocolate helped prevent stiffening of blood vessels in adults aged 50. A well-conducted 2012 review of the best available evidence on the effects of chocolate on blood pressure conclude that cocoa products—including dark chocolate—may help slightly lower blood pressure.

The chocolate used in the above studies contains high levels of flavonoids and has a bittersweet taste—very different from the creamy, milk chocolate many Brits enjoy. The flavonoids derive from extract of the cocoa bean, which has a naturally bitter taste. If you choose dark chocolate with a high (70 percent) cocoa content, you’ll get more of these health-enhancing antioxidants.

Of course, all chocolate—including dark, white and milk— has both positive and negative attributes. Synthetic chocolates like Dairy Milk are high in saturated fat and sugar, which can lead to weight gain. Still, dark chocolate can be a tasty treat to replace other sugary snacks with little or no nutritional value whatsoever.

So you can enjoy small portions of dark chocolate as part of a balanced and healthy diet.

Drinking too much coffee is not great for your overall health and wellbeing. This caffeine-rich beverage artificially increases your heart rate and can interfere with sleep. However, cutting it out completely may be unwise.

There are a surprising number of benefits to be reaped from drinking coffee—both caffeinated and decaf. A growing number of studies suggest those who drink coffee are less likely to have Type 2 diabetes, Parkinson’s disease, and dementia. A 2005 study of more than 193,000 people found that those who drank more than six or seven cups of coffee daily were 35 percent less likely to have Type 2 diabetes than those who drank fewer than two cups daily.

Coffee also contains minerals such as magnesium and chromium, which help the body use insulin, the hormone which controls blood sugar (glucose) levels. Coffee may counter several risk factors for heart attack and stroke. The same positive effects can also be observed in decaffeinated coffee.

But can an indulgent beverage really be beneficial to our health?

A lot of studies, which claim red wine can be good for us, cite the presence of resveratrol—a compound believed to offer a number of benefits—as one of the main reasons. The resveratrol in wine comes from the skins of red grapes. Blueberries, cranberries and peanuts are also sources of resveratrol; and it is also available in supplement form. Evidence suggests that, in some forms, resveratrol may boost cardiovascular health and protect against cancer.

Small quantities of alcoholic drinks, and especially red wine appear to boost levels of omega 3, the fatty acids believed to protect against heart disease. and in 2006, scientists in the UK found that procyanidins, compounds commonly found in red wine, help keep blood vessels healthy. Red wine has also been linked to the prevention of all sorts of cancers from prostate to lung.

Setting this aside, it is vital to remember that drinking too much alcohol can have disastrous effects on your life and health, contributing to addiction, depression, mental health issues, fatty liver disease and more.

While you can enjoy the odd glass of red—safe in the knowledge it may actually do your health some good—you should never drink to excess.

Most of us associate a colourful diet with a healthy diet. ‘Eat your greens’, we are continuously told. For this reason, you may think mushrooms just add flavour and have no real nutritional value. However, they are the only vegetable source of vitamin D—a nutrient many people are deficient in these days.

We all know vital vitamin D can be soaked up through the sun’s rays. But what if the drizzly British weather and a hectic work schedule, won’t allow for a relaxing sunbathe? A study found one serving (four to five white button mushrooms) could boost vitamin D levels after exposure to just five minutes of sunlight. In addition, many popular mushroom varieties such as white and portobello are good sources of B vitamins like riboflavin and niacin.

Like carrots, green tomatoes, peppers, pumpkins and other whole foods, mushrooms are high in antioxidants. This means they can help fight against harmful free radicals and, in turn, combat cancer. One cup of grilled portobello mushrooms and one cup of stir-fried shiitake mushrooms provide about three grams of fibre, which benefits the immune system and reduces the risk and heart disease and metabolic syndrome.

Here Comes the Sun: Stay Safe in the Sun

What’s The Deal With Prenatal Vitamins?