Limited Screen Time For Children Has Been Linked to Better Cognition

Screens are taking over our lives, and a new study has shown what they can do to children. 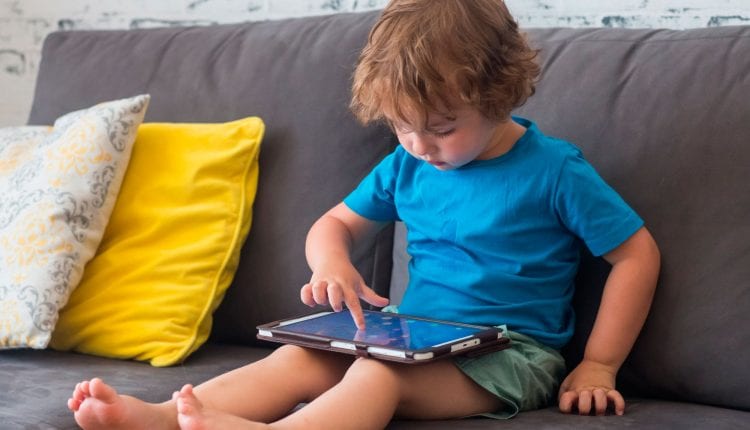 A US study of 4,500 children has shown that limiting recreational screen time to less than two hours a day is associated with improved cognition. According to research published in the The Lancet Child & Adolescent Health journal, combining limited daily screen time with nine to 11 hours of sleep and physical activity is best for a child’s performance.

The study measured the habits of children, ages eight to 11, against the Canadian 24-Hour Movement Guidelines for Children and Youth. Results found that 51 percent of children got the recommended nine to 11 hours of sleep per night, 37 percent adhered to the recreational screen time limit of two hours or less per day, and only 18 percent met the physical activity recommendation of at least 60 minutes per day.

Thirty percent of the children met none of the recommendations at all, and only five percent met all three.

On average, the participants had 3.6 hours of recreational screen time per day.

The study also included a test, which assessed the participant’s cognitive skills—including language, memory and attention. The results showed that children who met the recommended 24-hour guidelines performed better than children who did not.

Having less than two hours of screen time a day was the one factor that was most linked to a better performance in the test.

Dr Jeremy Walsh, lead author of the study said: ‘Based on our findings, paediatricians, parents, educators, and policymakers should promote limiting recreational screen time and prioritising healthy sleep routines throughout childhood and adolescence.’

The authors also acknowledged some of the study’s limitations, such as its inability to prove a causal link between screen time and cognition, and the fact that the data was self-reported. The study also did not look at the types of activities that the children are undertaking during screen time.

Want Your Kids to Grow Up Healthy? Live Near Woodlands

Researchers said that more work was needed to understand the effects of different types of screen use. Dr Walsh also suggested that educational TV programmes might have cognitive benefits.

‘I think that the overarching goal here is that parents should consider the whole 24-hour day of their children,’ Walsh said.

And put realistic rules or limits in place for how long they are on their screens for, having bed time rules, and making sure to encourage physical activity.’

Screen time has been the subject of much debate in recent research, with awareness organisations suggesting guidelines and tech-free zones for the management of children’s screen time.

‘Each minute spent on screens necessarily displaces a minute from sleep or cognitively challenging activities. In the case of evening screen use, this displacement may also be compounded by impairment of sleep quality,’ said Dr Eduardo Esteban Bustamante, University of Illinois, in a linked comment.

Dr Kirsten Corder, a senior investigator scientist at the University of Cambridge, who was not involved in the study, also made a statement:

‘These results will hopefully stimulate further research using techniques that allow researchers to explore how multiple behaviours may interplay to benefit cognition and health.’

It seems that all three of the study’s dependent variables are interconnected when considering a child’s health and cognitive functioning.

The Pros & Cons of Detox Diets

Your Guide To Kids’ Winter Clothing