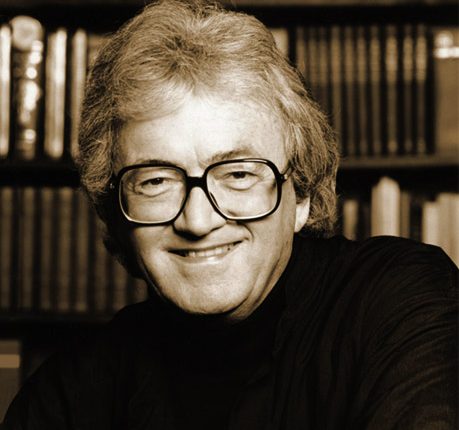 British Oscar and Grammy-winning songwriter Leslie Bricusse, who was behind songs from the 1971 Willy Wonka film and some of the best-know James Bond film theme songs, has died at the age of 90.

His son, Adam Bricusse, declared the news of his death on social media, saying he “passed away peacefully.” Close friend, Dame Joan Collins, also showed her respect on Instagram, calling labelling Leslie Bricusse as “one of the greatest songwriters of our time”.

Collins added: “He and his beautiful Evie have been in my life for over 50 years. I will miss him terribly, as will his many friends.”

Bricusse’s agent confirmed the news “with a breaking heart” stating that he passed away in his sleep on Tuesday morning in Saint-Paul-de-Vence in France.

Bricusse had an extremely decorated career lasting 70 years and was renowned in the theatre industry. Some of his best songs featured in movies such as Goldfinger and Willy Wonka and the Chocolate Factory, but he also composed works for Harry Potter, Doctor Dolittle and Goldfinger, which he worked on alongside Anthony Newley.

In 1963, he won a Grammy award for the song What Kind of Fool Am I? from Stop The World I Want To Get Off, as well as two Oscars, one for best song in 1968 for Talk To The Animals and for best adaption and original song for Victor/Victoria in 1982.

When asked about the awards in 2015, he said:  “The Oscars are brilliant. If the whole world was run by the Oscar committee it would be a much better place.

“I have nothing but admiration for them. I’m playing par – I’m 10 nominations and two wins. So if you reckon you win one in five, I’m on par,” he said.

Bricusse was also awarded the OBE in 2001 and was also a member of the songwriter’s hall of fame.

Tributes have been flying in from people across the entertainment industry. Comedian David Walliams paid tribute on Instagram by saying: “A fond farewell to my friend the legendary songwriter Leslie Bricusse.

“His list of songs is iconic. Goldfinger. You Only Live Twice. Feeling Good. Pure Imagination. The Candy Man. Talk To The Animals.

“Leslie was the best company. The greatest storyteller. The perfect host. The kindest man. It was an honour to know him.”

My first ever professional role was in Roar of the Greasepaint musical. We’ve been friends for many years. My heart & prayers are with Evie & his family tonight.”

Piers Morgan also paid tribute, as he took to Twitter to say: “RIP Leslie Bricusse, 90. Songwriter extraordinaire, and a delightful man. Penned many of the greatest movie lyrics incl Bond themes from Goldfinger & You Only Live Twice, and had one of the great showbusiness marriages to his beloved Evie for more than 60 years.”

Bricusse won born in January 1931 and grew up in Pinner, north west London. He went onto study modern and medieval languages at the Cambridge University where he also became the president of the drama club at the institution know as Footlight Revue Club.

He went on to marry Yvonne Warren, also known as Evie, in 1958 and have since had a resilient and long-lasting marriage. She survives him, as do their son, Adam and their two grandchildren, Roman and Luca.

In his autobiography, Pure Imagination: A Sorta-biography, he described himself as “one of the luckiest people I know, second only perhaps to Ringo Starr.”

“It’s not really an autobiography. It’s about incidents rather than my entire life, and it’s about other people as much as me. I just put down the things I remembered!”

SEE ALSO: Paul McCartney Exposes Who “Instigated” The Breakup of The Beatles