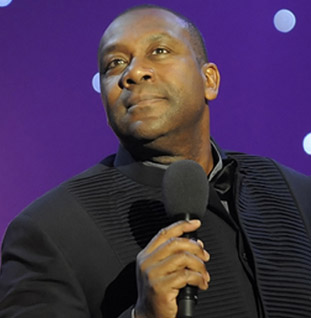 Speaking about the World Food Awards, Lenny Henry said,‘This is a fabulous event and it gives me a tremendous amount of pleasure to see the range of food products and increasing quality of nominations each year. Food is at the heart of every culture and community, and the diversity that we see in the world food sector is a reflection of where we, as consumers, are heading; opening up our hearts, minds and kitchen cupboards to an exciting world of flavours.’

The World Food Awards, which have established themselves as a focal point of the UK world food calendar, are open exclusively to companies specialising, promoting or stocking products from the following communities: Asian, Oriental, African, Afro-Caribbean, European, East-European, Middle Eastern, South American and Mediterranean.

However, it’s not just the big brands that can take part. Lenny Henry says, ‘One of the very special elements of World Food Awards is that we see the likes of high street giants sitting alongside entrepreneurs and businesses that started with a single idea or product and are now competing on the same platform.’

Organisers of the World Food Awards highlighted a shake-up in the categories this year, with a total of ten awards being presented on the evening. This year, there will be some new catogories introduced into the awards, including ‘Best New Products of the Year’ and ‘Exporter of the Year.’