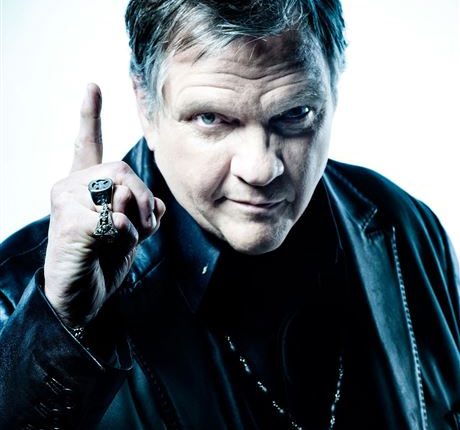 Meat Loaf, who was best known for his Bat Out Of Hell Album, has died at the age of 74.

The news confirmed on the singer’s Facebook page by his family.

The statement read: “Our hearts are broken to announce that the incomparable Meat Loaf passed away tonight with his wife Deborah by his side. Daughters Pearl and Amanda and close friends have been with him throughout the last 24 hours.

“His amazing career spanned six decades that saw him sell over 100 million albums worldwide and star in over 65 movies, including Fight Club, Focus, Rocky Horror Picture Show and Wayne’s World.

“Bat Out of Hell remains one of the top 10 selling albums of all time.”

The post added: “We know how much he meant to so many of you and we truly appreciate all of the love and support as we move through this time of grief in losing such an inspiring artist and beautiful man. We thank you for your understanding of our need for privacy at this time.

“From his heart to your souls… don’t ever stop rocking!”

The Grammy award winner, whose real name is Marvin Lee Aday, passed away on Thursday 20th January with his wife, Deborah, by his side.

Paul McCartney Exposes Who “Instigated” The Breakup of The…

Like a Bat Out of Hell: Jim Steinman’s 10 Greatest…

Meat Loaf was an iconic figure within the rock scene and had big hits such as I’d Do Anything for Love which reached number one in 28 countries, Paradise by the Dashboard and Two Out of Three Ain’t Bad. All three songs featured in one of his best loved and bestselling albums in history, Bat Out Of Hell. The memorable debut album sold in excess of 40 million copies worldwide and currently sites as the fourth biggest selling record of all time.

The album was also turned into a stage musical and is said to be based on Peter Pan. It premiered in Manchester in 2017, and picked up two West End runs, numerous tours, and productions in the US and Australia.

Meat Loaf was also known for appearing on our screens with performances in films such as The Rocky Horror Picture Show as well as other box office hits including Spiceworld: The Movie, Wayne’s World, Fight Club and The 51st State.

The star was born in 1947 in Dallas, Texas as an only child of Wilma Artie, a school teacher and Orvis Wesley Aday a police officer. He always loved to sing and act during his time at school. He attended Lubbock Christian College and what is now the University of North Texas. His mother died when he was a teenager, when he created his nickname Meat Loaf, supposedly either coined from a childhood football coach commenting on his weight. or his favourite recipe of his mother’s. His musical career kick-started during the late sixties when he created his first band called Meat Loaf Soul.

Later on in his career, Meat Loaf spoke openly about his health struggles, especially asthma. This led him to collapse on stage during a concert in Pittsburgh in 2011, and in 2003 he collapsed at Wembley Arena in London and was admitted to hospital.

Tributes have been flooding in for the American icon from the world of music and entertainment.

Cher, who famously duetted with Meat Loaf on the track Dead Ringer for Love, recalled the occasion saying: “Had So Much Fun With Meatloaf When We Did “Dead Ringer”. Am Very Sorry For His Family, Friends, & Fans. Am I imagining It, or Are Amazing Ppl In The Arts Dying every other Day.”

Broadcaster Steve Fry tweeted: “I hope paradise is as you remember it from the dashboard light, Meat Loaf. Had a fun time performing a sketch with him on Saturday Live way back in the last century.”

Fellow singer Boy George said: “R.I.P Meatloaf. Love and prayers to all his family and close friends. He once turned me upside down in a Chinese Restaurant in St Johns Wood.”

Music producer Pete Waterman told ITV’s Good Morning Britain: “It’s like when your partner does go, it takes a part of you away. I don’t think you can ever work out what that effectively does to you personally. So, I think that must have had some impact.

“But he was an amazing character. I once sat on a plane with him to New York and he took a box, like a cold trunk full of beef burgers. It was amazing, what that boy could eat, I’ll tell you – he could eat.

“Meat Loaf was Meat Loaf. His size was part of the whole legend. It was his voice – you know, you knew what you got with Meat Loaf. It was 100 per cent of everything.”

SEE ALSO: Who is the New Batgirl?

What is Myopia and What Can Be Done for Short-Sighted Children?